A simple slice of life as an academic.  No chair was assigned for the session Z13 in which my theoretical research was presented along with great work in varying fields but with related themes.  Waves, and/or fluids connected all that was discussed.  The research I found most interesting was not my own.    My peers in the session elected me to the honored position since none was assigned.  Likely because APS trusted us not to act in appropriately. Many other sessions which presented research did not have chairs.    Other than calling time on the questions for my own talk, an audience member did that for me.   I honestly felt that it would be taking the easy way out when asked some interesting hard questions by a Post Doc at Argonne National Laboratory.   This is something I might be interested in doing in a more official way one of these days. 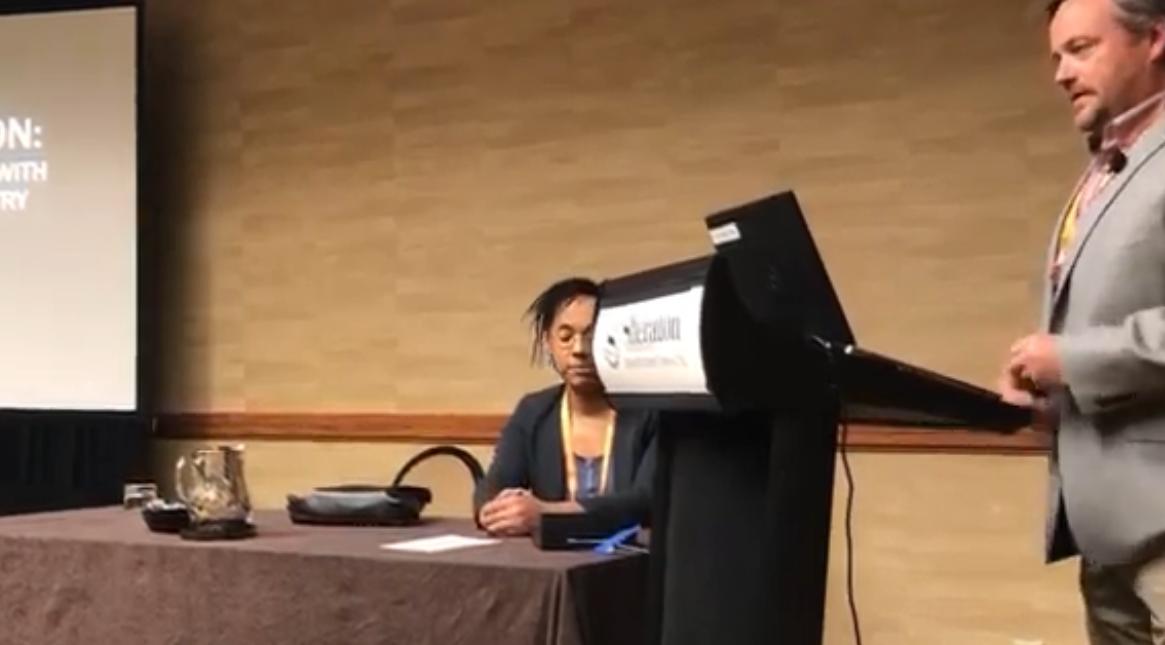 In my last blog post on the April APS meeting I went to work was discussed which was about an effort to use machine learning to create programmable “theoretical physicists”.  Algorithms that would apply known techniques to known data to assess the credibility of a model based on said data.  With as few priors as possible.  This is good in that it could save time and eliminate possible bias from assessments of which theory could be right.  This post  will look at two little known but not crazy theories.   Every mainstream theory was once in this same category.

Session Z 13 had a good mix of theory and applied physics.    I will here present them in a logical order rather than the order scheduled.

Applied Physics, The Most Important Area.

Even though I am a theorist. I feel that the most important work we do is in applying physics to real peoples lives right now.  These two talks described work that could change or save people’s lives in the near future.  My description from memory can hardly do them justice.

“Atomic Layer Deposition for Improving Surface Roughness of Microfluidic Injectors for XFEL and Synchrotron Sample Delivery,” Lars Paulson , NSF BioXFEL  SUNY Buffalo .   Paulson presented work on how to make 3D printed parts with atomic scale smooth surfaces.  Think of all the areas of application for such work.  Right now, 3D printed materials have lots of bumps and rough edges that have to be smoothed over.   The process he has helped develop could have countless industrial and medical applications.

“Meta-nonlinearity and plasma effect to explain pulsed light transmission through a subwavelength plasmonic metal slit”, Kuan-Ren Chen, National Cheng Kung U, Tianan, Taiwan.   His work was so intricate and detailed.  It deals with the passage of light through slits of wavelength smaller than the slit. As a theorist I see no reason this would not be possible as it is a matter of probability whether a particle will penetrate a barrier or not.   What he observed was a periodic light that self-beats with it’s original frequency.   A new type of nonlinear optical response.  What really sticks with me though was when he described what his work with his US collaborator is in pursuit of.  Creating small wave length highly collimated beams of light for use in medical imaging as in cancer cells.   Something which if it works can have a real impact on real people.

Fluids and Realizations of Quantum Theory.

“Spin dynamics of walkers in a rotating bath” - Akshunna S Dogra MIT
I was really looking forward to hearing about this.  He did not show so instead I will include this very good video from Derrick Muller of Veritasium about the same general subject.   In short it uses the interaction of droplets of fluid on a 2D surface as an analog for quantum mechanics.

In brief, his work is a realization of how the type of physical model seen above could be applied to the 4D world.  While I am no longer pursuing quantization, I don’t begrudge those who do.  The reasoning behind it is like that used in M-Theory but simpler, more concise, and free of some of the baggage (SUSY) that M-Theory has.    As he has posted video I will let him speak for himself.

Work which seems to be on the nature of consciousness.  Strange as it sounds theorist and physicist have tried to apply quantum theory to the mind to try and explain how conscious behavior arises.  The mainstream theory is that consciousness is simply a function of a complex enough brain.   However, a minority believe that it takes quantum physics to explain this phenomenon.   I don’t know enough to pass a judgement on this subject.   I do think that the mathematics of quantum theory can be applied to thinking of how our brain processes certain information.  Especially when it comes to our binary choices, attraction to man or woman, fight or flight, etc.  However, is it really quantum? Probably not, however, the inner workings of our own minds are a deep mystery.

Last on this list I place my hypothesis of everything.  I have written much about it and will likely write more.  So I will not belabor it now.  Here are the slides.

As I recall the very sharp post Doc asked the question.  How can I say the plot of gravition-graviton wavefunction is similar to the black hole black hole observation from LIGO?  While they don’t match wiggle for wiggle both are Mathieu functions.    They result from solving similar differential equations.   The main difference being the length scales involved.

Another sharp one asked.  IF these match data could that be a coincidence.  My reply, if theories matching data is a coincidence it is the coincidence that all physics is based on.

Thanks to the person who called time since I had spoken / answered questions for almost 20 minutes.  It didn't feel right to use that escape hatch for myself.   Besides, I like good hard questions made in good faith.

What was being an acting unofficial session chair like?

Given that everyone was a professional for the most part it was a fun experience.  In fact it was more of an experience than presenting my own work.  What I love most about going to the APS conference, which I only do every couple of years, is seeing other peoples work.   Their work inspires me, and stimulates me.  When I see what the highly motivated undergraduates do it makes me push my AS/AA students to do the same since they deserve the same level of experience as those already in BA/BS school.

When I see what others my age to it pushes me to work harder ... to work smarter.

Lastly there is the networking possibility.  My talk had people in it from Chicago working in areas that could inform my own and I was glad to meet them all.

Howard Perko pointed out to me a fun fact.  Right now if you use the popular LaTeX authoring tool Authorea to create a set of slides for a APS talk.  A slide deck I created for the 2015 meeting shows up as a template.  Apparently others have found at least one thing I do useful.  He he he.