Hontas Farmer
Brian Greene would say that those who doubt string theory just lack vision or  the capacity to understand it.  Balderdash!  String Theory is a beautiful system of mathematics which can be use to construct physical theories ...but it is not science. Just as the common sense of the little boy at the end of the fairy tale won out so too will experiment and experience.  String theory has predicted and ballyhooed that this or that accelerator would find the super symmetric partner particles.  They have not been found!  The stringy lumineferous aether of late 20th and early 21st century physics will in due time be relegated to the series of tales of dead ends.  However, some of the ideas of string theory will still influence the physics of the future.  If nothing else, in terms of nomenclature, and as a cautionary tale for any who want to underplay the fundamental role of experiment.

Let me show you my friends what theoretical physics is supposed to look like.
The shortest way to do that is to share a link to my talk given at the APS "April" conference last January.

Here was the "money plot" from that theoretical and numerical study (Published in March 2015 DOI:10.15200/winn.142574.40936).  Using the "Relativized Extended Standard Model", a version of the standard model re written to be valid in an arbitrarily curved dynamic space time with a direct interaction between the Higgs and gravitation.   I calculated the graviton-graviton scattering amplitude.   Then, I used  that to find a potential function ( Cosh(x) where x is the magnitude of the position 4-vector).    Next, I set up a Schrodinger type equation and solved it using Wolfram Mathematica.  The solutions were in the form of Mathieu Functions  (This detail will be important later).  This plot is of that solution to the equations I derived. 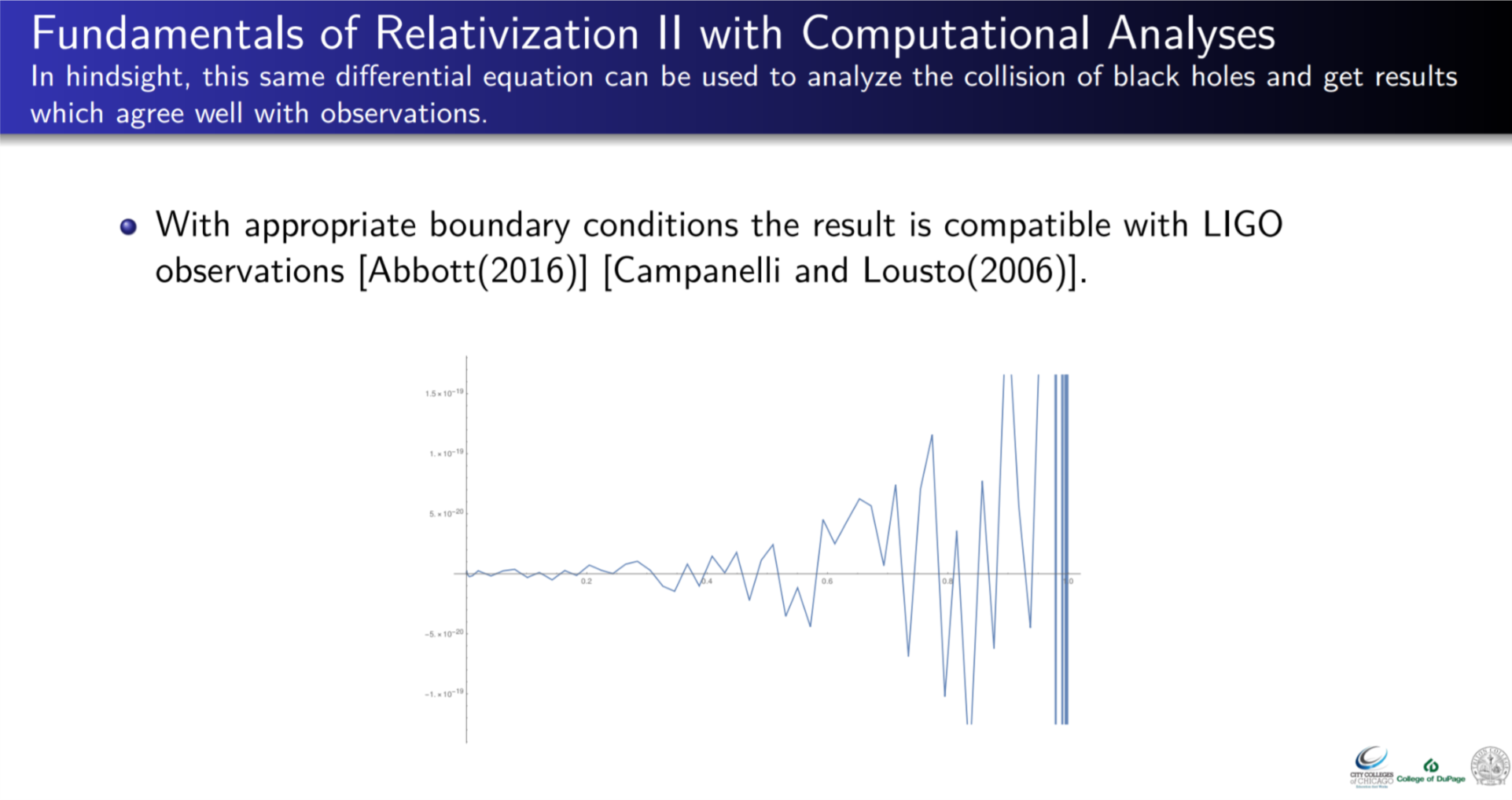 That is a theoretical prediction for the wave form that one would get from graviton-graviton interaction in the framework of relativized quantum field theories using the simplest relativized extension of the standard model of particle physics to included dynamically curved space time and graviton interactions. 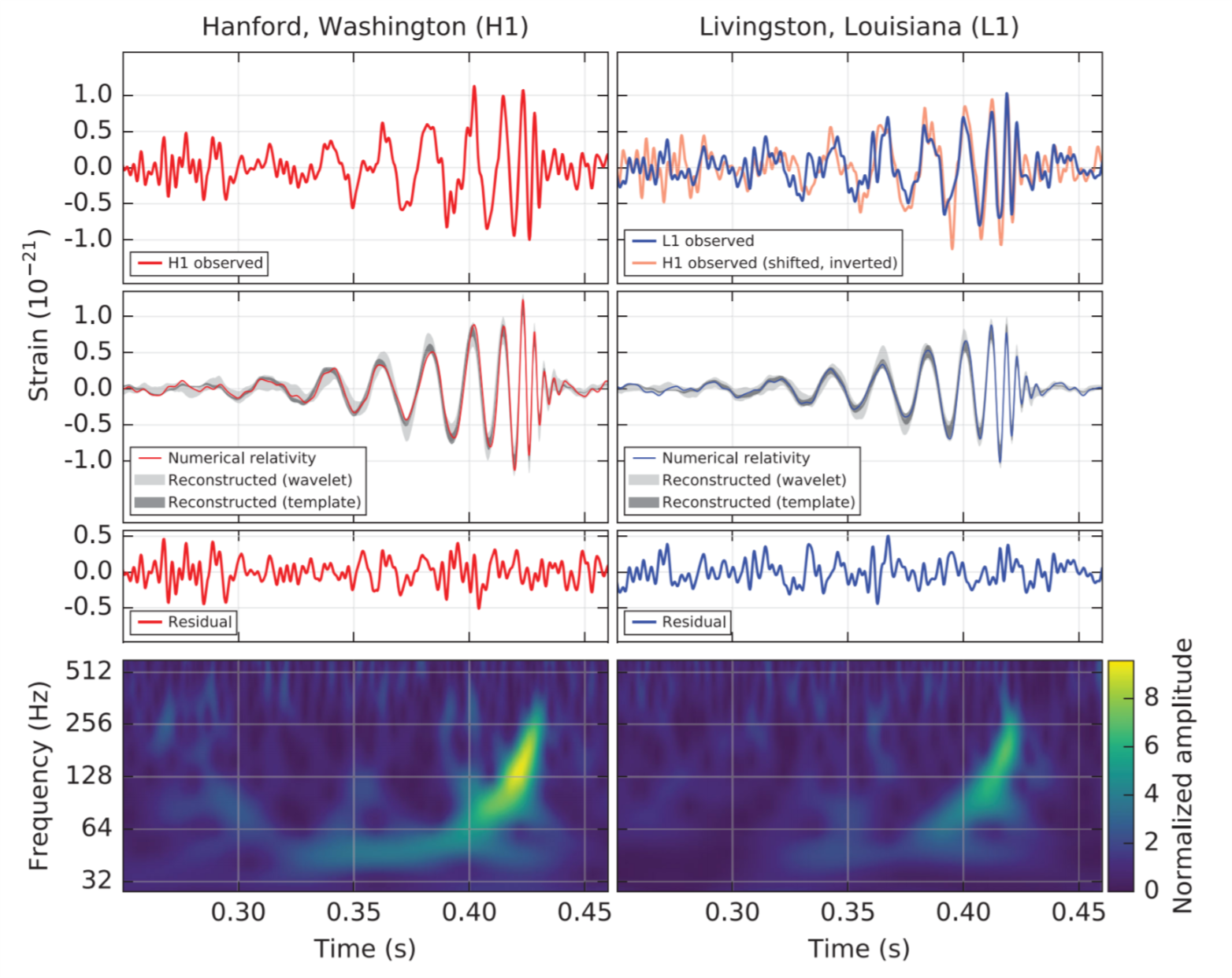 One needs only to look and it does not take a PhD to see how much my plot resembles the observation made almost a full year after the prediction.

No excuses, no bs it just works out and matches reality.  That is what theoretical physics does.  You come up with an idea way ahead of what can be tested in but which does not require god like power to test it.  Then you accept the results good or bad. (it is a lot easier when the results are good though... I'll admit that).

Compare this to a brief list of all the things predicted using string theory which WERE NOT FOUND:

Before those results were found to be negative string theorist would belittle anyone who dared to question them.  Sometimes they still do.

One positive for string theory from a staunch critic: My model which matches data ... contains the Mathieu functions.  Which are also found in very old work in string theory on curved space time.  So it is possible that some of the ideas of string theory will survive IF more of what my theories predicts prove out.  However, the strings themselves are likely as illusory as the emperors clothes.

String theory is a great mathematical approach to building models.  I would not deny that.  The thoughts and techniques of it have influenced even me, an infidel to their cause.  Right or wrong string theory will be influential for decades and centuries to come at least in some vestigial form.

(Because there are people who will not have heard the story the emperor's new clothes.)