The Image presented at a press conference today by the Event Horizon Telescope collaboration is the result of collaboration between numerous scientists around the world lead by EHT director Shep Doeleman.  They were able to do this using the technique known as very long baseline interferometry (VLBI).

This technique creates an instrument with the highest possible angular resolution ( smallest angle of separation between objects where we can distinguish the features). Using this technique astronomers were able to see the details of an object light years away.

First they revealed the image created by observing the area near the black hole at the center of  the galaxy M87. 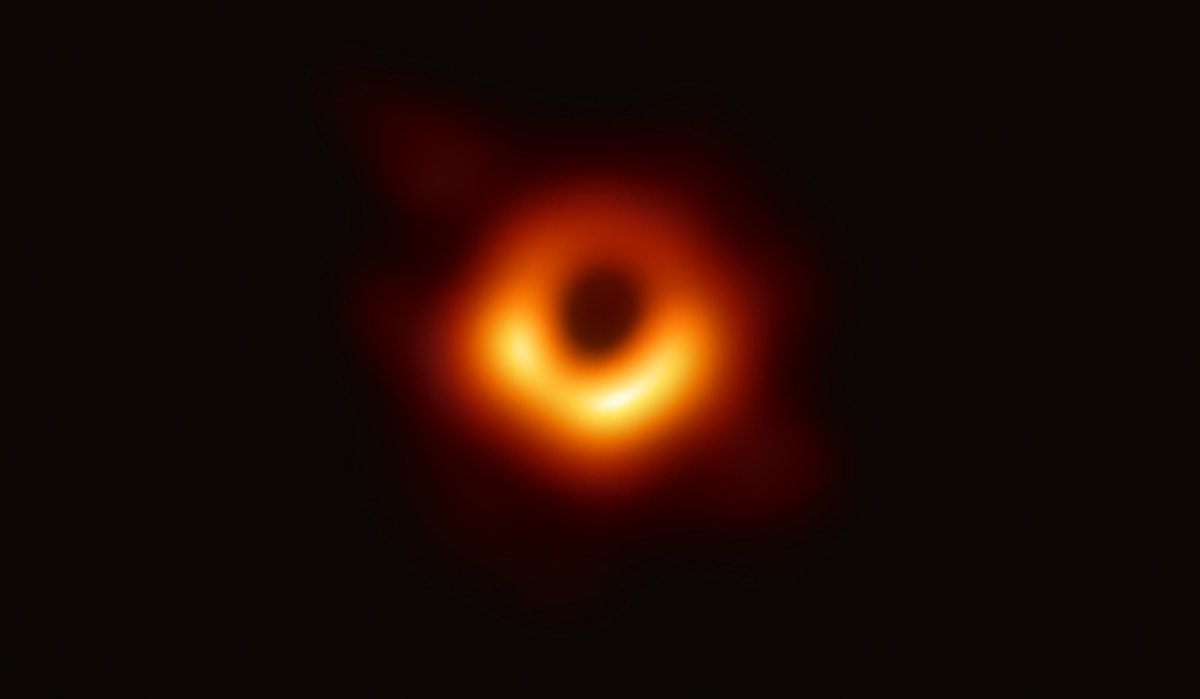 To the eye of the general public the above may not be impressive.   To be frank, it would not get a barely interested college astronomy student to put down their phone.

HOWEVER, what EHT described very well in their presentation is the amount of work it took for numerous NUMEROUS scientist and engineers.  This is not an image in the sense of what you get from a digital camera.  This is a careful measurement of the radiation field, the light, in the vicinity of a black hole.  The paths that they follow near the black hole appear to conform to those predicted by Einstein’s General Theory of Relativity.  A theory which was proposed almost exactly 100 years ago.

It was asked why no image of Sagittarius A* Shep Doeleman answered this is because of the dynamic nature of imagining it.  In simple terms.  The father away something is the more it moves in your field of view.  In astronomy this can mean it could be easier to take a steady photo of an object at a greater distance.

Finding no large deviations from General Relativity kills many more radical alternatives to General Relativity or constrains them quit a bit.  Namely modified gravity models that seek to explain dark matter and dark energy.  Looking at it, at first blush, the only modified gravity models that may survive this test are those known as f of R gravity and its variants

Quantum theories of gravity (Loop Quantum Gravity and string theory and/or gravitized quantum field theory (Penrose et al) or relativized quantum field theory,  are probably not tested by this observation.  Since at these size scales their predictions would not deviate from General Relativity. The propagation of light on these length scales from here are governed by gravity described by General Relativity.   That said, future observations may be detailed enough to get an idea about quantum gravity.

Consequently, this does not have implications for the black hole firewall debate.  The firewall around the black hole would be something you would be able to see if you fell into the hole IF it exist.  (I think it does quantum physics all but requires it but this is a hotly debated matter.)

The youtube channel Veritasium has an interesting video on this.