Fig. 1 Radiations of the electromagnetic waves

1. What is the synchrotron?

Where F is the Lorentz force in the direction perpendicular to the particle velocity v and the magnetic field B, a is the acceleration of the particles under the electric field of E, m and q is the mass and the charge of the particle, respectively.

Fig. 2 The schematic diagram of a cyclotron 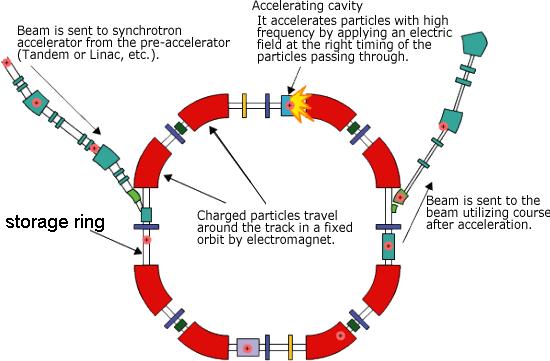 Fig. 3The schematic diagram for the synchrotron

The traveling charged particle beam can be bended by a magnet (bending magnet) as the Lorentz force. To altering the magnetic field, undulator is designed by construct a periodical structure of many dipole magnets, as shown in Fig. 4 [4]. The charged particles beam is forced to oscillate with a wavelength of λ when it travel through the undulator, and thus to the radiate energy. In this case, we can obtain a very intense and narrow energy band in the radiation spectrum. There is another insertion devices named wiggler, in which we have a large magnetic field or λ and thus broad energy spectrum can be obtained. The dimensional parameter K=(eBλ)/(2πmc) is used to distinguish undulator and the wiggler. If K<<1, it is undulator and obtaining narrow energy radiation spectrum, while if K>>1, it is wiggler and broad energy radiation spectrum is obtained. The undulator and the wiggler are used in synchrotron to increase the magnetic flux by orders, and thus the energy of the particle beam increased. The energy limit problem for cyclotron can be solved by using the synchrotron with the insertion device of undulator or the wiggler. 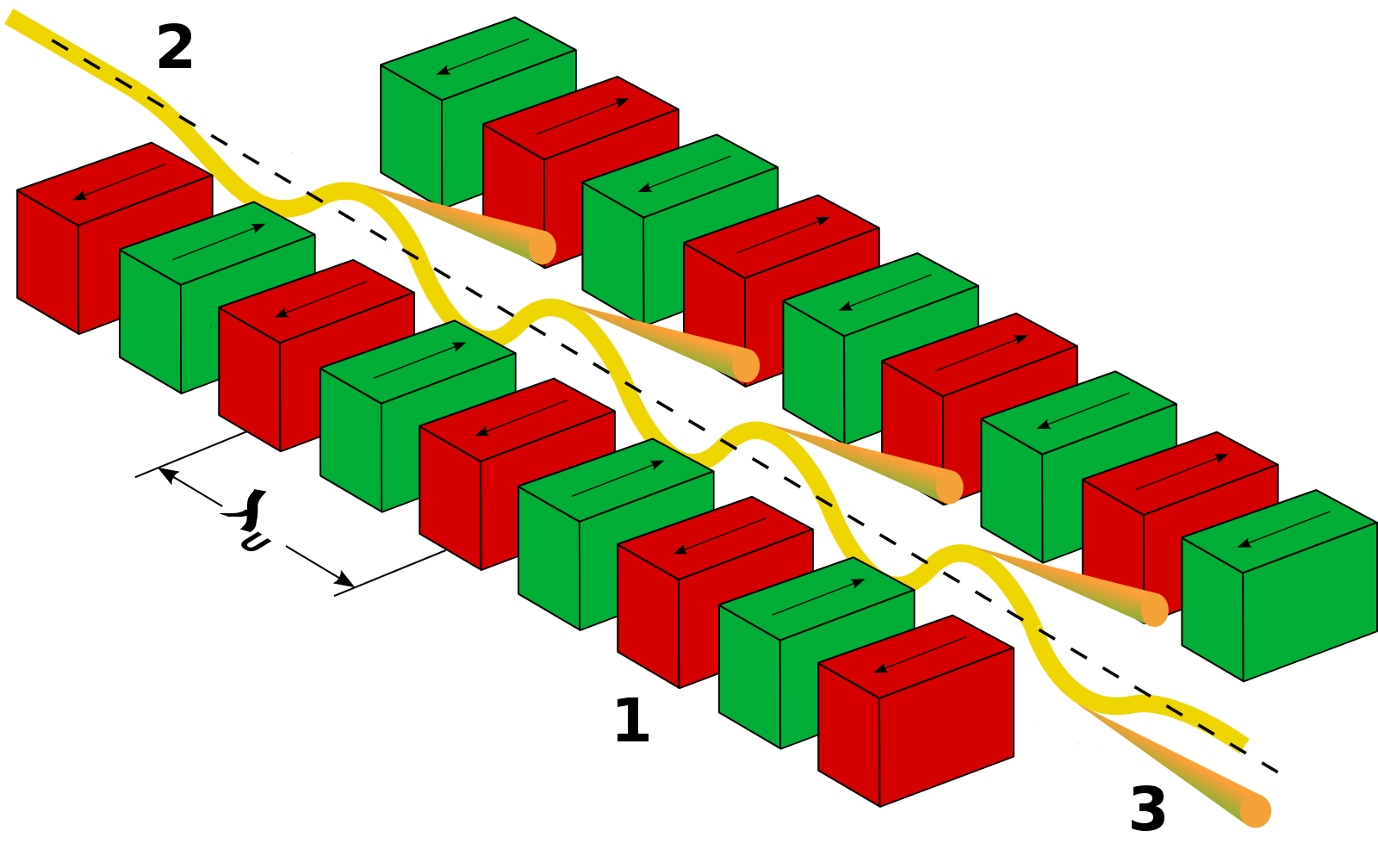 2. What is the synchrotron radiation?

When the velocity of the charged particles reaches the speed of light after acceleration under the magnetic and electric field, they emitted electromagnetic waves to radiate the high energy of the particles. Figure 5 shows the schematic mechanism of the synchrotron radiation [5]. According to the emitted energy, synchrotron radiations can be at different wavelength, from Infrared to X-ray. The wavelength of the radiated electromagnetic waves can be changed by two factors, Doppler factor, which is the frequency change caused by the relative motion of the wave source, and the magnetic field.

3. Why is synchrotron radiation?

High brightness: synchrotron radiation is a high intensity light source which can be hundred billions times of the brightness of other light source.

Wide wavelength spectrum: the wavelength of the synchrotron radiation can be controlled by the Doppler factor and the magnetic field, thus special wavelengths of light can be produced according to the applications.

High collimation: the light beam from synchrotron radiation is concentrated in a narrow cone with a very small angle, along the direction of the electron motion. Its collimation can be compared with laser.

Pulse light source: the light from synchrotron radiation is pulsed light, and the pulse interval is adjustable to special applications, from 10-11 to 10-8 s.

High polarization: the light emitted from the reflected magnet is high polarized and different polarization states can be obtained by controlling the insertion devices.

The high purity, high stability and the narrow light beam are also special properties of the synchrotron radiation.

As its special properties, synchrotron radiation becomes an advanced tool for research and applications in many fields. It can be used in life science to observe the structure changes of biology molecule, and material scientists used it to investigate the structure of the atoms. It can also been used to imaging the 3D structures of molecule or protein crystals. In a word, as a light source synchrotron radiation is widely used in today’s society with excellent properties.

Mei
More Articles All Articles
About