Virginia Tech researchers in computer science and biology have used the university's supercomputer, System X, to create models and algorithms that make it possible to simulate the cell cycle -- the processes leading to cell division. They have demonstrated that the new mathematical models and numerical algorithms provide powerful tools for studying the complex processes going on inside living cells. 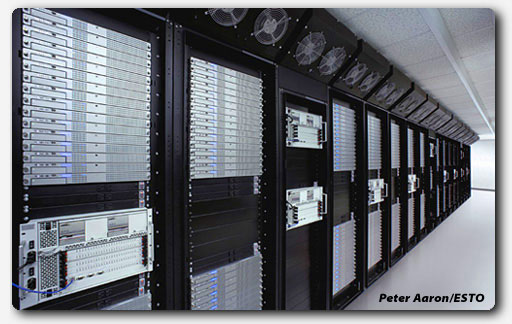 Biologist John Tyson, who studies the cell cycle, is a leader in applying mathematical models in molecular cell biology. However, comparing the results of a mathematical model to experimental data is difficult because mathematical results are quantitative (numbers) while much experimental data is qualitative (trends). The mathematical biologist must figure out how to set the numerical values of the 'parameters' in the model equations in order to create an accurate representation of what is going on inside the cell. A simple example is the conversion between Fahrenheit and Celsius temperatures, said mathematician Layne Watson. "You could use several pairs of Fahrenheit and Celsius readings for the same temperature, and try to deduce the formula for converting between the temperature scales."

Previously, Tyson worked with simpler models whose parameters could be determined by trial and error, a process modelers call "parameter twiddling." But he and his coworker, Kathy Chen, wanted to characterize all the protein interactions regulating the cell cycle of budding yeast (the yeast cells familiar to bakers and brewers, and a favorite organism of molecular biologists, as well). "Such fundamental research on the cell cycle of budding yeast provides a basis for understanding the reproduction of human cells and is relevant to the causes and treatment of cancer, to tissue regeneration, and to the control of many pathogens," Tyson said.

For the budding yeast cell cycle, the experimental data consists of observed traits of 130 mutant yeast strains constructed by disabling and/or over-expressing the genes that encode the proteins of the regulatory network. The model has 143 parameters that need to be estimated from the data. "That is a big problem," said Watson. "You can't do that by hand. You can't even do it on a laptop. It takes a supercomputer."

"With a tool like this scientists can spend more time working on the model and less time twiddling parameters," said Tyson.

The research is due to appear in 2007 in the Journal of Global Optimization, in the article "Deterministic Parallel Global Parameter Estimation for a Model of the Budding Yeast Cell Cycle," by Thomas D. Panning, Layne T. Watson, Nicholas A. Allen, Katherine C. Chen, Clifford A. Shaffer, and John J. Tyson.

The parallel computer programs can now be used by others for similar problems. "The parameters found for the budding yeast cell cycle model are good until the next scientist invalidates them with new experimental data. That could be years from now or next week. That's the way science works," says Watson.

Note: This article has been adapted from a news release issued by Virginia Tech.