A species of small fish uses a homemade coral-scented cologne to hide from predators - the first evidence of chemical camouflage from diet in fish.

Filefish evade predators by feeding on their home corals and then emitting a similar odor that makes them invisible to the noses of predators. Chemical camouflage from diet has been previously shown in insects, such as caterpillars, which mask themselves by building their exoskeletons with chemicals from their food.

If animals don't need an exoskeleton to use chemical camouflage, more animals than previously thought could be using this survival tactic. 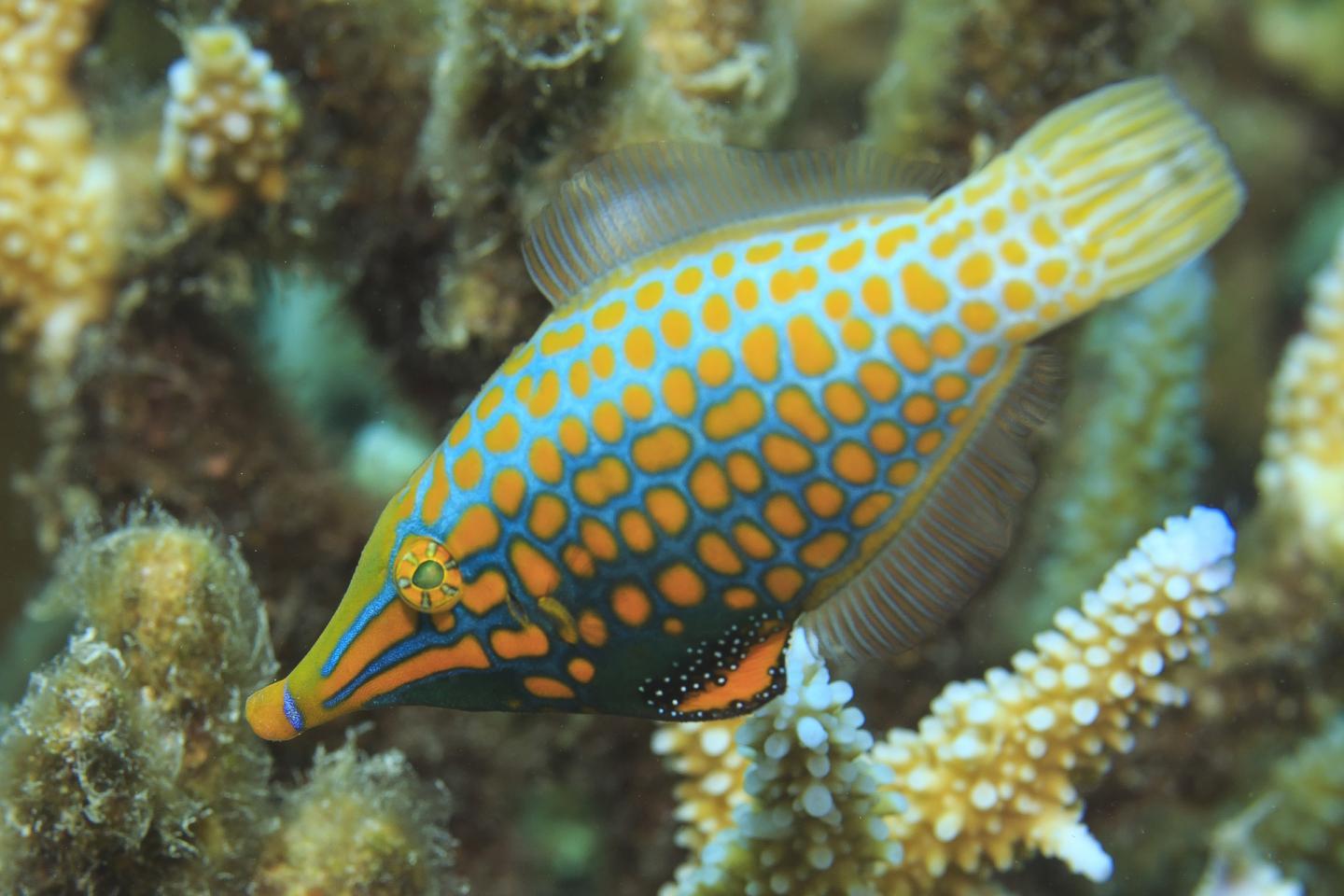 Anyone who has watched a nature documentary has seen insects that camouflage themselves as sticks, protecting the insects against predators that use vision to hunt for prey. But many animals see the world through smell rather than sight, and cunning critters from among them have adapted clever ways of smelling like their surroundings. A certain species of caterpillar, for example, smells like the plant that it lives on and eats. The caterpillar incorporates chemicals from the plant into its exoskeleton. Ants hunting for the caterpillar will walk right over it, none the wiser.

"This is the very first evidence of this kind of chemical crypsis from diet in a vertebrate," said Rohan Brooker, a post-doctoral fellow in the School of Biology at the Georgia Institute of Technology in Atlanta. "This research shows that you don't need an exoskeleton that for this kind of mechanism to work."

"We can tell that there is something going through the filefish diet that's making the fish smell enough like the coral to confuse the crabs," Booker said.

The next step in the project is to learn how filefish can smell like coral without the benefit of an exoskeleton. Some evidence shows that amino acids in the mucus of fish - where much of their smell originates - will match their diet, but much work remains to tease apart this pathway.

"We have established that there is some kind of pathway from filefish diet to filefish odor," Booker said. "This is just the first study. There's a lot of work still to be done to understand how it works."

Published in Proceedings of the Royal Society B.
Source: Georgia Institute of Technology
News Articles
More Articles All Articles
About