News Staff
Underwater divers recently discovered paved floors, courtyards and colonnades, evidence of a long-forgotten civilization that must have perished when tidal waves hit the shores of the Greek holiday island Zakynthos.

The bizarre discovery, found close to Alikanas Bay, was carefully examined in situ by the Ephorate of Underwater Antiquities of Greece. After the preliminary mineralogical and chemical analyses, a research team was mobilized to study the ancient underwater remains - only to declare them a naturally occurring phenomenon created by a natural geological phenomenon that took place in the Pliocene era, up to five million years ago. 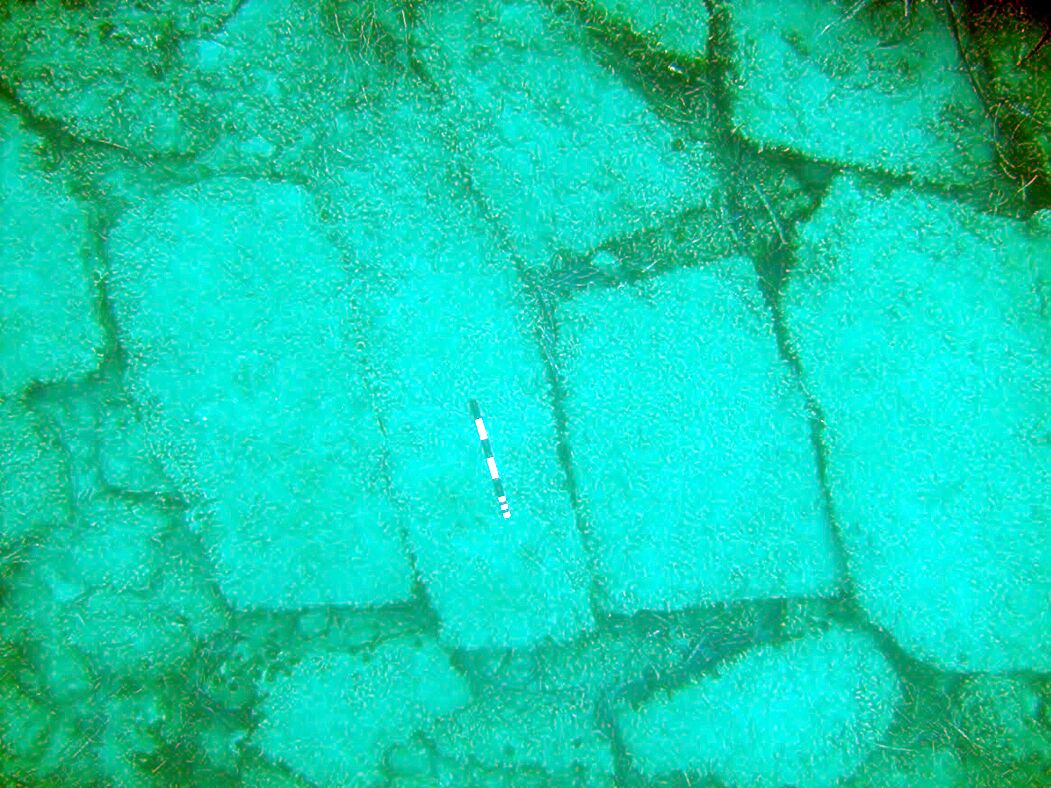 Lead author Prof Julian Andrews, from University of East Anglia’s School of Environmental Sciences, said, “The site was discovered by snorkelers and first thought to be an ancient city port, lost to the sea. There were what superficially looked like circular column bases, and paved floors. But mysteriously no other signs of life – such as pottery.”

The research team went on to investigate in detail the mineral content and texture of the underwater formation in minute detail, using microscopy, X-ray and stable isotope techniques.

Andrews said, “We investigated the site, which is between two and five meters under water, and found that it is actually a natural geologically occurring phenomenon. “The disk and doughnut morphology, which looked a bit like circular column bases, is typical of mineralization at hydrocarbon seeps - seen both in modern seafloor and palaeo settings. We found that the linear distribution of these doughnut shaped concretions is likely the result of a sub-surface fault which has not fully ruptured the surface of the sea bed. The fault allowed gases, particularly methane, to escape from depth.

“Microbes in the sediment use the carbon in methane as fuel. Microbe-driven oxidation of the methane then changes the chemistry of the sediment forming a kind of natural cement, known to geologists as concretion. In this case the cement was an unusual mineral called dolomite which rarely forms in seawater, but can be quite common in microbe-rich sediments. These concretions were then exhumed by erosion to be exposed on the seabed today.

“This kind of phenomenon is quite rare in shallow waters. Most similar discoveries tend to be many hundreds and often thousands of meters deep underwater. These features are proof of natural methane seeping out of rock from hydrocarbon reservoirs. The same thing happens in the North Sea, and it is also similar to the effects of fracking, when humans essentially speed up or enhance the phenomena.”