Donuts, electric current and quantum physics - if you are a theoretical physicist interested in topological insulators, materials whose ability to conduct electric current originates in their topology, it makes perfect sense.

The easiest way to understand what "topological" means in this context is to imagine how a donut can be turned into a coffee cup by pulling, stretching and moulding - but without cutting it.

Topologically speaking, therefore, doughnuts and coffee cups are identical, and by applying the same principle to the quantum mechanical wave function of electrons in a solid one obtains the phenomenon of the topological insulator. This is advanced quantum physics, highly complex and far removed from everyday experience. 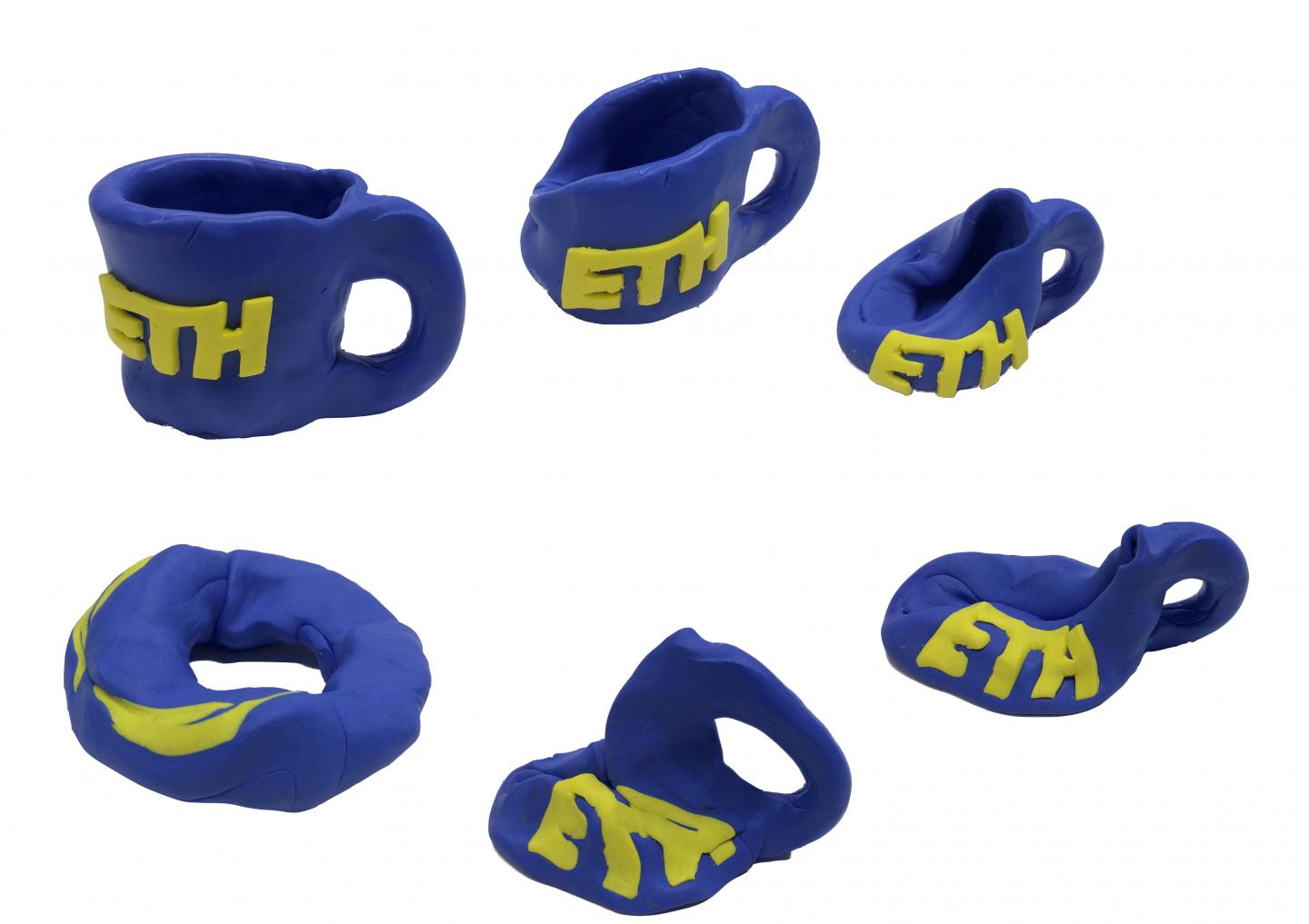 A doughnut can be turned into a coffee cup by pulling, stretching and molding. Topologically speaking, therefore, doughnuts and coffee cups are identical. Credit: Sebastian Huber / ETH Zurich

Nevertheless,  ETH professor Sebastian Huber and collaborators have now managed to make these abstract ideas very concrete and even to come up with a possible application in engineering by cutting red tape, as it were, and involving colleagues from different disciplines all the way through the ETH.

From quanta to mechanics

In the beginning, Sebastian Huber asked a simple question: is it possible to apply the principle of a topological insulator to mechanical systems? Normally, quantum physics and mechanics are two separate worlds. In the quantum world particles can "tunnel" through barriers and reinforce or cancel each other as waves, whereas everyday mechanics deals with falling bodies or the structural analysis of bridges. Huber and his colleagues realized, however, that the mathematical formulas describing the quantum properties of a topological insulator can be rearranged to look exactly like those of a well-known mechanical system - an array of swinging pendulums.

In particular, just like their quantum mechanical counterparts the mechanical formulas predicted so-called edge states. In such states an electric current (or, in the case of pendulums, a mechanical vibration) flows along the edges of the material, while inside the system nothing happens. "From a theoretical point of view that was a beautiful result", says Huber, "but, of course, it is easier to convince people if you also show it in practice."

No sooner said than done, together with technicians at the ETH Huber and his student built a mechanical model consisting of 270 pendulums that are arranged in a rectangular lattice and connected by small springs. Two of those pendulums can be mechanically excited, meaning that they can be shaken back and forth with a particular frequency and strength. Little by little, the spring couplings cause the other pendulums to start swinging as well. Eventually, for a particular excitation frequency the physicists saw what they had been hoping for: the pendulums inside the rectangle stood still, whereas those along the edge vibrated rhythmically, causing a "wave" to flow around the rectangle. In other words, the coupled pendulums did, indeed, behave just like a topological insulator.

Robotic arms and lenses for sound

What started out as a pipe dream and a nice gimmick for professor Huber could soon become a useful tool. The mechanical edge states of the coupled pendulums, it turns out, are so robust - "topologically protected", in technical language - that they persist if the array of pendulums is disordered and even if a part of the rectangle is removed. Such properties would be interesting, for instance, in sound and vibration insulation, which is important in various areas such as industrial production, where robot arms have to place objects precisely and without jittering. Moreover, one can imagine materials that convey sound in one direction only, or others that focus sound like a lens.

"Such applications are very challenging, but still realistic", says Chiara Daraio, ETH-professor for mechanics and materials. Of course, the mechanical systems would first have to shrink considerably - Huber's pendulums are, after all, half a metre long and weigh half a kilo. The engineers are already building a new device that works without pendulums and that will only be a few centimetres in size.