Dog owners insist that 'all dogs are puppies', which means our beliefs about their cuteness are not conditional on age, but a paper in Anthrozoos: A Multidisciplinary Journal of the Interactions of People and Animals, suggests otherwise. The authors found that dogs' attractiveness to humans peaks at roughly eight weeks, the same point in time at which their mother weans them and leaves them to fend for themselves.

The motivation of the paper was when psychologist Clive Wynne of Arizona State University's Canine Science Collaboratory visited the Bahamas and saw packs of wild dogs running free and no one thought those were cute. Though rare in the United States, Wynne says 80 percent of the world's billion dogs are feral, but still rely on humans. So someone must think they are cute enough to feed them. A psychology survey was born. 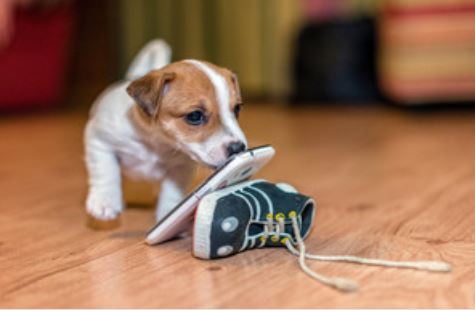 The survey uaws a series of photographs of puppies at different ages, from the first weeks of life through young adulthood. Fifty-one participants were asked to rank the puppies' level of attractiveness in each photo. Three distinctive-looking breeds were ranked: Jack Russell terriers, cane corsos and white shepherds.

"This could be a signal coming through to us of how dogs have evolved to rely on human care. This could be dogs showing us how the bond between human and dog is not just something that we find immensely satisfying in our lives. ... But for them, it's the absolute bedrock of their existence. That being able to connect with us, to find an emotional hook with us is what actually makes their lives possible," says Wynne.

The takeaway Wynne is that extra piece of the puzzle that makes up the human-dog connection.

"[The study] doesn't mean to say that we stop loving our dogs past [eight weeks]," he said. "The eight-week point is just the point where the hook is biggest, the ability of the animal to grab our interest is strongest. But, having grabbed our interest, we continue to love them all their lives."