While they last, gamma-ray bursts outshine stars and even galactic quasars. They are the most energetic phenomenon known to humankind, resulting from the formation of neutron stars or black holes as dying stars collapse. They are triggered by outflows of plasma ejected near the speed of light.

During the height of the Cold War between the United States and the former Soviet Union, there were satellites in orbit around the Earth whose sole purpose was to keep an eye out for the telltale gamma-ray signature of an atomic explosion. From time to time, these satellites would send an alert to their controllers but they there not evidence of a nuclear explosion, they were not even coming from earth.

The phenomenon was so fascinating to the public in the 1950s that in the early 1960s two different comic book superhero origins used gamma rays; the Fantastic Four, Marvel's first comic, and The Incredible Hulk. 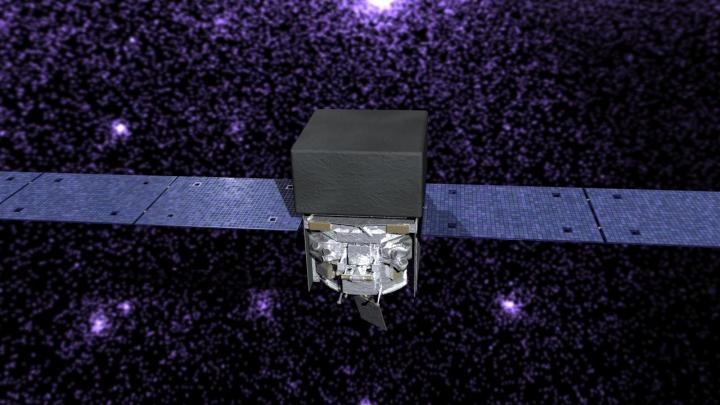 Gamma ray bursts first give away their presence with brief flashes of gamma rays with energies in the region of mega-electron-volts (MeV), or millions of electron volts. One electron volt is the equivalent energy a single electron gains when accelerated by a voltage of one volt. Hot on the tail of the brief flashes is a long-lasting afterglow of electromagnetic radiation from weaker radio waves to strong gamma rays with energies of giga-electron-volts (GeV) -- billions of electron volts. These were the highest Gamma ray burst  energies observed until January of this year.

The gamma ray burst in question is dubbed GRB190114C, observed on Jan. 14, 2019 by NASA's Neil Gehrels Swift Observatory and Fermi Gamma-ray Space Telescope. Although instruments on these are made to see gamma rays, neither satellite could observe a TeV signal directly. However, when they notice any gamma ray burst activity, they immediately signal a more versatile ground-based instrument that can, the Major Atmospheric Gamma Imaging Cherenkov telescope - MAGIC.

Animation by SciComLab via DESY

MAGIC has the capacity to detect high-energy gamma rays in the region of TeV. After the satellites caught the initial burst, which was nothing out of the ordinary, MAGIC turned its two giant 17-meter reflecting mirrors towards the source in time to see the high-energy gamma-ray afterglow at an unprecedented 0.3-1 TeV. It began a minute after the burst and lasted for about 20 more.