News Staff
The compound melittin, found in honeybee venom, rapidly destroyed triple-negative breast cancer and HER2-enriched breast cancer cells in a recent study. In the 1950s, bee venom was found to reduce the growth of tumors in plants and in the last two decades interest grew into the effects of honeybee venom on different cancers.

For the study, 312 honeybees and bumblebees in Perth Western Australia, Ireland and England, were used to test the effect of the venom on the clinical subtypes of breast cancer, including triple-negative breast cancer, which has limited treatment options.

Melittin can be produced synthetically, if further studies show it is viable. For the study, the bees were put to sleep with carbon dioxide and kept on ice before the venom barb was pulled out from the abdomen of the bee and the venom extracted by dissection. There are over 20,000 species of bees, no exact number is known, but this work also compared the effects of Perth honeybee venom to other honeybee populations in Ireland and England, as well as to the venom of bumblebees. The European honeybee in Australia, Ireland and England produced almost identical effects in breast cancer compared to normal cells. However, bumblebee venom was unable to induce cell death even at very high concentrations. 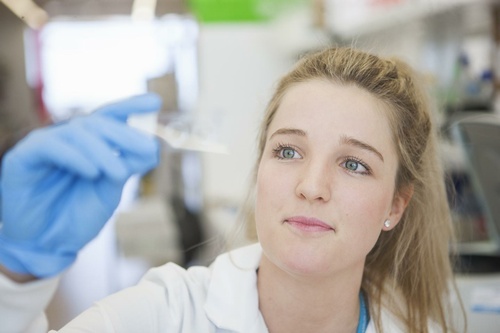 A specific concentration of honeybee venom can induce 100% cancer cell death, while having minimal effects on normal cells, and melittin can completely destroy cancer cell membranes within 60 minutes.

Melittin in honeybee venom had another effect; within 20 minutes, melittin was able to substantially reduce the chemical messages of cancer cells that are essential to cancer cell growth and cell division.

"We looked at how honeybee venom and melittin affect the cancer signalling pathways, the chemical messages that are fundamental for cancer cell growth and reproduction, and we found that very quickly these signalling pathways were shut down," said Dr. Ciara Duffy from the Harry Perkins Institute of Medical Research. "Melittin modulated the signalling in breast cancer cells by suppressing the activation of the receptor that is commonly overexpressed in triple-negative breast cancer, the epidermal growth factor receptor, and it suppressed the activation of HER2 which is over-expressed in HER2-enriched breast cancer."
News Articles
More Articles All Articles
About