News Staff
If you read the Anglo-Saxon history of England, the island was a backwater savage place populated by sacrificial druids worshiping angry spiritual gods before Rome paved the way for the arrival of modern inhabitants, but that me just be invading victors writing history.

It has been assumed northwestern European trade during the Bronze Age was primarily socially embedded, as in the exchange of gifts.  It turns out people in England, before the invasions by Celts, Picts, Irish, Angles, Saxons, Romans, Vikings, and Normans, were using balance weights and scales to measure the value of materials as early as the late second and early first millennia BC.

The existence of precise units of measurement allowed traders to compare exact ratios of material values of different goods such as metals, possibly also wool and grain. They were also able to calculate profits, to create currencies and to save up measurable quantities of metal. They wouldn't have done all of that if they weren't involved in real trade. 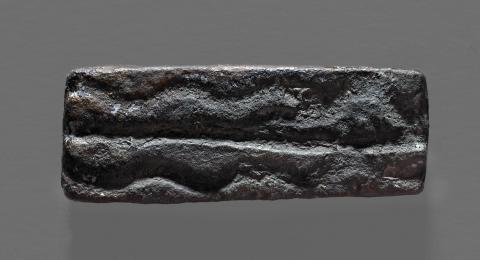 The statistical analysis of the unit of weight that has been identified is compatible and possibly even identical with the dominant East Mediterranean weight of that time. This would be an indication that knowledge about standard weights and measures has been widely disseminated and possibly passed on through traveling traders.

It was already known that people in the technologically advanced, literate cultures of the Eastern Mediterranean and Western Asia - for example Greece, Egypt or Mesopotamia - used such weights and scales as an aid. However, these findings now indicate that such value measurement systems already existed in many if not all parts of prehistoric Bronze Age Europe.
News Articles
More Articles All Articles
About