Science Of Cities: Why Do Crimes Like Rape Stay Linear With Population While Burglary Is Supercharged By City Size?
By News Staff | September 19th 2019 06:16 AM | Print | E-mail

News Staff
If you live in a city, your chances of being involved victim of a criminal act go up, and as cities grow in size, crime grows even faster.

But not all crimes go up at the same rate.  Rape grows only linearly, at roughly the same pace as a city's population, while car theft and robbery compound and outpace the population.

A new mathematical model says the same underlying mechanism that boosts urban innovation and startup businesses can also explain why certain types of crimes thrive in a larger population.

The difference is that certain crimes are "social" in nature and require a team effort. According to the National Incident-Based Reporting System, an average of ~1.6 offenders were arrested or reported for robbery, and ~1.5 for motor vehicle theft;relatively high numbers considering that only a small subset of offenders wind up getting arrested or listed in crime reports. By contrast, reporting data for rape, a crime often committed by a lone individual, hovered closer to one. 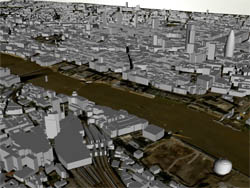 As the population power of the city increases, more people involved in some crime creates more benefit. Because the incidence of social crimes grows superlinearly with city population, the researchers hypothesized that social crimes thrived on making the right connections-- such as the ability to find collaborators who are willing and able to rob and steal.

To test their hypothesis, the researchers created a mathematical model that predicted the volume of crime as a function of social interactions. Because a higher population increases the number of unique contacts an individual criminal can choose from, that offender has a better chance of finding the right team of collaborators. Predictably, the incidence of social crimes then rises with a city's population disproportionally while solitary crimes stay roughly linear.

The researchers say their model also applies to other socioeconomic quantities like innovation and productivity. Previous work in the "science of cities" has shown that innovation scales superlinearly with city size, and that social interactions might be fueling that growth. The new model builds on that understanding, as social interactions increase the probability of finding the right collaborators--either for starting a business or boosting a car.