News Staff
With fires happening in South America, the left has such dominance over social media in America they convinced the public that policies of right-wing leader Jair Bolsonaro in Brazil were to blame, while in Brazil the right's dominance of social media put him in power.

Northwestern University computer scientists say they can prove that WhatsApp use played a key role in the electoral process. Their analysis shows that the Brazilian right in 2018 did what the American left did in 2008; they used social media to beat their opponents in a way that left them baffled.

Right-wing groups in Brazil were much more numerous and shared substantially more multimedia content and YouTube videos than left-wing groups. 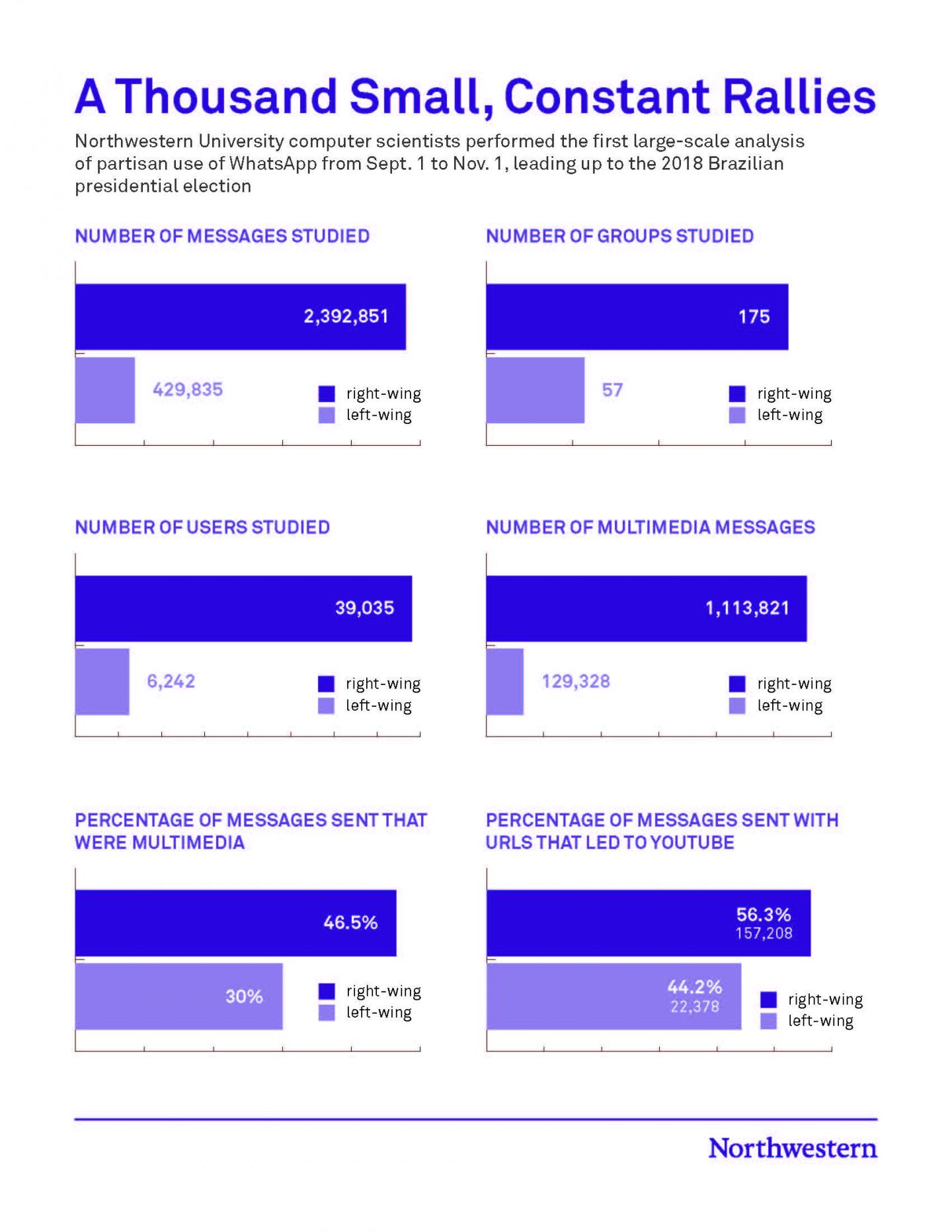 With more than 120 million users, Brazil is the second-largest WhatsApp market in the world, trailing India. Americans tend to use WhatsApp for one-to-one or small group text messaging but half of Brazilians use WhatsApp and they use it for almost everything: text messaging, large group chats, and sending and receiving news. WhatsApp allows users to join public and private groups with up to 256 members to share text and multimedia messages, transforming chat groups into highly active social spaces.

From Sept. 1 to Nov. 1, 2018, the authors followed 232 partisan groups. During that time, they collected 2.8 million messages from more than 45,000 users - 3.5 times as many messages and 2.4 times as many users than the largest competing dataset to date, they say. The team discovered multiple differences between right- and left-wing groups. In the studied sample, right-wing groups shared 5.5 times as many messages as left-wing users. Of the messages shared by right-wing users, 46.5% were multimedia messages, such as photos, audio and video files. Just 30% of left-wing messages included multimedia.

That's not evidence that multimedia is more effective in influencing opinions any more than Obama girl or outspending Republicans who crippled themselves by obeying finance reforms can be considered the magic bullet in 2008, but it is data that one side was clearly more effective in both cases.

Both sides tried to use disinformation but in Brazil's case the right was simply better at it.
News Articles
More Articles All Articles
About