Josh Bloom
Where is Mel Brooks when you need him?

Ever since Chipotle's self-righteous claim (which isn't even true) that the company was removing GM ingredients from its food because "it doesn't align with [the company's] position," just about everything conceivable went wrong.  It's now a bit of a novelty to find a news day when they haven't poisoned someone.

I find it nearly impossible to ponder this level of bungling without The Producers' "Springtime for Hitler" popping into my head. Of course, the main difference between the company and the premise of the movie is that producer Max Bialystock hatches a scheme to make money by intentionally producing a sure-flop play, only to have it succeed despite his best efforts. This is where the similarities end.

Although is unlikely that Chipotle is intentionally trying to poison its customers, they are doing a splendid job nonetheless. And, the patrons are not the only people who are suffering from gastrointestinal distress. Chipotle investors cannot be delighted either: 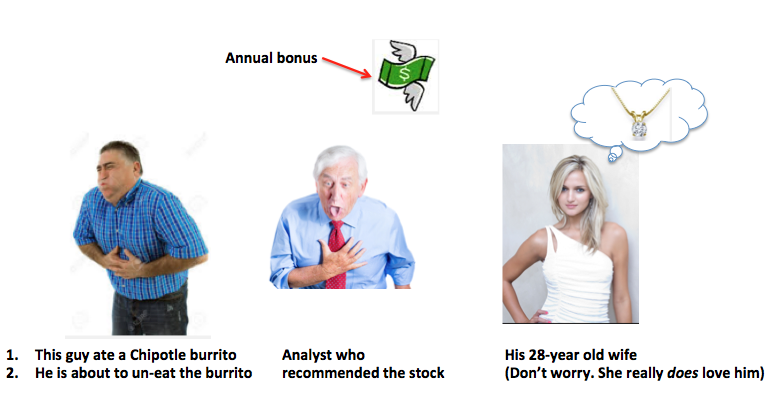 This probably has something to do with it: 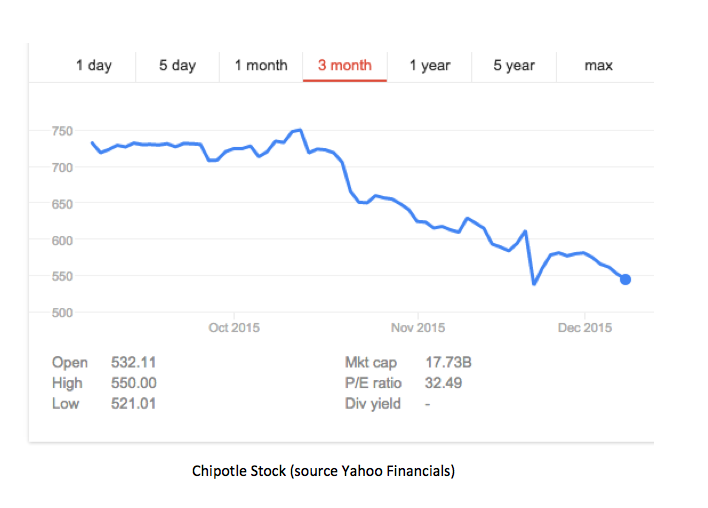 The timeline of events, most of which happened in the past three months, reads like a Three Stooges script:

-January 14th — Chipotle announces that it is removing pork products from 600 of its restaurants because an internal audit found that one of their suppliers wasn't raising its pigs in accordance with company standards.

-April 26th — The company announces that it will stop using any genetically modified food. They are quite smug about it:  According to Steve Ells, the founder and co-CEO of the company “Just because food is served fast doesn’t mean it has to be made with cheap raw ingredients, highly processed with preservatives and fillers and stabilizers and artificial colors and flavors.” What this has to do with GM food is, well, nothing. It's all hyperbole that, at the very least, suggests that GM food = a bunch of artificial garbage— a big scientific no-no. One has nothing to do with the other.

It was straight downhill from there.

-September 11th — A cluster of food poison cases in Minnesota is traced back to contaminated tomatoes that were served in 17 Chipotle restaurants. The bug is salmonella.

-November 2nd — The company shutters 43 restaurants in Oregon and Washington after an E. coli outbreak. The strain is identified as STEC O26, which produces Shiga-toxin.

-December 8th — Eighty students become ill after eating at one restaurant, including eight members of the basketball team, which gives a new meaning to the term "foul line." This time the culprit is the highly contagious norovirus, which was found to be spread by one employee who worked while sick.

OK, so anyone can have a bad year, but perhaps they should have shut the hell up about how wonderful they were before they started poisoning people with three (!) different pathogens.

But on some level, I have to cut them a break. They are trying to find their niche while being under the microscope of both anti-GM groups AND animal rights group. The latter is especially disturbing, because when it comes to dealing with groups like PETA, one is always navigating an "utterless ship."

No way you can both pacify these nuts and also run a successful business at the same time. Not even if you have already kissed enough vegan ass to have emerald lips. This becomes obvious in pieces such as this one by Lauren Gazzola on Slate, called "Don't Buy the Chipotle Hype. There is No Such Thing as 'Humane Slaughter."'

Gazzola is nothing if not ephemeral.

"If there is one restaurant that has increasingly garnered favor with the vegetarian and animal advocacy crowds in recent years, it is undoubtedly the fast-growing, fast-casual Chipotle Mexican Grill."

"Chipotle won People for the Ethical Treatment of Animals’ (PETA) Peta2 Libby Award for Best Vegan-Friendly Restaurant Chain in both 2011 and 2012." 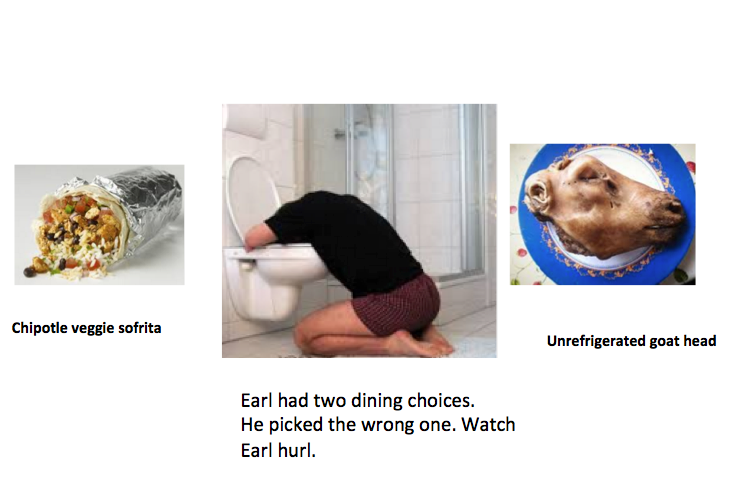 "We need to shift this debate away from bigger cages and better deaths, and back to the central issue: whether we should be killing animals at all."

Eh... What did I expect? Sanity from PETA? Silly me. 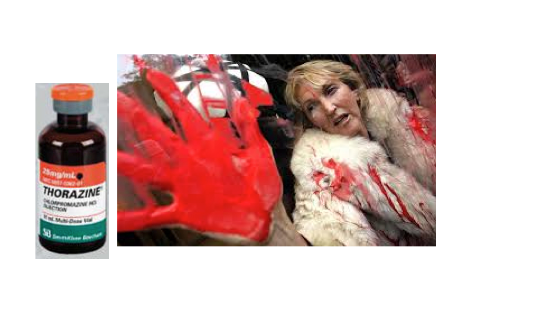 So, somehow, the company managed to poison people with three different pathogens over a three-month period — an example of suboptimal food preparation technique if ever there were one— with germs are typically transmitted via the fecal-oral route, which is exactly what it sounds like. For a company that is committed to selling "food with integrity," instead of propagating scientific nonsense about GM foods, perhaps that might want to focus on getting its employees to wash their hands a little better, and stay home when they are projectile vomiting.


Just in case you haven't felt like hurling yet, this should do the job— a portion of the company mission statement, as quoted by Els:

"[The company is committed to serving] 'food with integrity, which includes [treating] animals with dignity and respect” and [allowing] them to display their natural tendencies.”

And, it will conduct it business “in a way that doesn’t exploit animals.”

Huh ????????  It's a f#####ing chicken!!!! Its job is to be eaten. But, if these guys are really worried about not "exploiting animals," then why not send the damn thing to a day spa instead of cutting its head off? 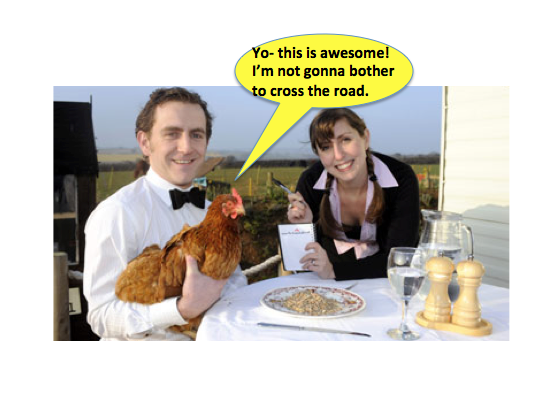