Tommaso Dorigo
Chess is a lifetime passion, there's no doubt about that. In twentyseven years of practice I have often found myself temporarily losing contact with my chess club, with tournaments, and online blitz games, only to return to the game with a renovated interest and hunger for putting my neurons to the test.

The fall of 2011 definitely classifies as one of my "coming back" moments. Here is a summary of the latest tournaments I played:

- "Memorial Ongaro", 5 rounds swiss, 20' per player plus 30" increments - Venice July 2011, 50 players (okay not yet summer but it belongs to the series): 3/5 (three wins, two losses). Here I played fairly well most of my games, but duly lost to Roberto Pastres (a master) and Giorgio Redo (a strong candidate master).

- Semilampo Mira, 9 rounds swiss, 15' per player (no increments) - Mira 8 October 2011, 42 players: 5,5/9 (five wins, one draw, three losses) - fourth prize. Here I did great: I lost three games against a grandmaster and two international masters, as expected, but won all the rest against less strong players, except a draw after few moves at the last round (it guaranteed me the fourth place behind the three titled players).

- "Rapid Autunno 2011", 5 rounds swiss, 40' per player plus 30" increments plus 20' after move 40 - Venice, chess club "Esteban Canal", September-October 2011, 16 players: 3/5 (three wins, two losses). I lost awfully the first game to a second-category player due to a unrecoverable blunder, won three more, and then lost to fide master Antonio Rosino after refusing a draw by repetition (with a win I would win the tournament).

- "Autunno Scacchistico Veneziano 2011 - Open A", 5 rounds swiss, 90' per player plus 30" increments plus 20' after move 40 - Venice, October 30-November 1, 56 players: 3/5 (two wins, two draws, one loss). Here I suffered a loss due to having to leave the tournament hall for a meeting I could not delay, but generally played well. Below (after the last tournament in the list) I attach a position from the last game of this tournament, where I had white against a first-category player.

- "Scacco al re di cioccolato", 6 rounds swiss, 15' per player (no increments) - Stra (VE) 5/11/2011, 70 players: 5/6 (four wins, two draws), fifth prize. I played impeccably this strong tournament, which saw the participation of two international masters, a fide master, and over a dozen italian masters. All but the first player I met had at least 2000 elo points, and yet I managed to obtain better positions in all but one game, ending up unbeaten.

----
Here is the position from the "Autunno Scacchistico Veneziano" I mentioned above: 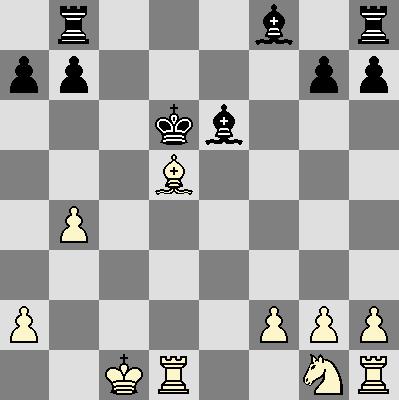 And here is my game with master Alaster Pechy from the last tournament in the list above, with minimal commentary: 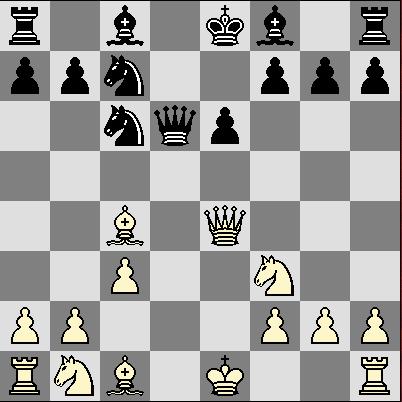 Black has chosen a minor variation in this opening (7...Nc7), but the move which is the source of his troubles is rather 9....Qxd6, which delays development and subjects black to a strong attack. Better was 9....Bxd6.

Black is prevented from developing his forces and castling. The position is already much better for white. 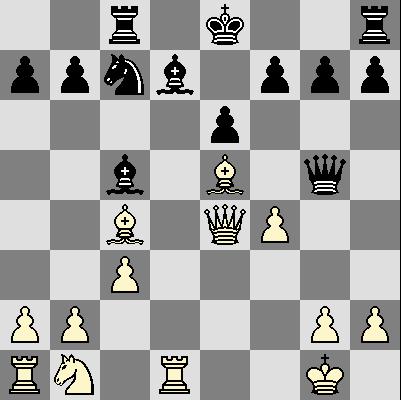 Here I had seen of course that 19.Bb5 wins forcefully the Bd7. However, when you play a 15' game and you have a winning position, it is crucial to prevent your opponent from developing any counterplay. We had less than 5' each by now, and the variation 19.Bb5 0-0 20.Bxd7 Rb8 21.Qc6 did not appeal to me as much as the variation I chose in the  game, which continues to exert pressure and poses difficult problems to black. 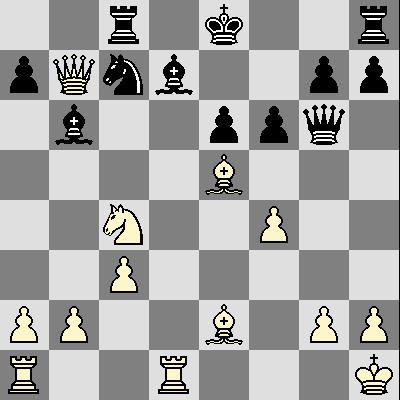 Of course, if 20....fxe5 21.Nxe5 wins. Here, however, white would have a mortal blow which I overlooked: 21.f5!!. I leave the interested readers to discover by themselves the variations. Note that the move I chose (21.Nd6+) also wins easily, so I don't think I can reproach myself too much for not looking into all the variations coming from 21.f5.

Slightly better was 24.Txd5, but I was again being pragmatic here, with two minutes on my clock. 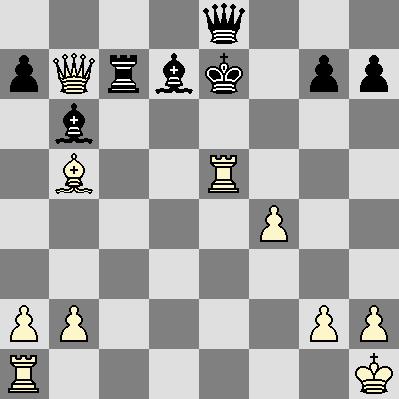 and black continued with 27....Kf6 but lost quickly the endgame resulting after 28.Qxc7! - Here too, note that 28.Qxd5 is more accurate, but not advisable with 40" to finish the game.