Reading Between The Lines Of Prehistory And History With Synchrotron X-ray
By Stephanie Pulford | February 16th 2009 01:04 PM | Print | E-mail

Stephanie Pulford
The Archaeopteryx is experiencing a phoenix-like reascent to fossil celebrity status.  The disovery of this clearly birdlike dinosaur in 1861 lent ethos to Darwin’s brand new Theory of Evolution.  In December, the Thermopolis, WY archaeopteryx fossil was escorted to the Stanford Synchrotron Radiation Lightsource laboratory for synchrotron X-ray analysis.  According to researcher Uwe Bergmann, "What you normally can't see are the chemical elements from the original organism that might still be present in the fossil. Using X-ray fluorescence imaging, we can bring these elements to light, getting a better look at the fossil and learning more about the original animal.” 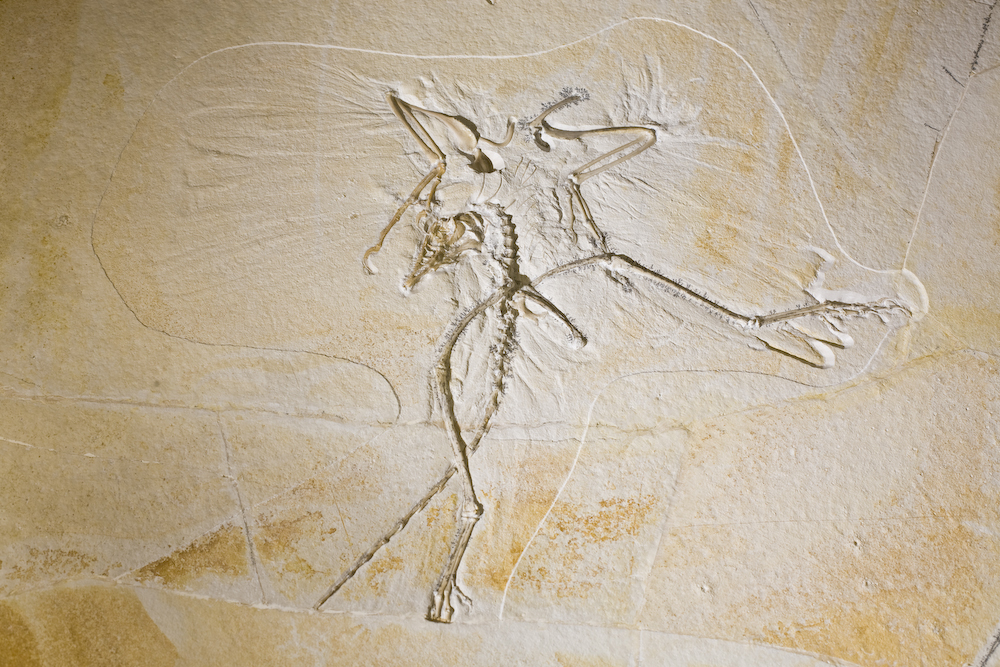 Synchrotron x-ray is becoming the star treatment of choice for study of high-profile artifacts. Radiation produced by synchrotrons, nearly light-speed electrons stuck in a circular path, provides the brightest known x-rays.  It reveals information lost to standard x-ray, including the specific detection of a wealth of chemicals and minerals. Synchrotron x-ray has been most frequently used for material science, though it has already proved its mettle as a detector of biological remains by revealing the presence of ritual blood on archaeological relics from Mali. 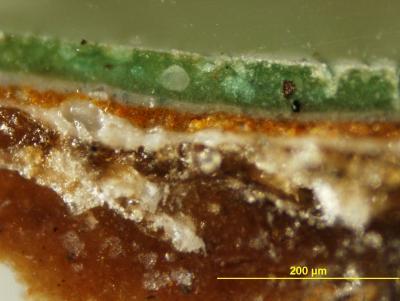 Synchrotron radiation x-ray techniques helped to rewrite art history as well.  Until last June, the technique of oil painting was thought to have first originated in 15th century Europe.  X-ray examination shattered this misconception with the revelation that  Buddhist paintings found on the Silk Road used oil as early as the 7th century AD.

This x-ray technique also helped to find one of Van Gogh’s lost paintings.  The impressionist master was notorious for reusing canvasses, painting over existing works (a practice known as palimpsesting).  His 1887 Patch of Grass painting has been known to conceal a much different painting beneath its energetic, directional strokes.  A synchrotron x-ray scan of the painting permitted researchers to reconstruct the painting in illuminating detail, prompting the Kröller-Müller Museum in The Netherlands to call for x-ray examination of all of Van Gogh’s works in their collection. 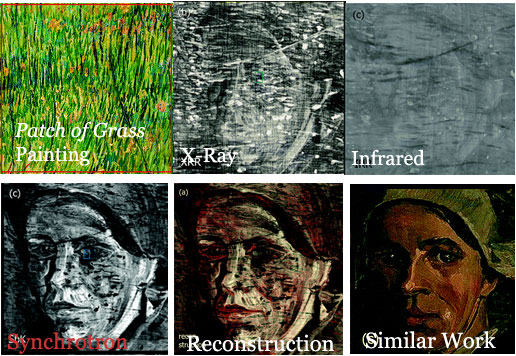 Similar studies have been done on NC Wyeth’s work, revealing a bellicose magazine illustration recycled into the more staid unfinished “Family Portrait”.  And pages of Archimedes’ texts have been revealed under two layers of overwriting.

Synchrotron x-ray is emerging as a scientific complement to historiography, telling us how our historic and prehistoric records came to be and what influenced their formation.  From the archaology to the archaeopteryx to art, from paleontology to a panoply of palimpsested paintings, advanced X-ray techniques help us to find the story beneath the story.
Run and Tumble
More Articles All Articles
About