Hank Campbell
It's not a surprise that as we get ready for Halloween season, stories will start to appear that relate to the macabre. And nothing is more macabre to modern minds than the tale of Vlad Dracul, who was on the front lines battling the Muslims in Eastern Europe and reputedly impaled 20,000 bodies as a warning to them.

It seemed to have worked, at least in that famous instance. You can imagine a sane Ottoman general seeing that spectacle and thinking 'Do we want to own a country where people have not set a guy like that on fire? The personnel headaches would be tremendous.'

Why would he do that? In a psychology-driven world, there are inherent defects - some people are born murderous sociopaths - and then less often there are experiences which make people evil. As a young child, the Ottomans held him for ransom and the little dragon must not have liked the experience, given his later desire to impale all of them. Even though Christians likely appreciated his help holding back the Muslims, the stories of his depravity became widespread al over Europe and then were truly immortalized in Bram Stoker's Dracula, which quite literally made him a drinker of blood. 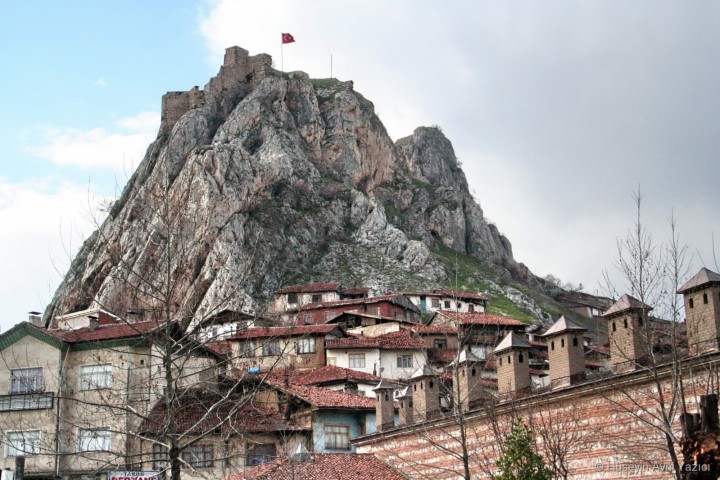 Now archaeologists believe that know which castle they held him in. Ibrahim Çetin says it is Tokat Castle in northern Turkey. Is there solid evidence? Not really, just a good location and a lot of tunnels and a dungeon. Which at Halloween, is all you really need to get a link from Science 2.0.

P.S. By the way, if you have never been to Turkey, you should go; everyone in the western world goes to Greece and Rome to see Roman and Greek ruins but Turkey is absolutely littered with archaeological history, and the only tourists you will stumble across are Germans. You can practically trip on a rock in Cappadocia and find a 2,000 year old coin.
Science 2.0
More Articles All Articles
About