Hank Campbell
I wouldn't have thought a reason to ban the type of pesticides called neonicotinoids ("neonics"), which replaced broad spectrum organophosphate pesticides with a product similar to nicotine that naturally acts on specific receptors in the nerve synapses of some insects but is harmless to anything else, would be because politicians can't pronounce "varroa mites", yet environmentalists living in the modern Food Babe-ish 'if you can't pronounce it, you shouldn't eat it' world have made that more and more plausible.

What was not plausible until yesterday is that an agriculture minister who wants to ban neonics actually knows so little about bees and science that he does not know what a varroa mite - the key thing science has implicated in bee deaths that occurred in 2006 - is. Yet provincial Minister for Agriculture, Food and Rural Affairs Jeff Leal must have been texting his friends during his briefing by lobbyists because he gets almost nothing correct, including the canned talking points that probably had his campaign contributors face-palming themselves.

MPP Tony Barrett goes after him first, "Minister, why did you allow emotion to trump science?" and then hilarity ensues. At first, Leal stays right on message with the sort of simple, meaningless jargon no one can disagree with - 'healthy pollinator strategy' and all that. Since Big Pooh Bear is not an actual formal political action committee no one disagrees with the value of bees and I think even Pooh Bear would agree if he knew science better than a Canadian minister and could stop getting his head stuck in jars. 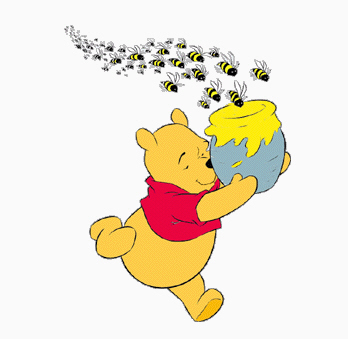 He then goes into the sort of false equivalence that is popular now when it comes to bee health - "a number of contributing factors". Hard winters, he says and then the "Vermont mite", before making targeted pesticides just as guilty.

First, I hope if you run agriculture for an entire province you know science better than Vani Hari and aren't stumped by really easy words, and second, if we know one thing causes 70 percent of deaths and one thing causes 1 percent of deaths, it is not legitimate to imply they are both equal contributing factors. It would be like saying Coca-Cola causes as many driving accidents as alcohol because occasionally someone drinks a Coke and wrecks their car.

He then tries to slip that "contributing factor" thing in again, hoping to get some agreement from Barrett, but the reaction from the pro-science contingent is immediate because they know what he is doing - he wants to ban neonics under the precautionary principle because...the agriculture sector is $34 billion and hundreds of thousands of people.

It's a common technique to throw out cosmic numbers to rationalize a ban, as if to say that going against the experience of the actual people generating the $34 billion and employing the 760,000 - farmers - and science will somehow make revenue not go down.

And because trying to say we should ban harsh winters would be silly - and varroa mites are too hard to pronounce.
Science 2.0
More Articles All Articles
About