Claims of secret meetings and manipulation of the policy agenda. A split in government ranks, and threats to withdraw from a national review. It’s all just part and parcel of the latest round in the development of Australian animal welfare standards and guidelines, in this case proposed new standards for the poultry and egg industries.

The public consultation ends on February 26. Although a range of options remain on the table, the current draft standards have been criticized by animal welfare groups. They argue that these offer little improvement in animals’ housing conditions and other important welfare matters .

Most notably, the draft standards exclude any phase-out of battery cages. Instead, they retain the existing space allowance of 550 square centimeters for each laying hen – smaller than an A4 sheet of paper. Animals Australia has also expressed concern about the conditions in which meat chickens will continue to be raised.

Besides the criticism of the draft standards, there is concern about the process by which they have been developed, with allegations that governments are being unduly influenced by industry. 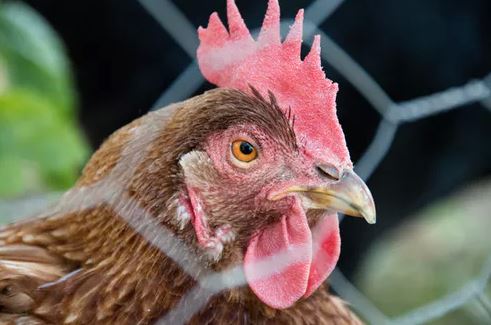 Three scientists complained about selective and misleading use of their research to strengthen the case for conventional caged egg-laying systems. While they later expressed satisfaction with the revised documentation, the lack of an independent scientific review led the RSPCA to conduct its own review of the current science.

The concerns also prompted the Victorian government to commission its own review of the scientific literature.

Western Australia was the next state to weigh in. In November 2017, the state agriculture minister, Alannah MacTiernan, expressed misgivings about the draft standards, citing their failure to reflect both current scientific thinking and community expectations.

MacTiernan also threatened to pull out of the national process after a damning report on the ABC’s 7.30 program in December.

Documents obtained by the ABC appear to show secret meetings between the NSW Department of Primary Industries (DPI) and industry representatives, allegedly to manipulate the outcome of the process. These also revealed that a meeting was requested with the “independent” chair of the standards advisory group before his appointment was finalized.

Allegations of impropriety were compounded in January 2018 by the revelation that Victoria’s executive director of biosecurity emailed the NSW DPI in 2016 to express concern about the standards process. The email noted that Victoria “to some extent shared” the RSPCA’s criticisms, including that the process lacked independence and transparency and had been “stage-managed” for the benefit of industry.

While the DPI admitted that Victoria had raised concerns, a spokesman for NSW Primary Industries Minister Niall Blair said these issues had been dealt with appropriately by escalation to the Animal Welfare Task Group (AWTG). The minister’s office denied any secret meetings with industry.

The chair of the AWTG also rejected any undue influence, stating that “industry was not represented on the group that was tasked with drafting the guidelines. This group included representatives from Animal Health Australia (AHA) and the NSW Department of Primary Industries”.

But this is hardly reassuring. The AWTG is comprised of deputy secretaries from Commonwealth, state and territory agriculture/primary industries departmentslink text.

AHA is a not-for-profit company consisting of these departments and major livestock industries. Its strategic priorities suggest that it is chiefly concerned with animal welfare as a way to improve biosecurity and market access.

Meanwhile, the DPI’s principal goal of promoting primary industries is at odds with its management of the animal welfare standards process. This is particularly true given that NSW has the largest proportion of egg producers in Australia.

This saga seems to underscore a claim that lawyers have been making for years: that animal welfare regulation is characterized by conflicts of interest and dominated by industry.

Disquiet about these issues has reached the Productivity Commission. In 2016, it identified major shortcomings with farm animal welfare regulation. These included a lack of credible scientific evidence and a need for greater independence and transparency.

Australians have already demonstrated their concern about animal welfare by changing consumer habits. The publicity about the current process and the strength of community opinion may yet force some revision of the proposed standards.

After all, in denying any collusion, Minister Blair’s office has stressed that the draft standards “will be changed and updated to reflect the feedback” from the consultation.

But that’s no longer enough. There can be little confidence in a process that attracts trenchant criticism from such diverse quarters. To restore public confidence, we need to take animal welfare out of the hands of state and federal agriculture and industry departments, and give it to an independent umpire.

By Elizabeth Ellis, Honorary Senior Fellow, School of Law, Faculty of Law, Humanities&the Arts, University of Wollongong, and a member of the RSPCA and Animals Australia used as sources here.This article was originally published on The Conversation. Read the original article.