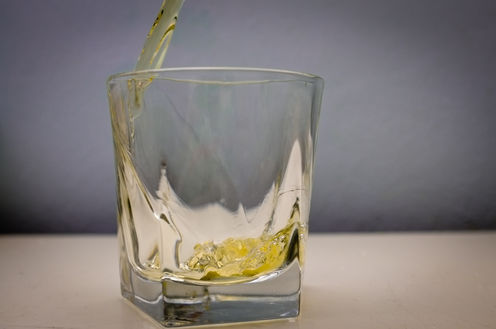 It’s been a disappointing couple of weeks for the Scotch whisky industry.

Diageo reported that it is delaying plans on a £1 billion new-build distillery just north of Inverness following a slow-down in the company’s key whisky markets, particularly Latin America and China.

Now leading whisky expert Jim Murray has awarded Suntory’s Yamazaki Single Malt Sherry 2013 top marks in the Whisky Bible for 2015, with no Scotch appearing in his top ten. As if that wasn’t bad enough, there was an English whisky in the top 10 – almost the ultimate snub in Scottish eyes.

Has Scotch whisky had its day? Certainly, as Murray himself contends, there are an increasing number of other nations producing very good quality whiskies. Such is the diversity that Scotch only actually comprises 27% of the total (and the share is falling – see chart).

A dram from Taiwan, Belgium, the USA, Australia, Sweden, India or even England or Wales will not necessarily disappoint and indeed could very well impress. Murray is certainly not the first specialist to judge an overseas whisky superior – a Tasmanian malt picked up the World Whiskies Award earlier this year, for example.

The barriers to entry for new players are evidently surmountable – even while regulations constraining whisky production and labeling in the EU get tighter (affecting Scotch along the way). Manufacturers of stills are apparently doing a brisk trade, especially in the small-scale (or “craft”) sector, and there are numerous innovations coming to light around the design of the whisky still itself.

The case for the defense

So should the Scotch whisky industry be worried? Yes and no. Scotch whisky has three huge advantages in the marketplace. First, it has huge provenance and reputation. With iconic images of warehouses full of oak casks, their contents calmly maturing to their peak, gleaming copper stills and sites set in idyllic settings, it’s difficult to consider such locations as merely factories.

Second, the climate is conducive to sedate spirit maturation. Humidity rarely deviates outside 60%-90% relative humidity in Scotland, and mean temperatures are a little below 10°C – damp, cold and barely changing, in other words. Most advantageous of all, the practice of cross-trading casks between competing firms gives the Scotch whisky blender unrivaled options for the production of existing blends and the creation of new blends.

Add to this the sheer volume of aging stocks in Scotland and it would seem, on the face of it, that the environment and reputation of Scotch whisky are unbeatable.

This allows Scotch to command premium prices around the world (even if we ignore high import tariffs levied in various countries). This is crucial when we recall that more than 90% of all Scotch whisky produced is destined for export, so the battle for consumer share-of-throat is being waged in many markets across the globe. The case for the prosecution

All the same, Scotch is potentially under threat. Some of the established producers in North America, Asia and Australasia can clearly mix it with the elite, at least in terms of sensory performance.

It can help that some non-Scotch whiskies are distinguishable from their Scotch counterparts by certain characteristics, such as the use of rye as a part-replacement for malt or maize, and the subtly different flavor characteristics that come from using Japanese oak for some of the Japanese whiskies. These provide unique selling points that can excite consumers looking for something new.

Many of the new entrants are small affairs, but any Scotch producers feeling complacent should check out the history of craft brewing. Inthe USA, UK, Italy and Australia, the craft beer sector commands increasing market share at the premium end of the market.

It may not be easy to make good whisky, but the increasing availability of know-how and customizable stills both allow the budding distiller to try his or her hand.

For example, the English Whisky Company had a whisky in Murray’s top ten, while the Welsh distiller Penderyn has been making a name for itself too. Not that it is so easy to make your own. In brewing circles the adage is that it’s easy to make beer, not so easy to make good beer. The same can be said of whisky.

There is particularly an opportunity for distillers focused on non-matured white spirits such as gin and vodka. Those types of liquor generate immediate cash flow, which can create business space for devoting more of the patience that maturing whisky requires.

These new entrants are less encumbered by tradition and can move more quickly to develop innovative ideas for process and product. The English brewer/distiller Adnams is an example, having unveiled its first whiskies last year.

Indeed, other spirits are perhaps the biggest threat overall to the whisky category and in particular the Scotch whisky category. In the UK vodka volumes have been growing in excess of 3% per annum, while Scotch’s share of the UK spirits market has fallen from 38% to 22% in 30 years.

Some predict that worldwide whisky sales will grow in comparison to vodka in the next few years (although they are smaller overall), but Scotch has to compete with a wide range of other spirits too. In short, there is plenty for Scotch to worry about – both in terms of business and perfection. But by way of consolation, let me expand on one of the advantages I mentioned before. More than 90% of all Scotch whisky produced is a blend.

The cross-trading tradition and huge variety of Scottish grain and malt distilleries ensure there is an unrivaled diversity of both blending palette and experience for formulating blends.

The era where Scotch was the ultimate hallmark of single-malt quality might be over, but it might be a step too far to expect overseas rivals to produce a blend that competes with a Scotch blend. That should provide a mainstay that allows the Scotch whisky industry to continue to thrive for years to come.

Paul Hughes, Visiting Professor in Malting, Brewing and Distilling at Katholiek Universiteit of Leuven, has received funding from the Scottish Funding Council, Technology Strategy Board, Knowledge Transfer Partnership, Engineering and Physical Sciences Research Council. He is director and 100% shareholder of his own consulting and publishing company, Yasigiworld Ltd, SC 401513

Top image: Japan and Tasmania are muscling in on the whisky gongs. nivekhmg, CC BY-SA
The Conversation
More Articles All Articles
About