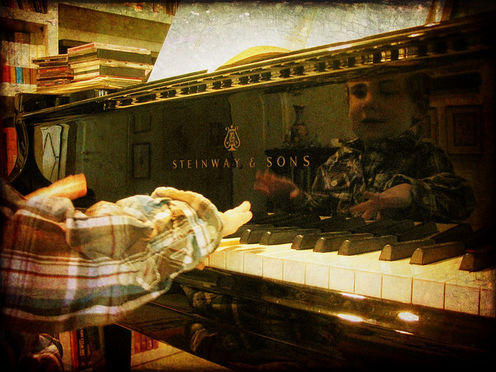 The benefits of music education are widely reported. Playing an instrument has been shown to have significant cognitive benefits.

Creative thinking, social and emotional intelligence, coordination, memorization and auditory processing are all thought to improve in school-age children who learn music.

This makes it hard to argue with the fact that learning music is a good thing. But, when it comes to the type of music to teach, things get less agreeable.

Violin virtuoso Nicola Benedetti advocates forcing classical music on young people, complaining about teachers and parents who are reluctant to do so. In a recent interview with The Scotsman, Benedetti said:

It actually really upsets me when people say: ‘Kids hate listening to a symphony, why would we do that to them?’

Needing the child’s approval for what they do in school is just such an alien concept when you’re talking about maths, science, history or English, but, suddenly, when you bring music into the mix, it’s: ‘Oh no, we can’t show them anything that they don’t instantly love because that would be like forcing children into something that they don’t want to do.'

Considering Benedetti’s background and standing within the classical music world, her views are not surprising. To accept Benedetti’s argument however, is to accept that classical music is the music most worthy of study and that a force-feeding approach will be good for students.

It is not unusual for classical musicians to put forward that classical music is “better” than all other musical styles. The reasons for this belief is usually not able to be explained in more detail than “it’s just more sophisticated”. A baby Beethoven CD. Classical music has no proven cognitive benefits above and beyond any other kind of music, despite popular belief. iClassical Com/Flickr, CC BY

French sociologist Pierre Bourdieu would suggest that classical music is highly valued because of who consumes it - those with money and power. This leads to a process of reproduction: things that are consumed by the elite classes become more valuable because of their association with wealth and power.

In spite of the widely exaggerated reporting of the Mozart effect, there is no evidence to suggest that learning classical music leads to greater cognitive benefits than music of any other style. There is good (and bad) music in all styles.

The way we measure good or bad varies between styles. Comparing apples with oranges is based on a flawed logic. If the criteria for a good apple are used to measure the quality of oranges, no apple will ever be able to compete.

But there is lots of evidence to suggest that meaningful learning requires engagement. Forcing classical music, indeed forcing any music, on unwilling students is unlikely to achieve the sorts of positive benefits - musical or cognitive - that an engaging and varied curriculum will.

School music often has low numbers of students taking part, particularly in senior year levels. Research claims this is because teachers choose repertoire that isn’t of interest to the students, and teachers' attitudes towards the music that students enjoy sends a message to students that music education isn’t for them.

Of course, teachers who share their passion for classical music in a way that connects with students may very well give students access to a world of music that they would not have discovered on their own. The same could be said for jazz, world music, musical theatre or, for some students, anything that falls outside of Top-40 pop music.

Good music education will involve students doing a wide variety of music in a wide variety of ways: singing, playing, listening, analysing, composing. This is far more likely to lead to meaningful learning than taking children to the symphony then blaming them for not enjoying it.

Benedetti’s role in the education of young instrumentalists is certainly admirable. She is involved in Sistema Scotland, a charity that gives opportunities for young people to learn orchestral instruments. In addition, her own program “The Benedetti Sessions” gives young string players a chance to rehearse and perform alongside her. But these programs are for students who choose to spend huge amounts of time learning and practising their instrument, not the majority of students who learn music at school.

There is nothing wrong with students learning classical music in school. But it’s not the only way to provide students with a valuable music education. More importantly, a “whether they like it or not” approach is very likely to do more harm than good.