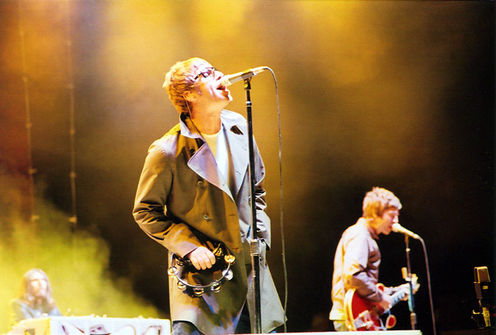 How we get along as siblings is a deeply personal issue and profoundly effects our lives as individuals. It’s an issue that crosses cultures and economies, levels of class and fame.

This point was reinforced to me when I did an interview on the Today Show about the importance of sibling conflict. Co-host Karl Stefanovic torpedoed in at the end and dismissed everything I was saying as nonsense. He made it clear that his lifelong domination of his younger brother, Peter, is perfectly normal and acceptable. If anything he seemed to be very proud of it.

Interestingly enough, Peter is also a successful journalist, but has nowhere near the popularity – and likely the pay packet – of his brother.

What is striking is the paradox of sibling relationships. People will often tell you that the bond they have with their sibling or siblings is incredibly special. It’s unlike any other relationship they have. It is sacred, special and highly functional. After all, where would the aviation world be without the Wright brothers, the music world without the Jacksons or politics without the Kennedys?

However, it’s not hard to spot plenty of examples of where sibling rivalry and conflict is the source of lifelong, deep-seated hostility and anger. Like those that can’t live without their brother or sister, there are those like music’s Gallagher brothers, who can’t stand the sight of one another and never want to see each other again.

As mining magnate Gina Rinehart’s kids will tell you, sibling relationships can tear families apart. They can also be very costly.

So why is this? Why do some sibling relationships go so well, and yet others so badly? But more importantly, does it actually even matter whether you love or hate your brother or sister? The short answer: yes. And it probably matters far more than we think.

A look at the sibling relationship

The sibling relationship is the longest relationship we have. It typically lasts longer than our relationship with our parents, our romantic partner, children, friends and work colleagues. In developed, Western countries, around 80% of people have a sibling. From the earliest age, our siblings teach us the basics about life. shutterstock

The sibling relationship is best understood as the training ground for life. From the earliest age, our siblings teach us the basics about life: how to share; how to take turns; how to love and nurture; how to reason and solve problems; how to negotiate; how to cope with disappointment; how to get back up after being defeated.

But the influence of siblings goes well beyond learning how to wait for your older brother to finish his turn on the computer before you can have a go. Siblings have a significant impact on key developmental milestones including the acquisition of interpersonal skills, cognitive development and sensitivity, emotional development and adjustment, social understanding, sharing and social skills, and socio-cognitive reasoning skills.

Blood is thicker than water – or is it?

Argy bargy between siblings is normal. There’s no shortage of scientific evidence, let alone public opinion, which converges on the relevance and importance of a bit of rough and tumble play and healthy competition between siblings.

Constructive sibling conflict is important developmentally and can help children learn important skills, like how to be assertive without being aggressive. The question worth asking here is what – if any – problems are associated with elevated conflict between siblings.

Sibling relationships marked by elevated levels of hostility and conflict are associated with a number of potentially very serious consequences including delinquent behaviour, behavioural problems in adolescence, and the development of some serious mental health and behavioural problems such as depression, anxiety and self-harm. Sibling conflict in adolescence has also been found to correlate with adult romantic relationship conflict.

Some experts even suggest that sibling conflict should be recognised as the most common form of bullying.

The onset of sibling conflict has been linked to many different factors, such as the age gap between siblings, birth order, gender constellation, developmental stage, peer influences, parental marital status and conflict, parent gender, parent behavior and parental favoritism.

The role of parents

I have written previously that we should be careful of being too critical of parents. We should be embracing their appetite for knowledge and evidence and using this to everyone’s advantage. The better skilled and equipped parents are, the better off society will be. Research supports the view that parents exert a profound effect on their children’s relationships. shutterstock

It is parents who are at the heart of the sibling paradox. Research has found that although parents are worried about sibling conflict, they see it as perfectly normal. However, it turns out that parents are right in their concerns. Research clearly supports the view that parents exert a profound effect on their children’s relationships.

For example, one recent study trained parents to mediate their children’s conflicts and demonstrated how parents’ involvement in conflict behaviours not only led to a reduction in fighting between the children, but that the children were able to replicate the mediation skills they experienced through their parents.

Another study of 65 families of predominantly Mexican descent identified that supportive and democratic parenting and positive family expressivity were associated with sibling relationships defined by high warmth and low agonism. This indicates that positive parenting practices may well be implicated in the mechanisms of reducing sibling conflict.

Sibling relationships are dynamic and evolve over a lifetime. Like all relationships we have they can naturally vary in their strength, intensity and quality. However, it is a mistake to conclude that conflict ultimately brings siblings closer together.

The better way to understand the sibling relationship is that it is an ideal platform for children to learn the skills and abilities for them to do well in life. Parents can play an enormously important role in helping their children navigate their relationship and ensuring that their children are on the best possible development trajectory.

By John Pickering, Research Manager at The University of Queensland. This article was originally published on The Conversation. Read the original article. Top image: Oasis: The Gallaghers can't stand each other yet separate they have done nothing. Credit: freschwill