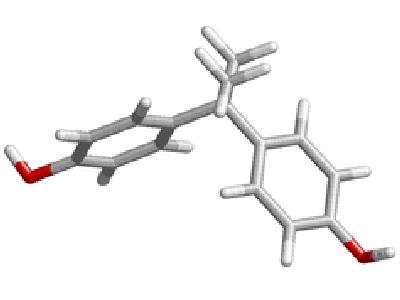 Bisphenol A is in the news again. A paper just published in the Public Library of Science with the alarming title of “Holding Thermal Receipt Paper and Eating Food after Using Hand Sanitizer Results in High Serum Bioactive and Urine Total Levels of Bisphenol A (BPA)” is bound to ratchet up anxiety levels about this chemical yet again.

Yet this paper shows once again that being able to measure something is no guarantee that the measurement is meaningful.

Just to remind you, bisphenol A (BPA) is a weakly estrogenic chemical used in a number of different commercial applications, from hard plastics to thermal printer paper. Up until now most of the attention has been on its use in plastics with the possibility of the migration of BPA into foodstuffs.

People are typically exposed to levels of BPA well below those with a biological effect. While BPA can have effects similar to the hormone estrogen, it is between 10,000 to 100,000 times weaker. In order to achieve an intake of BPA at the regulatory limit (which is 100 times less than the level which causes no effect in long term animal studies) by consuming canned soup, which has one of the highest levels of BPA (and taking the soup with the highest level of BPA), you would need to drink 100 cans of soup in a day to reach the acceptable exposure level.

However, the same reactivity that makes BPA good at turning into plastic makes it a good developer in thermal printer paper. BPA is mixed with proto-dye, where the paper is heated by the printer head, the BPA reacts with the proto-dye and a dark color is produced. Not all thermal printer papers use BPA though.

The paper Holding Thermal Receipt Paper and Eating Food after Using Hand Sanitizer Results in High Serum Bioactive and Urine Total Levels of Bisphenol A (BPA) looks at whether BPA-containing thermal receipt paper could be a significant source of BPA exposure for humans.

However, the conditions used in this experiment are quite unlike any realistic use of thermal paper. The subjects wet their hands with a hand sanitizer that penetrates the skin. They then held thermal paper in their wet hands for four minutes, after which they immediately handled and ate food.

If you have ever watched a cashier handle thermal paper, they typically hold it between thumb and forefinger (or thumb and first two fingers) for only a few seconds. This means that not only is the duration of exposure much smaller, the amount of skin surface area available for absorption is smaller, so much less material will be absorbed.

Even under these extreme conditions (whole, wet hands, four minutes holding, immediately handling and eating food), the BPA levels in the subjects blood all remained well under levels shown to have a biological effect, and was quickly eliminated from the blood. There was measurable levels of BPA, but 30 nanomolar BPA for the average maximum blood concentration (yes that is nano - which means 1x10-9 moles of substance per litre of blood, ie tiny) cannot by any means be thought of as “high” as per the title of the paper. The lowest biological threshold for BPA activity is 100 nanomolar, and this was only seen when cells in tissue culture were exposed to this concentration for three days!

Again, because you can measure something does not mean the result is meaningful. Our tests for opioids are so sensitive that eating a single poppy seed cake can produce a positive result.

Now, you might say “well 4 minutes is a long time to hold thermal paper (in wet hands, wet with special skin penetrating hand sanitizers), but while cashiers handle thermal paper for a few seconds, they do this for hours on end, surely their overall exposure is much more than 4 minutes”.

However, BPA is rapidly inactivated in the body. Short exposure times (and much smaller skin surface exposed) means that very little BPA is taken in, and by the time the next exposure happens, even if it is only a couple of minutes, the BPA has been substantially removed.

The exposure from this pattern of handling will be nowhere near as much as the continuous exposure in this experiment (to achieve 4 minutes exposure by 2 seconds of receipt holding then 2 minutes before the next receipt would require 4 hours of constant work at this level - not a likely occurrence).

As a reality check, subjects with dry hands (which is typically how people handle receipts) who held the receipts for the same long time showed no change in blood or urine BPA.

This study shows that for the majority of the population handling thermal paper is not a significant source of BPA.

For cashiers who wish to be cautious the take-home message is:

b) follow standard public health advice to wash your hands before eating food (the bacteria on money is more of a hazard than BPA though).

(for more information on BPA and health effects see my articles here, here, and here)

Ian Musgrave does not work for, consult to, own shares in or receive funding from any company or organization that would benefit from this article, and has no relevant affiliations.