Tommaso Dorigo
This year marks the 150th anniversary of the Periodic Table of Elements, whose inventor is Dmitrii Mendeleev, a Russian physicist who is famous for that achievement but who actually gave enormous contributions to Physics in a number of different areas of experimental research. It is also well known, but actually a misconception, that Mendeleev "invented" the correct recipe for the Russian national drink, vodka. In fact, he studied the mixture of water and alcohol in detail, discovering several of its interesting properties, but vodka was appreciated before him, as it did after.
A week ago I had the occasion to invite to Padova for a seminar dr. Vladimir Shiltsev, who is a top-notch Fermilab scientist, one of the leading experts in accelerator physics. Shiltsev has been the head of the Tevatron Department and Director of the Fermilab Accelerator Physics Center in 2007-2018. He has also authored a book on "Electron Lenses for Super-Colliders" and another on "Accelerator Physics at the Tevatron Collider". His seminar, however, was not on accelerators, but on his fellow countryman Mendeleev. And the seminar was brilliant!

Shiltsev explained how Mendeleev worked painstakingly, acquiring data on different elements for a long time before he could decrypt the structure behind the atomic mass and the valence of elements. The result, described in the document shown below, was published in 1869. By organizing elements in his table, he could not only explain the properties of known elements, but also predict the existence of others not yet discovered - which were found soon thereafter. 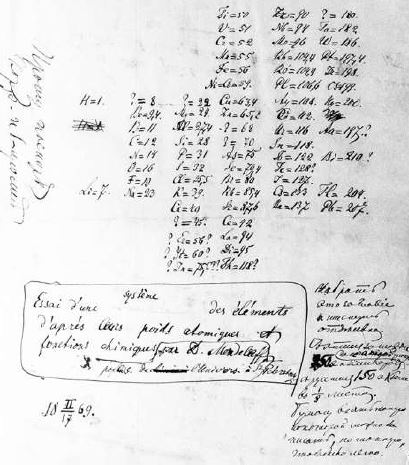 Nowadays new atoms are found by facilities such as the one of Dubna, shown below, where atomic nuclei are brought together by accelerators that provide just enough energy to overcome the electrostatic potential barrier (nuclei are positively charged!). 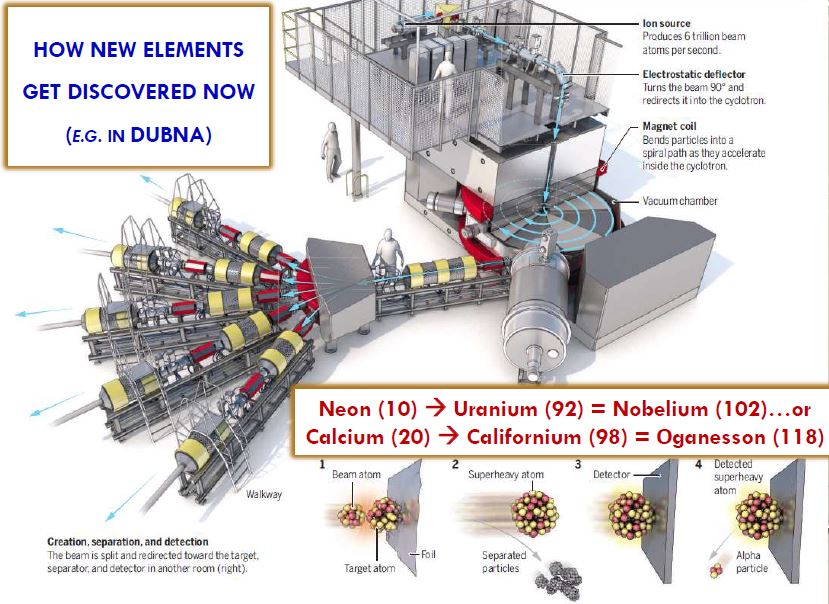 The heaviest elements are however extremely short-lived, and the reason is that their inner electrons feel a very strong electromagnetic potential, and spend inside the nucleus a significant fraction of their time. This makes it possible for the inverse beta decay to take place - a proton and an electron create a neutron and a neutrino. The nucleus thus loses one proton, becoming one of smaller atomic number.

Another thing that Shiltsev explained was indeed about the recipe for vodka. It turns out that vodka is a very peculiar mixture: its density is higher than the linear combination of the densities of water and alcohol. This is because alcohol molecules attract water molecules such that they "pack them in", occupying less volume. This packing has a maximum when the volume fraction of alcohol is of about 40%, close to the value used for vodka today. Indeed, sipping a denser drink is an appreciated feature. This is especially evident when the mixture is cooled, when this density packing acquires its maximum effect, and the liquid becomes some sort of syrup. Try it for yourself!

In summary, I highly advise you to invite Shiltsev at your University if you have a chance. His account of Mendeleev's life and achievements was really remarkable, and I apologize for having been unable to pay a good service to it with this account.

The picture below shows that after the seminar, which was followed by a large audience, we were able to offer a slice of a "Periodic Table" cake and a sip of vodka to all participants... That was also a suggestion of Vladimir, which he had implemented in other similar events (in the picture you see from left to right Paolo Checchia, Vladimir Shiltsev, and Donatella Lucchesi). 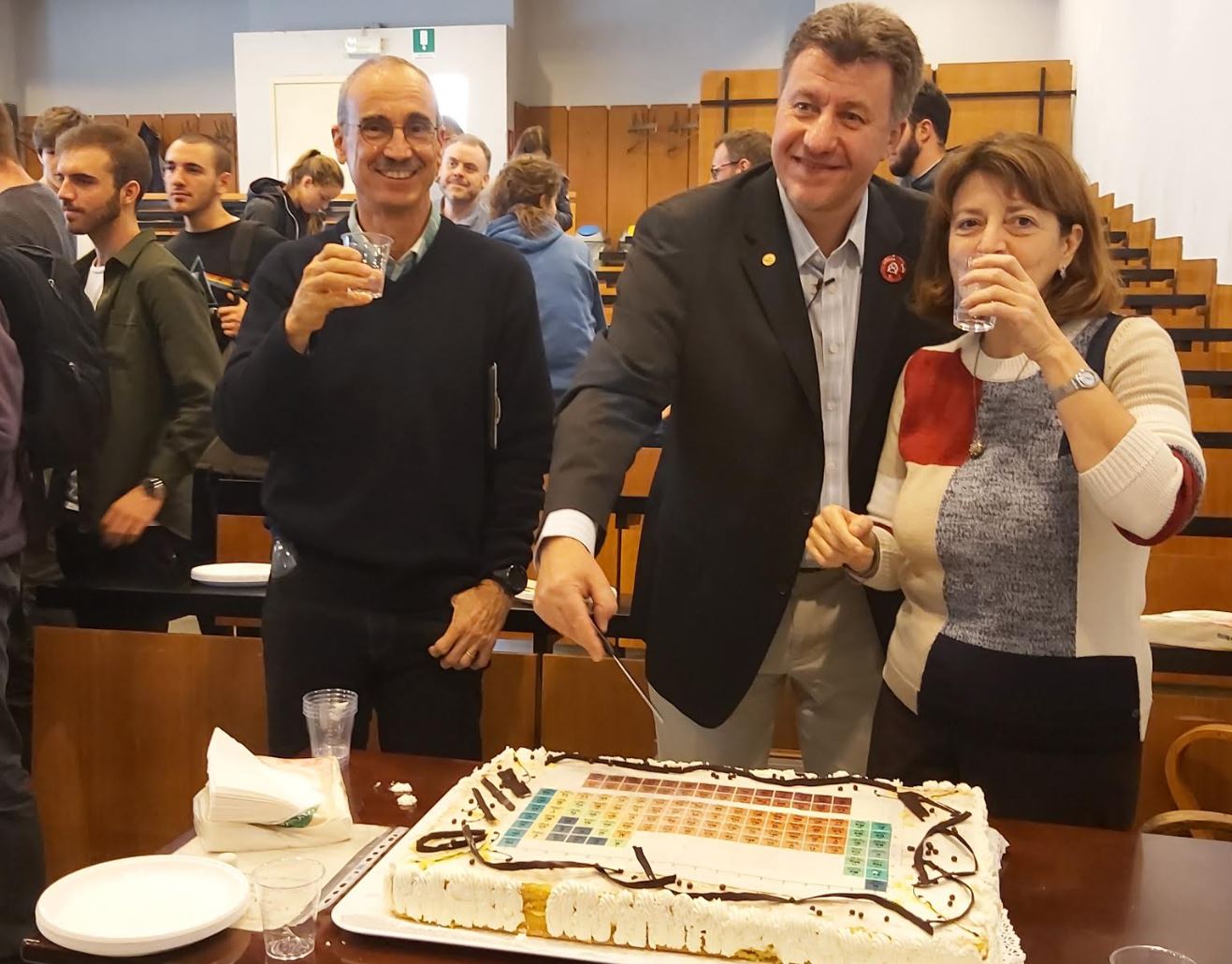