Tommaso Dorigo
Peter Heine Nielsen, a Danish chess Grandmaster, summarized it quite well. "I always wondered, if some superior alien race came to Earth, how they would play chess. Now I know". The architecture that beat humans at the notoriously CPU-impervious game Go, AlphaGo by Google Deep Mind, was converted to allow the machine to tackle other "closed-rules" games. Successively, the program was given the rules of chess, and a huge battery of Google's GPUs to train itself on the game. Within four hours, the alien emerged. And it is indeed a new class of player.
The AlphaZero neural network uses reinforcement learning to teach itself things from scratch. It does not rely on previous knowledge - which in the case of chess is surprising, as the mass of knowledge on the game accumulated in centuries of experimentation is hard to shrug off. Combined with a powerful search algorithm, the neural network is at present unbeatable. This was demonstrated in a 100-game match against the strongest chess program around, Stockfish 8.

What impressed me when I saw a few games from that match, which was concluded with 25 wins and 75 draws, no losses from Alpha zero, is that the machine can display an evolved treatment of openings, is keen to sacrifice material for positional gains, and has no prejudices. Indeed, while most chess machines around have pre-defined weights that discourage certain kinds of positions -say, putting your king in the center of the board when there's lots of pieces around potentially capable of threatening it is a no-no strategy, punished with negative weights that prevent chess engines from entertaining the thought- alpha zero knows no borders. Look at this position, e.g.: 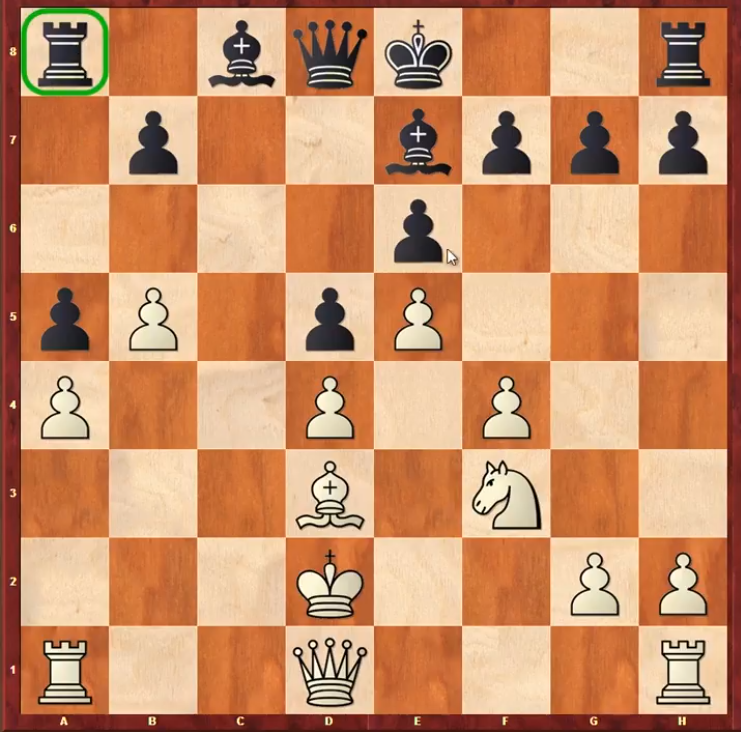 It transpires that something has gone wrong for black - while its position is solid, it is left with a white-squared bishop that has no future, blocked as it is from its own central pawns. White, instead, has gotten rid of its own potentially similarly fated darksquared bishop, and enjoys more space. So what is the next move that white does here?

Most humans would play Rc1, or some other developing move. Many would contemplate the manouver Ke2-f2, Re1, Kg1 to bring back the king to safety. But alpha zero is not human. So it plays Ke3!, as the king can thus support the center and be away from the important second rank, freeing the other pieces for more important attack operations.

The king in e3 does not fear any ghost of instant attacks by black. It is a star move, one that some grandmasters would certainly conceive and play, but also one that past machines would usually not contemplate. So you see - I am using an example of human play to show that the machine is super-human?! The point is that this program taught itself to play positionally, and can do this at the highest level, while crushing the strongest tactical machine on the market. We see that in the following diagram. 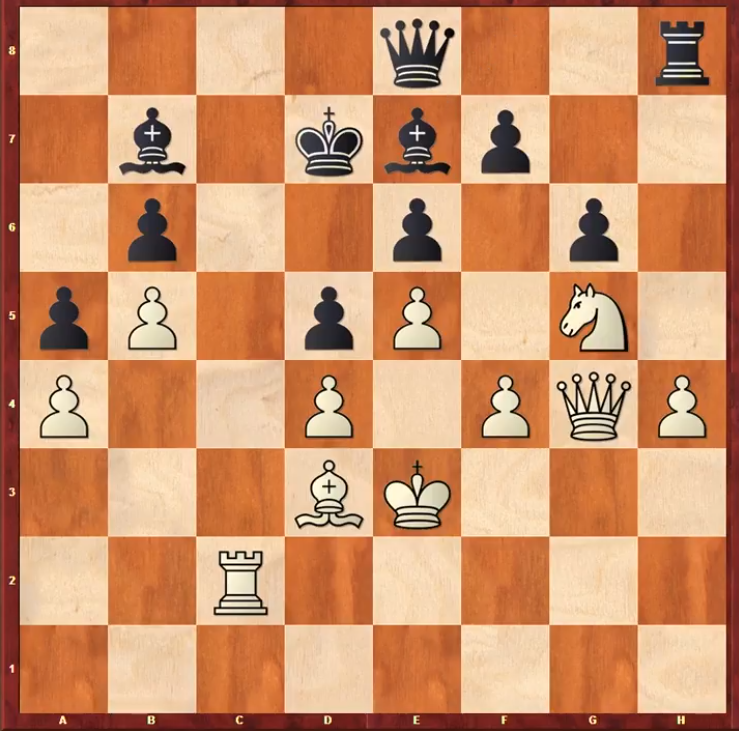 In the above position white has an obvious, large advantage. The poor light-squared black bishop is still there, looking for something to do; white controls the only open file, its pieces are aggressively placed. In the previous moves white slowly improved its position by small incremental steps, as only the best grandmasters could have done (Fischer, e.g., was a master of this). And now, after a positional game, comes a blow. Can you see it ? Mind you - it's not hard to see that there's a tactical possibility in the position. However, while you could make that move in a blitz game, in a serious one you would consider it, and then discard it, as it apparently has a flaw.

I am sure that a medium-sized grandmaster would have seen Bxg6!!, analyzed the black counterblow, and finally understood that white gets a dominant position after 3.f5!!, as indeed Alpha zero played. But what I am impressed with is the fact that this combination was impossible to avoid. The way Alpha zero constructed its dominant position, creating the opportunity of a way to crush through, is indeed what is most impressive.

I await patiently for the time when somebody will publish the 100 games and comment them - I am sure there's a treasure of things to learn there. But already, the fact that with no opening book to learn from, this fast learner has started to play 1.d4 is very amusing. We were taught that if you are a better tactical player you should open 1.e4, as that move leads to more open games, ripe with tactical possibilities. Now I see this tactical monster opening 1.d4, and I wonder whether deep within, 1.d4 is the best choice for such a playing style ?
A Quantum Diaries Survivor
More Articles All Articles
About