Tommaso Dorigo
I know, Google has been around for decades by now, and nobody should be surprised to learn how easy they have made the life of information seekers, among other things (I am also an addict of their search engine, scholar, maps, trends, and gmail utilities). But my mouth still dropped today as I discovered their "ngram viewer".
It happened by chance. I was trying to find out whether "as best as possible" is really a correct English phrase, or if it is just a tad slang, and the google search pointed to a page where the matter was settled by a cool graph:

Above, the red curve shows the incidence of the phrase "as well as possible" in literature across the past two centuries; the green and blue curves show instead respectively "as good as possible" (which, I'll admit, should not be compared to the other two as it is an adjective in itself) and "as best as possible". Just, wow. Can you imagine a more complete, thorough answer to my question? And it was at my fingertips from the start, had I known the existence of this great tool.

From the graph it is clear that "as best as possible" is a minority alternative, which has been steadily gaining ground in the past century, and should, I guess, be considered a sound expression by now, if a bit less "kosher" than its main substitute.

Google ngram allows you to do this in English, British English, and French so far. I hope they'll extend it to other languages, as it is incredibly interesting to see the evolution of languages over time. I would be particularly interested in observing the evolution of Greek sentences, as Greek is a language that has been undergoing a very fast transformation in the past century, and particularly between 60 and 40 years ago, when a formal transition from katharevousa to demotic took place. But ok, that's just me. In any case, one can play with this thing forever.

As an example, you can compare the incidence of people in literature: take, for instance, my name, and compare it to that of my father (Wladimiro Dorigo, 1927-2006), who was an art historian: 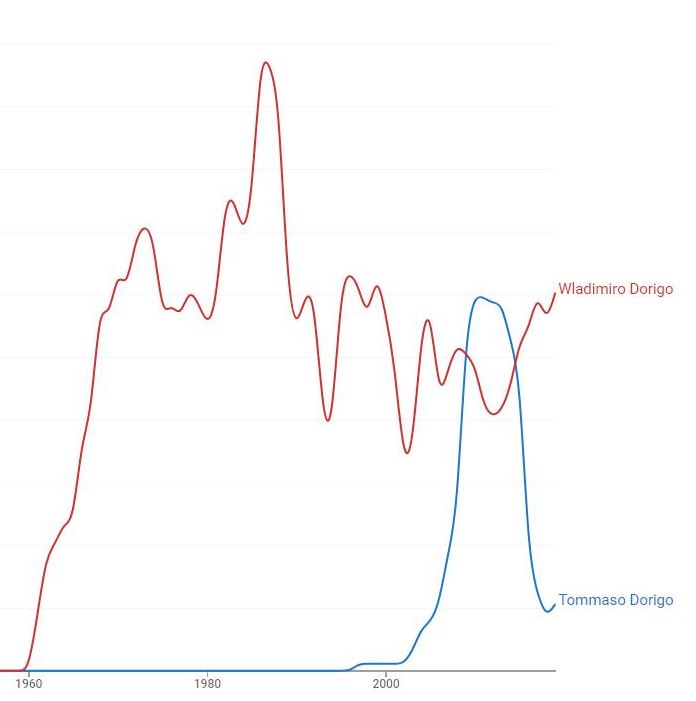 Whoops - I briefly surpassed him in mentions for a while during the years of the Higgs discovery, but I am quickly returning to oblivion now, while he - over a decade after his death - is still going steady. Of course, this has little to do with one's impact in science or in outreach or anything like that - it is a very narrowly constructed metric, but still it is very interesting to see its variation over time and comparisons of all kinds. 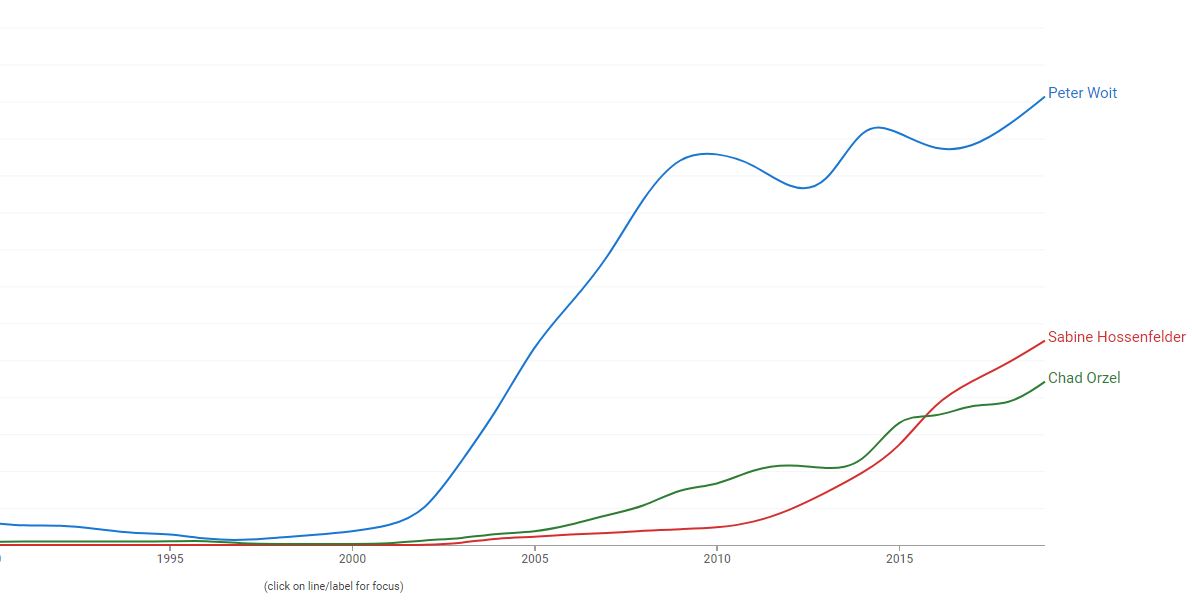 (No, I don't compare to those titans). Ain't this cool, anyway? (Or should I say, "at any rate"?)... You can play with google ngram viewer here. Have fun!