Tommaso Dorigo
If you have a minute to spend watching something really cool, why not having a look at the completion of the installment of GEM detectors in the CMS experiment at the CERN Large Hadron Collider, ***RIGHT NOW*** (6PM CEST Oct 24th) ?
You can do so by connecting to the CMS web site.

For those of you still unconvinced: CMS is one of the four main experiments at the Large Hadron Collider, one of the two which discovered the Higgs boson in 2012, it is the most massive, and by far the most photogenic - just check it out today to get convinced of the fact. Or see below: 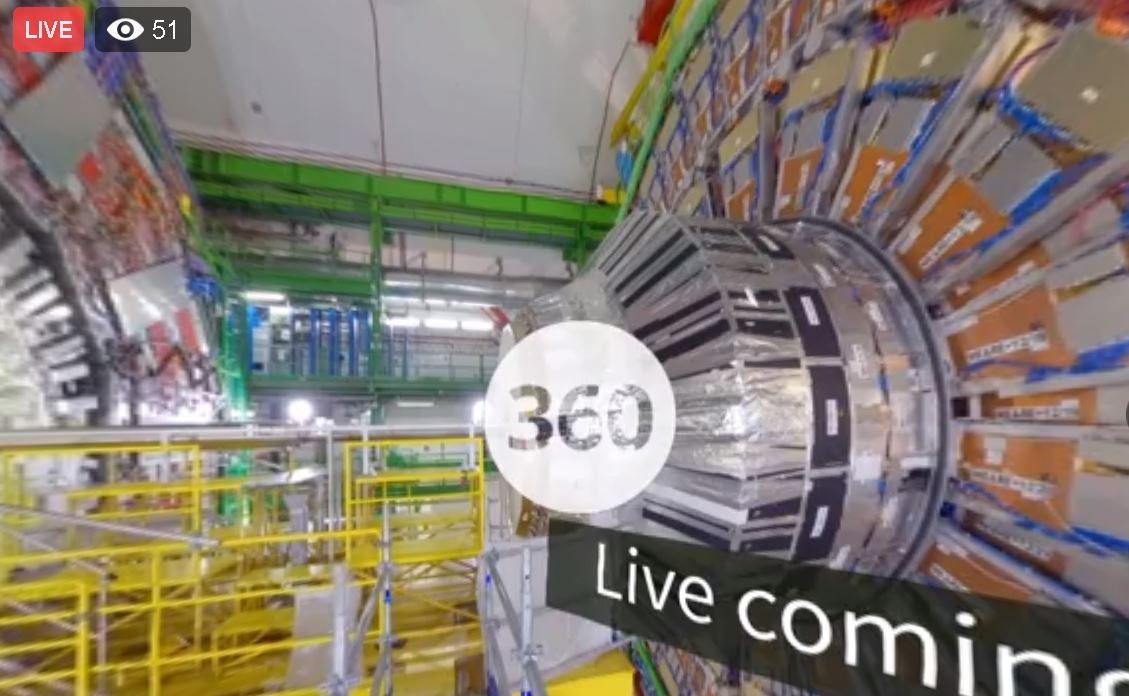 As for GEM detectors, they are made of thin layers of insulating material with tiny pinholes that accelerate the electrons passing through. When a charged particle releases ionization in the detector, the electrons get multiplied when passing through the high electric field in the holes, and release  a detectable electric signal. One can thus manufacture large-area, precision detecting sheets with relatively cheap technology.

I will stop writing now as otherwise you'll miss the broadcast! It is a live broadcast in 360 degrees video... Should be fun!!