Tommaso Dorigo
And there it starts. At a very important juncture for fundamental science, physicists are gathering in Granada this week as part of a multi-pronged program that will lead to agreeing on what are the priorities for particle physics in Europe. Given that particle physics is a global, collaborative endeavour nowadays, with experiments typically composed by thousands of physicists from all around the world, we can be sure that what will be agreed is going to shape the future years of this experimental discipline, as not only European projects are discussed, but more in general all projects to which European scientists contribute.
There has been much talk over social media about whether money for a new large collider would be "wasted", as if furthering human knowledge can even get close to something similar to a waste. Our civilization wastes huge amounts of resources in a number of silly ways, from maintaining oversized armies, building and using weapons, to creating pollution which will take enormous resources to one day clean off - if we will ever pull that off.

However, this is the age of instant knowledge: a half hour internship will allow any internet surfer to feel they have become experts on any topic, and they will form an opinion on how science should and should not progress.

What's worse, there are always disgruntled scientists around, who will take every chance they can at getting even with a system they dropped out of, maybe in pursuit of a better personal fulfilment. They know the stuff, or so they think, and they will try to inflict damage to their former field of study, getting their revenge! Internet gives them megaphons to reach out and collect a following among the instant-knowledge crowd. It is an impressively effective mechanism, which in an age of irrational political decisions (see the US wall on the Mexican border or Brexit for glaring examples) does carry a potential to threaten the progress of science. But they will not prevail. 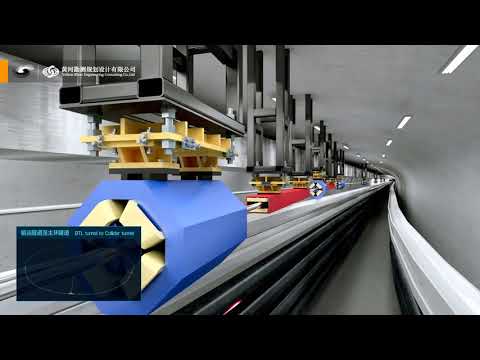 Fortunately, physicists are among the most rational thinkers I know of. And they are going to take principled decisions fulfilling all constraints - the availability and profile of future funding, the possibilities to join forces with other projects (see e.g. the figure above, from China's CepC design plan), and of course the true scientific merit of the various options on the table.

What is for sure, physicists know that the Large Hadron Collider has been a tremendous success, but it is not the end of the story. It left us to address several unsolved questions. We found a Higgs boson that amazingly follows to the book all predictions laid down by theorists fifty years ago. But a lot remains mysterious about that particle, and the Large Hadron Collider, CERN's wonderful accelerator, will only manage to shed some light on that mystery in the next 15 years of already planned operations.

A more detailed investigation of Higgs boson physics is therefore by itself a powerful drive for a full-fledged plan of investigations, driving everybody's attention to the construction of a Higgs boson factory, much like the discovery of the Z boson did when the Large Electron Positron collider (LEP) was planned in the eighties.

What is even more important, we know that Nature has a lot more in store for us. Whether new physics phenomena are waiting just around the corner, as Supersymmetry advocates have been arguing for decades now, or whether instead something else awaits to be found, maybe at energy scales that will remain unaccessible to Mankind for generations, it is not known - yet everybody agrees that the Standard Model of particle physics is incomplete. We have more work to do, and, as Dante Alighieri once put it in a way that has yet to be matched (Inferno, canto 26esimo):

A rough translation of this verse could be "Consider your origin: you were not born to live like beasts, but to follow virtue and knowledge".


So what is in store? Will a new large electron-positron collider be built? The price tag of such a machine is in the 6 billion euro ballpark, not counting the digging of a 50-100km tunnel. It is a large investment, but it would pay dividends, since the same tunnel would, later this century, allow the lodging of a much more powerful proton-proton collider. This tandem scheme is what brought us the LEP - LEP II- LHC generation of machines, and the wealth of understanding we now give for granted about the subnuclear world. Will we be able to repeat that feat?

Of course, there is much more than supercolliders in discussion. Funding to fundamental physics is limited, and a number of other good ideas besides a super-duper new collider are on the table, up for discussion. Not everything can get a green light. The process of constructing a consensus on issues which determine who, among the many designers of new experiments, has been working for 10 or 20 years on a project that will never see the light is painful but highly commendable, and should draw the respect of bystanders.

For in the end everybody among the experts participating to this collective brainstorming want the same thing: furthering our knowledge. Opinions on the way to get that differ, but what is certainly not on the table is personal gain, nor is the prestige of this or that single country. Personal success is of course good, but it is the icing on the cake for those I value as real scientists (okay, maybe this does not mean everybody, but they are the majority). Quite a far cry from the way the rest of the world works!