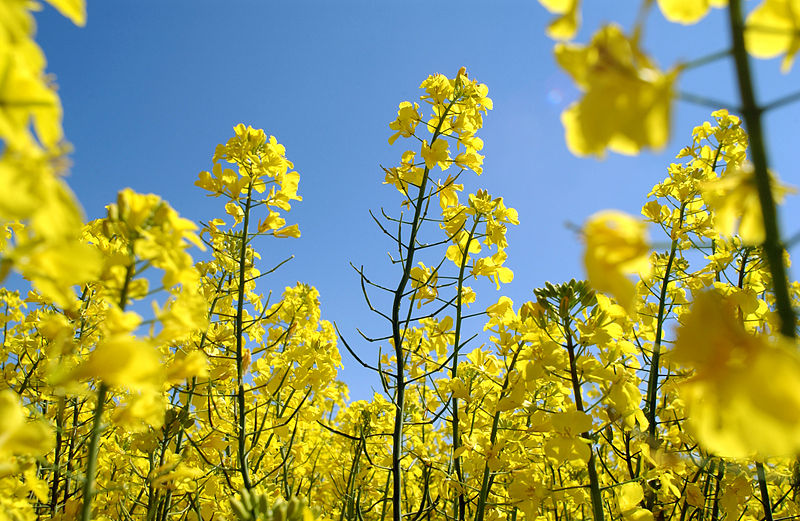 It has now been more than 20 years since the first genetically engineered crops (“GMOs”) were commercialized.  Yet controversy persists.

Farmers – both in the developed and developing world - have enthusiastically embraced these crops.  There have been zero documented health issues, and a great many documented environmental benefits, from the use of this technology.  There is a strong, global consensus in the scientific community that this technology is being used quite safely.

However, GMO opponents continue to vilify these crops and point to a small set of studies, which claim to have identified problems.  Why this disjoint with one side represented by many farmers and most scientists, and a few scientists and many activists on the other?

To explain what is going on here I’d like talk about an insightful statement I heard at a conference last fall in Saskatoon:

“Science is a verb.”

In an allusion to the John Mayer song, “Love Is A Verb,” Dr. Cami Ryan noted that as with the word “Love,” “Science” is a legitimate noun. But in both cases, it is the action, the process, and the effort – the verb - that really matters.

Science is a verb in the sense that it is a method (activity) involving the making of hypotheses, the design of experiments and the analysis of data.  But a critical part of the scientific process is the conversation phase after the experimentation is done.  Scientists share their findings with the broader community through publications or presentations at meetings.  What happens next is a back-and-forth discussion including a critique of methods or interpretation, and a comparison with previous findings.

If there are flaws in the experimental design or interpretation, other scientists will point that out.  To participate in the conversation, scientists need to be willing to hear and respond to feedback. If there are conflicting results, it may require additional hypothesis making and experimentation.  Only when the conversation runs its course do the conclusions become a part of accepted scientific understanding.

There are a dozen or so, much talked about studies, which appear to demonstrate health risks associated with GMO crops. They have notbeen accepted as a legitimate part of the body of scientific understanding. It is because the researchers who did that work never engaged in the conversation phase of science to respond to legitimate critiques about their work and to do what it would take to generate convincing data.  It seems that they had no interest in fully pursuing science as a verb.

It is not because they challenge a dogma, as some of their supporters would claim.

Marcel Kunz, of CNRS in France, has quite articulately described this phenomenon as “parallel science” – a system that claims the mantle of science but which has no intention of contributing to the “orthodox,” scientific conversation.  Examples of “GMO-related” parallel science have been used to generate enough scary “data” to draw the attention of a credulous press and to arm anti-GMO groups with the narrative they need to drive their agenda.

A now classic recent example is that from Gilles-Eric Seralini et al who published emotive images of rats with huge tumors that they claimed were caused by either glyphosate or maize engineered to be tolerant to glyphosate.  What the Seralini group didn’t show were the images of the “control” rats which also developed such tumors because that is what happens if you raise these unfortunate beasts for that long.

Since the original publication was in a scientific journal, the mainstream scientific community pointed out that control“oversight” along with many other flaws that negated the “findings” of the Seralini group.  But it seems that group never had any intention of engaging in the discussion or responding to the criticism.  Their target audience was not their scientific peers, but rather the press and the activist community.  They arranged a press conference even prior to the publication of their paper and actually made journalists sign confidentiality agreements so that it could come out with full impact prior to any feedback from the scientific community.

Those with an anti-GMO agenda seized upon the emotive power of the tumorous rat images, and used them to support their fear-based campaign.  That effort was widely aided by uncritical elements of the press.

The attempts by other scientists to engage the conversation phase were written-off as part of a grand conspiracy.  The work of Seralini et al did nothing to shift the scientific consensus on “GMO safety,” not because what they said was controversial, but because they were not making any contribution to the body of knowledge because they were not treating science as a verb.

I would like to contrast this and other examples of “Parallel Science” with the rather extraordinary, very much verb-form of scientific conversation that has been going on about “GMO safety” for the past 40 years.  It began in 1975 with the voluntary Asilomar Conference that was convened by the earliest pioneers of genetic engineering research.

Because they knew they were moving into uncharted territory about the nature of genes and how they worked, they self-imposed rather restrictive rules for their laboratory work.  Only as the understanding of molecular genetics expanded were those rules relaxed.

A similar conversation example occurred in 1988.  An International Conference "Risk Assessment in Agricultural Biotechnology” was held on the campus of the University of California, Davis.

This was one of many, fully public and fully voluntary discussions of the specific safety issues for what would later be called “GMO crops.”

What was extraordinary about this and other conversations was that it was not just an exchange of information and a mechanism to sort out conflicting information or perspectives.  It was part of a voluntary,  multi-agency, regulatory review process, which had already been put in place even though it would still be several more years until any biotech crops were commercialized.  The conversation has continued with the publication of hundreds of safety studies - a great many of which are independently funded. (See the GENERA database)

This is not the normal path for the development of technology regulation.  Usually there is some unintended and unanticipated problem that arises with a new technology, and a regulatory regime needs to be created to address it.  In the case of “GMO crops,” the regulatory process was set up in advance, and is likely part of the reason for the safe track record as this technology has been deployed on hundreds of millions of hectares around the world over the last 20 years.   This has been, and continues to be an excellent example of "science as a verb."

As scientists, we sometimes misrepresent our craft by saying things like “the science says,” or “the science is settled.” In so doing we are treating science like a noun.  We do that out of frustration with a phenomenon like parallel science and the unnecessary fear and superstition that it has engendered about “GMOs.”

When that happens we should hum the melody from Mayer’s classic song and think the lyric, “science ain't a thing, science is a verb."