Almost three years have passed since the US patent for a Domestic Animal Telephone was issued. The patent describes :

“A phone for pets and pet owners is taught [sic?] which allows the owner to call the house and ‘talk’ to the pet”.

But then, in Feb. 2011 a new patent was issued (also entitled 'Domestic Animal Telephone') to the same inventors – at first glance strikingly similar to the original :

“A phone for pets and pet owners is taught [sic?] which allows the owner to call the house and ‘talk’ to the pet”. 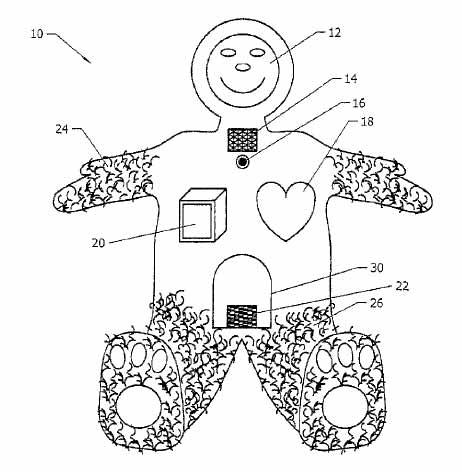 – but on closer inspection revealing an important new feature which might radically improve the prospects for remote pet-based communications :

“In some embodiments, the pet can initiate the phone call.”

*Note: Although the patent documents suggest that the invention is primarily intended for use by dogs and cats, it is noted that it may also be applicable for use by other “mammalian pets”.

BONUS: The patent assignees, who are known as the Kroll Family Trust, hold a number of other recent US patents – including, but not limited to : The Self Defense Cellular Telephone (with high voltage shocks), and the Wind and Insect Resistant Picnic System (sticky plates)