Catarina Amorim
One of the biggest challenges of transplants is the need to suppress the immune response - so the new organ is not rejected - while keeping it strong enough to be able to fight all kinds of disease. As the high numbers of rejected organs show, this is a tricky balance. But a discovery by Maria Monteiro and Luis Graça, two Portuguese scientists, could help solving the problem, at least in the liver. They have found a new type of white blood cell – baptised NKTreg (reg from regulatory) – that, remarkably, once activated, migrate into this organ where it suppress any immune response in its vicinity (but not elsewhere). The implications of the discovery are not limited to liver transplant as, once these cells create an “immune tolerant organ”, we can graft any type of tissue or express any gene that the body might need into it, knowing that it would be safe from the IS.  The potential of NTreg cells is such, that a patent by Monteiro and Graça for the production and therapeutic use of these cells in humans has already been accepted.

Controlling an unwanted immune response, whether to stop organ rejection after a transplant or for the treatment of autoimmune diseases – in which an abnormal IS attacks the own body- can be tricky. At the moment there are two types of approaches: general immunosuppression or, alternatively, deletion of entire “arms” of the IS. Both methods require a difficult equilibrium between stopping the damaging immune response and keeping patients’ immuno-competent, and both carry potentially serious side effects. Most recent therapies fall in the second approach, working by deleting a particular type of cell or protein (an “arm” of the IS) at the core of the immune response we want to stop. While these deletions can be extraordinarily effective – thousands of lives have already been rescued from pain and disability– unfortunately, they do not seem to work for long, probably because the IS adapts and brings other cells and proteins to do the job of the lost “arm”. While this is not a problem for pharmaceutical companies that can go on developing new and even more expensive drugs, to patients it means a life of constant uncertainty and many potential problems– will the next new drug be effective, will it stop working, will then be yet another drug ready, what about side effects? 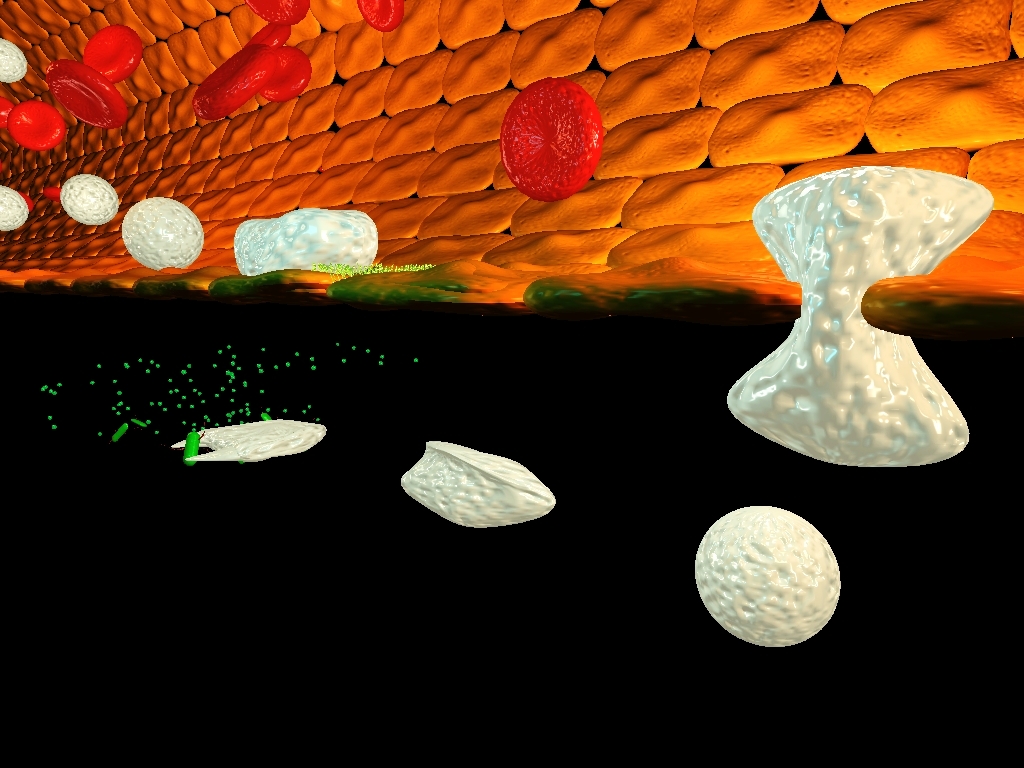 The truth is that this kind of approaches is a far cry from the personalised, or at least very specific, 21st century medicine that society aims, and new and better treatments need to be found.

It is in this context that a family of white blood cells called regulatory T cells has been hailed as “next big thing”. Shown to suppress immune responses and part of the body’s mechanisms to stop undesired immune responses, these cells could be key to more specific treatments while are also less prone to be “overridden” by the body control mechanisms. And in fact, human trials, using them in transplants, are already under way, but much about them still needs to be understood. Meanwhile another family of white blood cells - called NKT cells - has also came to the attention of scientists when shown to protect mice from several autoimmune diseases, including diabetes and autoimmune encephalomyelitis (EAE) - the animal equivalent of multiple sclerosis

To try to understand better the potential of NKT cells Marta Monteiro, Luis Graça and colleagues at the Instituto de Medicina Molecular, University of Lisbon and the Instituto Gulbenkian de Ciência in Oeiras, Portugal they studied mice protected from EAE by NKT cells injection (like shown by other groups). In them they looked into the lymph nodes draining the brain – the logic being that, since EAE affects the brain, any protective cells should be found in the lymph nodes closer to this organ. To their surprise they discovered a new population of NKT cells that expressed the molecule Foxp3. Until now Foxp3 was thought to only exist in regulatory T cell where is believed to be behind the immunosuppressive capabilities of these cells. When these new NKT cells were further analysed they showed to be a mix of NKT and regulatory T cells – while conserving the characteristics of the first they also had many receptors of the latter and, like them, when activated in the presence of a molecule called TGFbeta they express Foxp3 expression and show immunosuppressive abilities. As result, Monteiro and Graça named these new discovered white blood cells NKTreg cells.

But how do these cells act when in the body? To answer this question, after activating NKT cells to become NKTreg (so Foxp3 positive) and tag them with a fluorescent marker so they could be easily traced, Monteiro and Graça injected the (suppressive) cells back into mice. Remarkably these cells homed straight to the liver – in contrast with regulatory T cells that go to all lymphoid organs; spleen, lymph nodes, etc - suggesting that in normal conditions NKTreg cells could perform some important immunosuppressive role in this organ.

The implications of this discovery are important and many. In liver transplants although success rate has increased substantially the odds that the organ will survive up to 15 years remain around 58%, with as many as 10-15% of patients experiencing organ rejection before the end of the first year. Not only that, but current immunosuppression therapies are costly and affect patients’ life expectancy by putting them at higher risk of cancer and mortal infections. NKTreg cells – if proved to function in humans, and Monteiro has already shown that we, at least, have them - might be the answer to these problems.

As Luis Graça explains “the liver is already the transplanted organ with higher chances of success due to its unique characteristics, by using these new cells we might be able to achieve an almost 100% organ acceptance and this without touching the remaining IS, what is remarkable. Patients might be able to survive with only a minimum dose of other immunsuppressors”.

But there are other major implications to be able to create a “bubble of tolerance” within the body. Many diseases caused by the absence of a molecule or metabolic tissue are being treated with therapies that insert replacements into the body. The problem is that the IS soon or later detects these new “parts” and destroys them. The liver is already a place where the immune system seems to be less vigilant - probably so it is not over-activated all the time by the food and microbial molecules that come through the digestive system – add NKTreg cells to this organ and it can became the perfect place to hide anything from the IS.

Already some diabetic patients – that lack insulin to metabolise sugars – already have insulin-producing grafts on their liver, while some gene therapies, for example for the production of clothing factors in haemophilia (a disease where patients’ blood does not coagulate) are already being expressed in this organ. NKTreg, if shown to work in humans, can radically improve the chances of success of these and other therapies. The potential of being able to create a contained area of immunosuppression within someone without touching the remaining immune responses elsewhere, is just immense.

But first we need to see if and how NKTreg cells work in humans, and that is exactly what Monteiro and Graça plan to do next.