Patrick Lockerby
Getting Steamed Up About Nostalgia

The term nostalgia describes a yearning for the past.


As a child, I would travel to school on a steam train.  I have always loved the power and the beauty of the steam engine.  The steam trains are mostly gone now, except for a few historic  lines run by and for enthusiasts.

One of my many hobbies is to examine satellite photographs and rediscover old railroad routes using the visual skills of the aerial archaeologist.  When the 19th and early 20th century engineers called their routes 'permanent way' they certainly knew what they were talking about.

A well-engineered permanent way makes use of - amongst many things - the sciences of geology and meteorology.  Ballast is laid in such a way as to inhibit the natural growth of anything much bigger than grasses and to ensure as far as possible that rain doesn't weaken the load-bearing properties of the sub-stratum.  The permanent way is engineered to cope with prevailing local weather conditions as far as is humanly possible within the constraints of cost.

Even after the passage of fifty or a hundred years since the tracks were lifted, the differences in plant type, density and height across the width of an old track can continue to delineate the old permanent way.


The Sheppey Light Railway track was lifted between 1951 and 1952.  Sixty years on, its location can readily be found.  Mostly, due to various factors, the old permanent way is lined by shrubs and small trees.  Even where fields have been plowed the track has left traces, as in this satellite image.  The permanent way runs in an almost straight line between the colored dots.  The parallel lines mark the former drainage ditches either side of the single-track standard gauge railroad. 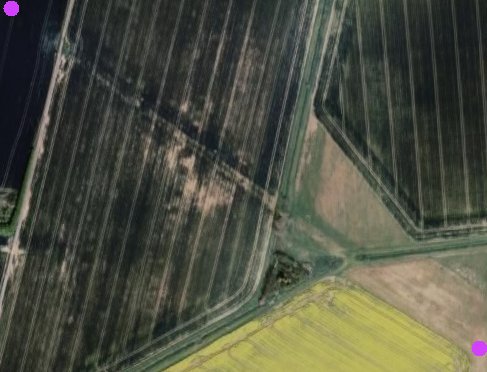 
Cropmarks can be used to find prehistoric sites, so it is fairly unsurprising that they can be used to find an industrial era permanent way.  What is somewhat surprising is that near Faversham in Kent can be found marks left in marshy ground by an all-wood tramway that was abandoned nearly a hundred years ago.

There was a railway which brought workers from Faversham to the various explosives works in the coastal region.  Now, it is not considered advisable to allow a coal-fired engine into an explosives factory.  Something to do with risk factors, you may think.  The workers would transfer from the train at the terminus to horse-drawn trams.  The tram tracks were made entirely of wood and the horses were shod with brass hooves. 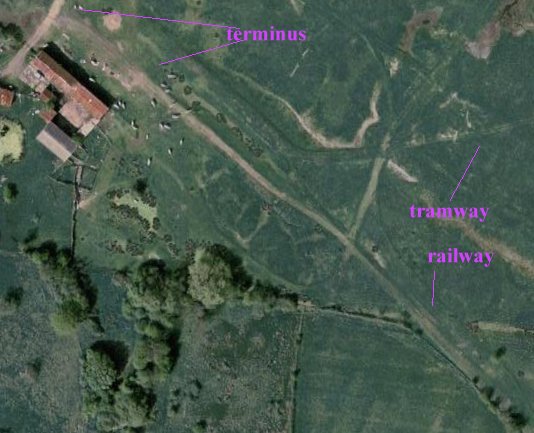 There doesn't seem to be much nostalgia, much yearning for the old days, when it comes to sweaty dynamite and explosives factories.  Quite apart from that, I guess it's easier to get permits to run a historic steam railway than to run a historic nitroglycerin still.


If it's all the same to you, my readers, I'll take my nostalgia in good old steam railway style.


There is a style of music that fits well with my love of steam and my nostalgia for days gone.

I hope you may agree.