Evolution proceeds by producing variants of a life-form which may, or may not, thrive in their current environment.  An interesting question arises: "In an alternate history of Earth, could horses have evolved feathers?" 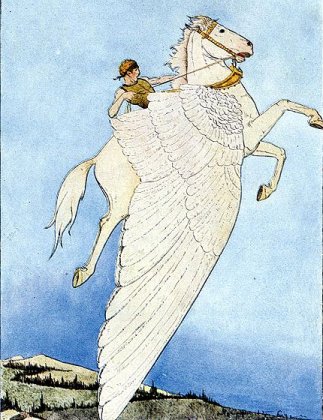 
It is entirely probable that the phrase 'horse feathers', meaning 'nonsense', originated with the Pegasus myth.  Legend has it that when Pegasus was made into a constellation, a single feather floated down to Earth near the city of Tarsus.  Well, you can tell that story to the marines!


The versatility of keratin

Keratin is amongst the toughest biochemical substances.  Fur and feather, hair, horn and hoof, scales and shells, nails, wool and beaks, all can be made of keratin.  Strictly speaking, many of these structures are only tipped or covered with keratin. 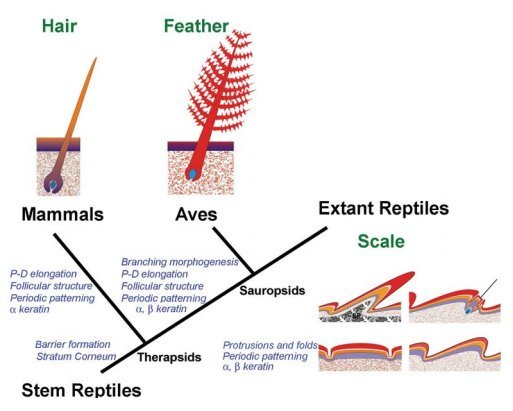 Fish scales are formed in the mesoderm from bone, covered in a dentine-like substance called cosmine, and finally surfaced with keratin.  Oddly enough, human skin bears more than a passing resemblance to fish scales.  The outer layer of our skin, the stratum corneum, is composed of dead cells containing keratin.  Nails and hooves are formed in the keratogenous membrane or matrix.  This is an extension of a layer of cells under the epidermis in humans.  Hair, fur, wool and feathers all grow from follicles.  A follicle is a somewhat tubular structure made mostly of dermal tissues. 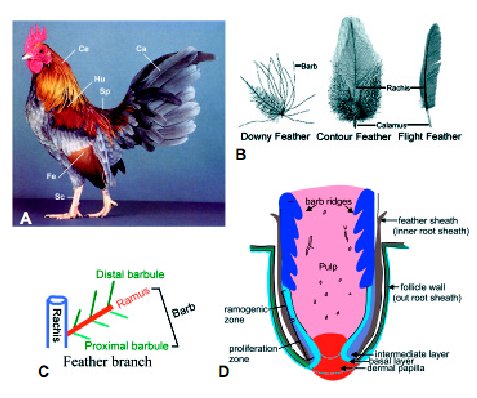 Of course, just having feathers doesn't allow an animal to fly.  Now, I am not going off into the realms of pure fantasy to discuss four-legged horses with wings.  However, evolution has produced some very strange creatures, so let us just accept the possibility that evolutionary paths could, conceivably, lead to horses with feathers.  After all, fur or feather - it's just keratin.

the developmental biology of feather follicles
http://reference.kfupm.edu.sa/content/b/i/the_biology_of_feather_follicl...
The Chatter Box
More Articles All Articles
About