Neanderthals Were Dumb, Camels Store Water In Their Humps, and 15 Other Science Facts No Longer True
By Hank Campbell | December 6th 2019 02:30 AM | Print | E-mail

Tweet
Science changes over time, that is no secret. We used to think we understood black holes, and that wasn't really true, and unless we use Dark Matter as a vague black box like aether, 100 years from now what we believe today in that regard will likely be regarded as quaint.

Even on more terrestrial topics, as our understanding gets greater the facts change. We once weren't sure what set off the dinosaur extinction, now that is known, but there are still lots of mysteries. And Darwin's evolution led to an Upright Man understanding of homo sapiens, where Neanderthals had underdeveloped brains and Cro-Magnon was us, the next step, but now science has shown that evolution is a lot more random and fickle than that, just like it should be. 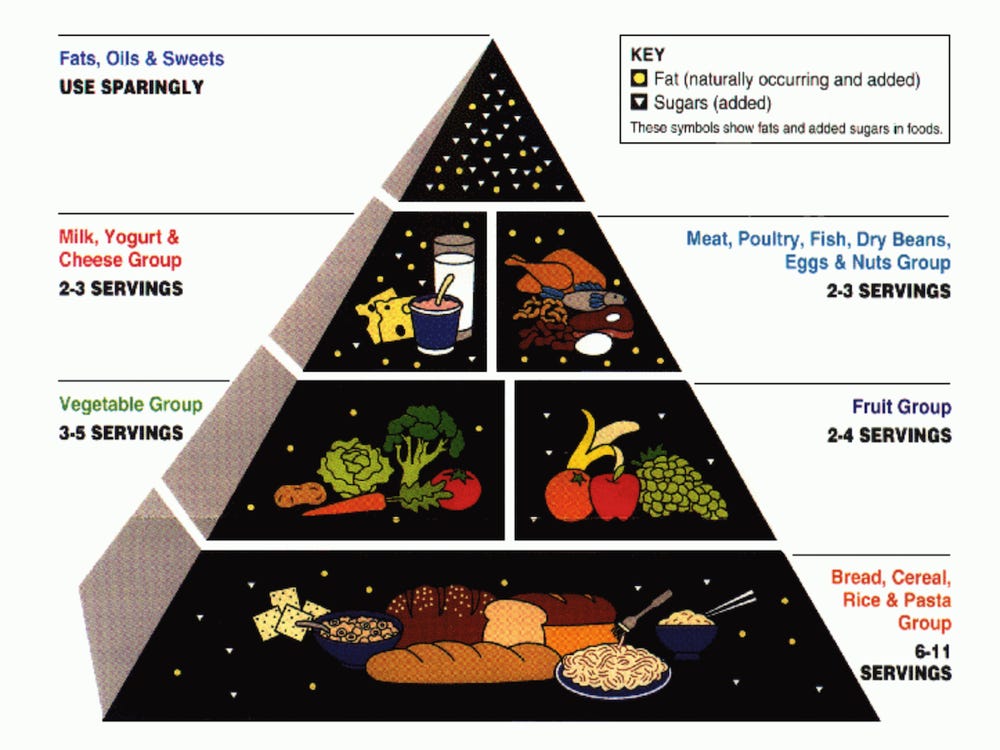 This USDA nutrition pyramid was not based on solid evidence. Neither is the current one. It's all made up, using shoddy epidemiology, the same method that said butter was killing us and trans fats would save us - until a majority of epidemiologists flipped. Add government abuse of population-level statistics to the U.S. National Institute of Environmental Health Sciences, IARC, and Ramazzini Institute, plus New York Times journalists, and it's a Christmas miracle that anyone accepts any science about food at all.

Eat a sensible diet, don't consistently eat more calories than you burn, exercise. You'll be much healthier without centralized activists running your life.

Business Insider has 15 other science facts that turned out to be, well, not wrong, but incorrect based on information available now. When the U.S. Civil War began, we had Gauss' Law and Faraday and Ampere, but by the end Maxwell had revolutionized electricity and set the stage for Einstein and the trillion dollar semiconductor industry. That doesn't mean people in 1860 were wrong, their knowledge was incomplete. So it's fun to read about old science facts, but we can never get too smug. Science is always on the march so what we are certain may be true today could be changed tomorrow.