Tweet
If you don't want to use a synthetic weedkiller to keep pests from sucking up all the nutrients around your food, and you are out of the organic certified yet inorganic compound CuSO4,, you can use a propane flamethrower to kill the weeds.

Propane, the stuff gas you get from petroleum refining. Certified organic. And that's just a weed-killing process. In the food itself, over 80 synthetic products can be used and still get a paid sticker from the many, many organizations that get paid to sell organic stickers. Once you leave produce and get to meat, there are even more. Regular old chicken manure can be used for organic crops and almond shells sprayed with conventional pesticides can be used as certified animal feed. Organic food has a few rules but a lot of exceptions.

The philosopher Vandana Shiva, Ph.D., a famed anti-science activist, is a master of rationalizing exceptions. She recently made the rounds in that most friendly of states for environmental cranks, California. She visited Stanford - strange, for one of the best science schools in the country - and she also visited U.C. Santa Cruz. It is unclear if she got her customary $40,000 for each talk (enjoy that student loan debt, students!) or if she gave them a discounted rate for two, but what is clear is that wouldn't last two minutes in a debate with an actual expert, like U.C. Davis Professor Alison Van Eenennaam, who attended the UC Santa Cruz talk and wrote about what she heard. (See here and here and here.) 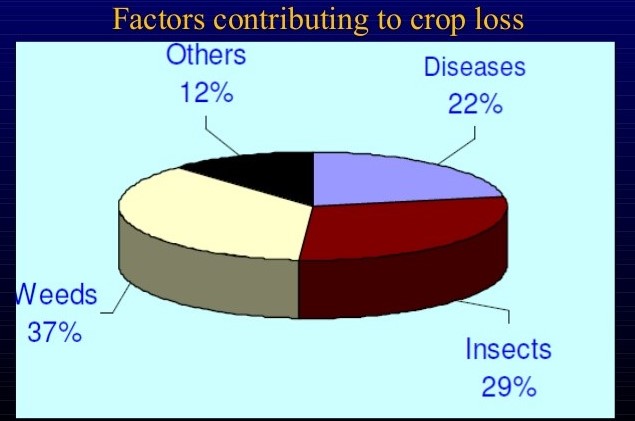 How to lose all your crops in just one season. Believe that magic will work instead of science.

Dr. Shiva said all the usual stuff she says, such as "soil not oil", which in three words covers two denials of science the people who want to pay her hold dear; that energy can be magic if we just have the political will to believe and that agriculture is harmed by science. Does she not know that "oil" is allowed under the organic process? Professor Van Eenennaam certainly does and, if you've ever met her, you have to wonder, knowing all that she knows and being forced to see and hear all of the things she's seen and heard over the last few decades, how she maintains such a positive outlook.

Instead of having a meltdown, like I would expect most scientists, or scientifically literate journalists (sorry, Danny Hakim/Eric Lipton/Sheila Kaplan, etc., not you) to have, Van Eenennaam simply notes the many errors and misstatements and offers corrections.

Like when Shiva said things that no one with a science background would buy, such as that citrus greening disease was not affecting organically-grown citrus plants because they had some special microbiome or whatever. There are some philosophers who understand science and then there are some who use it as a pincushion for their pet ideology. Shiva is in that latter group. She doesn't even know enough science to get it wrong, she just makes things up and because her audience wants to believe, they never ask any awkward questions of her.

But Prof. Van Eenennaam can correct all the things Shiva gets wrong, and she won't even charge college student groups $40,000 per talk. So give her articles a read.