Tweet
In the current climate, you can't lie about being a native American if you are an academic but you can get away with a lot. Yet even those options are dwindling. Professor Tyrone Hayes of Berkeley once engaged in threats and bullying of women and it was rationalized by his allies but such cock-fixated megalomaniac behavior would get calls for his dismissal now.

What about just outright lying and conspiracy theories? How long before academics who spout anti-vaccine nonsense related to COVID-19 get a level of accountability academics who spouted anti-vaccine nonsense for 25 years prior to that never had? What about conspiracy theories regarding food, where academics like Walter Willett and Stephanie Seneff rampage against science, including libel, with no concern at all from their schools?

Writing at Genetic Literacy Project in 2022, Professor Kevin Folta, no stranger to being targeted by anti-science activists, makes the arbitrary nature of academic freedom look even more capricious, by noting that famed crank Seneff runs amok through facts and reason about one aspect of biology without concern while University of Auckland scholar Dr. Siouxsie Wiles was told to keep quiet about another. 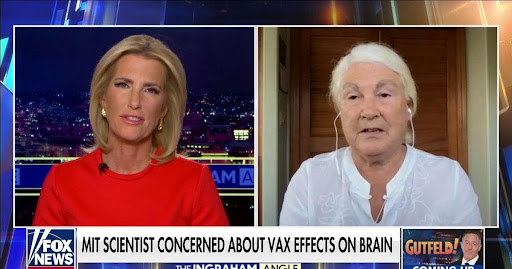 Maybe appearing on Fox will get her allies to turn on her. Probably not.

Hate GMOs? MIT says it's academic freedom. Defend vaccines? Get told to exit social media and go on forced paid leave. Until COVID-19, both anti-vaccine and anti-GMO beliefs were overwhelmingly held by the left - leave it to Republicans to play catch-up with Democrats in the dumbest way possible - so it is no surprise academic leaders are still sensitive about anyone defending vaccination the way they distrust food, because corporations exist.

MIT remains a puzzle for allowing Seneff to claim she is an “MIT Senior Research Scientist” bleating corporate conspiracy fables about agriculture and vaccines when she is only a programmer who works on 'communication' between humans and computers. She hasn't gotten the memo that the anti-science left who have routinely feted her has pivoted to being pro-vaccine, at least publicly.

She claimed that by 2025 half of all children will be autistic due to a weedkiller that acts on a biological pathway in plants that doesn't exist in humans. Why did MIT allow that under "academic freedom"?

We'll never know, but if current leadership there is so blinded to science they let her ramble, along with Fred vom Saal, Gilles-Éric Séralini, Bruce Blumberg, Anthony Samsel, Pete Myers, and more, I'd actually rather that students go to the University of Auckland and get a paid vacation if I stand up for reason.