Alex "Sandy" Antunes
I see a lot of talk on 'the future of science journalism'-- or science writing, or science funding, or science careers.  I'm guilty of contributing to it myself, but the 'future of' debates miss one point.  There isn't a single monolithic direction things are heading.  There isn't one solution.

In fact, there's not even 'one starting point' we're all moving from.

Historically, there have been multiple ways to make a living as a science writer or a science journalist.  You could be a paid researcher who writes on the side (thus stealing bread from the career writer's mouth), you could be a PIO handling stories for your group or agency,  You could be a staff journalist paid to find what's cool, you could be a freelancer always working the next pitch while doing the current assignment.

Now, with the difficulties newspapers are running into and the rise of social media, we find there are-- surprise-- multiple ways to make a living as a science writer or science journalist.  Some are different, some are the same.

A lot of the revenue streams have changed, true.  Some paths that were more lucrative are now not paying well, or at all.  other new paths have appeared, and some (like being a famous science blogger) are already pretty much locked up by the early adopters.

This has always been the case, however.  All work is local.

Say you live in a city and a publisher opens up.  If you're job hunting then or in the know, you get a job.  Everyone who didn't get the job kvetches that there are so few gigs there and they all went to the usual suspects.  Maybe they ask you to give advice on finding a job, and you do the local circuit and say things like 'go to lunch with editors a lot' and 'winning a Pulitzer helps', but everyone knows that really, they're just your personal history of 'right person, right place, right time.'

Meanwhile, if you have a job, you work your butt off doing good work.  Eventually, you either move on to a better job, find a new job, get fired, or the publisher runs out of cash.  The cycle repeats.

The internet makes 'local' a bit bigger-- but not much.  Bosses still prefer hiring people they know about, which means either people they met, or people their colleagues have met. Further, the writer with the big name will get more work than the fresh-out building a track record.  That sucks, but that's how all things go, it's just business.  In fact, it's the job of the business to hire the best person they can at the price they can afford, and in writing and media, name recognition is a commodity worth hiring.

In some ways, the internet has made it easier to be a paid writer because there is more media now than previously in history.  This doesn't mean there's more paid media, but there are more avenues creating content.  As always, the question is how to get the paying work.

What this means in practice is that discussing the big global trends, while enjoyable, isn't necessarily going to put bread on your plate.  instead, you have to figure out what works for you, in your region, with your skill set.  just because the field is changing doesn't mean the basic career rules are gone.

Earlier I said jobs go to the right person who is in the right place at the right time.  Right person means do good work, build your name, build an audience, build your skills-- same as with any writer in any generation.  Note your audience can be lots of people who read your stuff, or it can be a few select people-- editors and people who hire writers-- who track you.

The biggest change in 'new science media' is the audience bit.  Not who they are-- frankly, the people who enjoy reading science now are no different from the people who used to read science in the 50s, 60s, 70s, 80s, and 90s.  New science readers are born every day.

No, the difference with audience is, these days, there's a stronger expectation that the writer will bring the audience with them, rather than a publisher guaranteeing an audience for a writer's work.  But even that is just 1 rule, and there's a heck of a lot of publishers and media providers who will give you an audience.

Yes, not all audiences are equal.  You want large numbers, yes, but you also want demographics that are useful.  To give an extreme example, it's better to have 20 readers, of whom 10 are editors for major publications, than it is to have 10,000 readers that are all unemployed wombat farmers in Australia (unless you write about wombats, that is).

Right place and right time?  That's where networking comes in.  You need a network of colleagues that can you give leads on work, leads on stories, tips, and job recommendations.  You also need a network of sources who trust you and give you stories.  It helps to have a network of editors or people who do hiring, so you can find out about work. Some people's networks are going to be stronger than others.  Luck, location and who you know play a role.

Yes, the guy who is married to the PIO will probably learn about-- and get-- that gig first.  The girl who did the internship is more likely to get hired than the girl submitting a resume cold.  This is what networking is about, so rather than complain about who did get the job, you need to build your own network, in your own style, to get work for yourself.

So the guy who says you need to cultivate multiple revenue streams?  He's right.
So is the girl saying you need to find a sponsor or patron.
And the androgenous one saying you need to get a job as a gatekeeper instead of a content creator.
And the doc saying scientists need to communicate directly.
Also the pundit saying magazines are dead so give up writing for them.
And the writer who makes a living writing for magazines.

It's a little like the music biz-- you can try the american idol contest route, tour hard in hopes of being hired, work as a studio musicians for commercials, play the bandstand at six flags amusement park, busk in the Boston T, do the Catskills resort circuit, get a sideman for a vegas act, go indy and build a fan base, use kickstarter to fund albums, teach music to little kids... they all work.

They (like the multiple science channels) don't all provide the same income, but they also all have different odds.  Like any field, the stuff that pays the best will be hotly fought for and only go to the best or the lucky (or those with both).  But making a living?  Many ways. 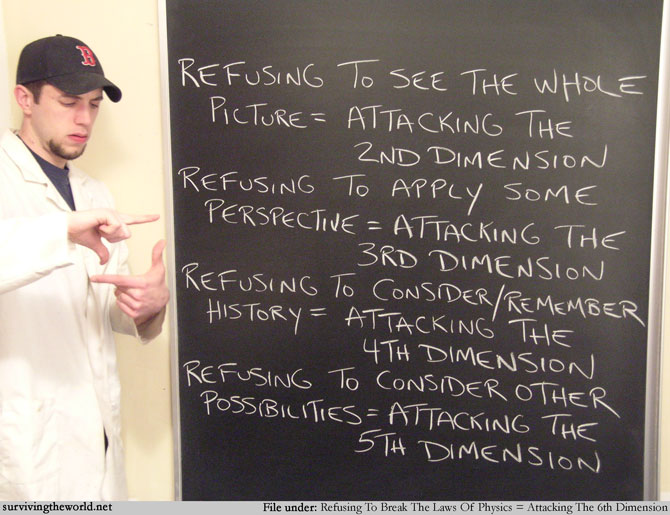