Johannes Koelman
In 1937, Dirac made the bold conjecture that since the big bang, gravity has been weakening. The cold reception that greeted his highly speculative and numerology-based cosmology paper didn't seem to hurt him much. This was a decade after Dirac discovered the quantum relativistic equation for the electron, and his mega-stardom status could take a few hits without getting eroded significantly. Still, during the rest of his productive life, Dirac stayed away from cosmology and shrinking gravity models.

Since Dirac's failed attempt, shrinking gravity models have lingered in the background. In the 1960's the Hoyle-Narlikar cosmological model briefly rekindled interest in variable gravity models, but also this model appeared fraught with issues.

Now, more than three quarters of a century after Dirac, we greet another attempt to describe our universe using an ever dropping gravitational constant. This time Christof Wetterich, a theoretical physics professor from Heidelberg, Germany is the guy swimming against the current. Wetterich does not tower nearly as high above the physics masses as Dirac, but amongst theoretical physics he is all but a dwarf. Wetterich is recipient of the Max Planck Award, and boasts an Einstein index of no less than 3,800. 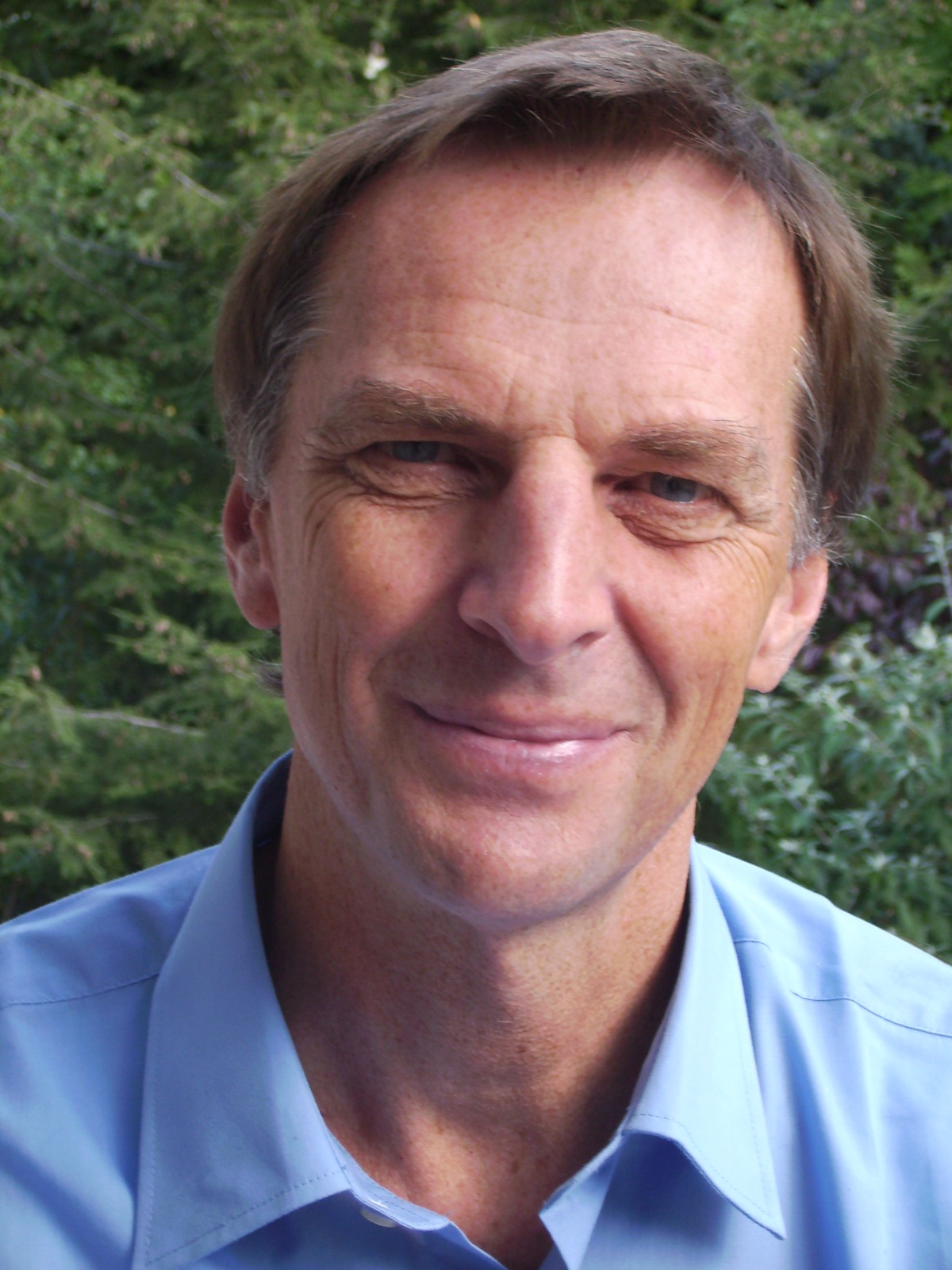 Is this well-respected physicist falling in the same trap as Dirac? Is he chasing an illusion incompatible with reality?

Wetterich's approach is in a way much more modest than Dirac's. In contrast to what you might have read in many of the recent popular science reports, at it's core, Wetterich's approach is not different from the standard cosmological model. All Wetterich asks us is to view the standard cosmological model from a different perspective.

"Only dimensionless ratios as the distance between galaxies divided by the atom radius are observable."

So although the hard truth remains that the size of the universe expressed in atomic sizes is increasing, one could maintain that atoms are shrinking while the universe itself remains constant in size. However, when taking this latter perspective, one has to ensure that all microscopic lengths shrink in harmony with atom sizes. This means that not only the Bohr radius describing atom sizes, but also the quantum wavelength of the electron and the electron radius need to shrink in proportion. All these lengths are given by the ratio of Planck's constant and the speed of light divided by the electron mass and some power of the dimensionless fine structure constant. Wetterich makes the observation that all you need to do to shrink every microscopic length scale is to increase the mass of the electron and of each elementary particle. This leaves the dimensionless fine structure constant and all dimensionless mass ratios untouched. Obviously, also the dimensionless ratios between the Planck mass (the square root of Planck constant times the speed of light divided by the gravitational constant) and elementary particle masses should be unaffected. This forces Wetterich into a Diracesque move: to increase all masses including the Planck mass, the gravitational constant needs to shrink.

If you do the math, it becomes quickly apparent that a decrease of the gravitational constant to 0.01 times its original value, is compatible with an increase of all masses by a factor of 10 and a reduction of all lengths and times by a factor of 0.1. Such a rescaling leaves our physics description at the most fundamental levels intact.

You can also rescale dynamically. A universe that Hubble-expands to 10 times its original diameter can be described as a universe static in size simply by shrinking all rulers by a factor of 10, and making all clocks run 10 times faster. You would not notice any difference with an expanding universe provided you make everything also 10 times heavier and scale back the gravitational constant by a factor of 100. In such a universe, when looking at distant galaxies and thereby looking back in time, you would observe atoms tick 10 times slower, thereby emitting light redshifted to 10 times longer wavelengths. Just like the Hubble redshift in a universe in which clocks don't speed up but a 10 times size expansion makes the photons reach you with a 10 times longer wavelength.

This 'relativity of scale' is by no means shocking news. Mention it to any physicist, and you would receive a shrug, accompanied by the question "so what?" Relativity of scale is a trivial observation equivalent to the remark that all of physics can be done utilizing solely dimensionless ratios. Key feature in Wetterich's approach, however, is not the concept of relativity of scale itself, but rather the claim that allowing rescaling in the description of the various expansion stages of the universe creates new insights.

Since the 1990's Wetterich has been playing with 'cosmon' models containing a Higgs-type scalar field that interacts with gravity. The energy-momentum of such a scalar field acts as dark energy that causes the Hubble expansion of the universe to accelerate.

In the present paper Wetterich again toys with a cosmon model. He considers a model in which the cosmon field strength couples to gravity thereby defining the Planck mass scale, and in which a simple harmonic oscillator potential for the cosmon field is included. The model results in the field strength increasing exponentially with time. The present value of this field strength can be associated with the Planck mass, while the present value of the harmonic potential term accounts for the dark energy density. Interestingly, at very early stages of the universe's evolution this same term causes an inflationary expansion.

When describing the evolution of the universe from a cosmon field perspective, depending on the stage of evolution, cosmological distances remain constant or even shrink. The Planck mass, however, keeps growing and the Planck length and Planck time both keep shrinking. As a result, the Planck density sharply increases.

This all seems in stark contrast with our mental picture of the big bang. However, Wetterich shows that when describing the cosmological evolution in terms of a scalar field obtained by rescaling the cosmon field via a logarithmic transform, the common picture of the evolution of the universe emerges: the Planck scale and all particle masses remain fixed, the universe expands, and a Big Bang singularity pops up.

"Our model should be interpreted as a new complementary picture of cosmology, not as opposing the more standard picture of an expanding universe. The different pictures are equivalent, describing the same physics. This can be seen by a redefinition of the metric, which leads to the “Einstein frame” with constant Planck mass and particle masses and an expanding universe. In the Einstein frame the big bang has a singularity, however. The possibility of different choices of fields describing the same reality may be called “field relativity”, in analogy to general relativity for the choice of different coordinate systems. Field relativity underlies the finding that strikingly different pictures, as an expanding or a shrinking universe, can describe the same reality." 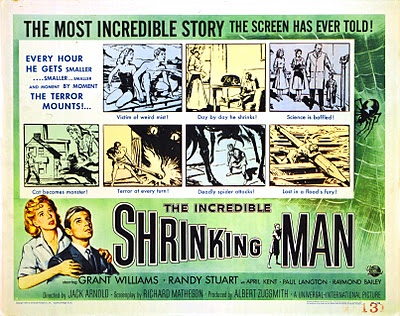 So is the universe expanding or are we shrinking?

The correct answer is "whatever you prefer". Physicists like such freedom of choice as it gives them the opportunity to simplify their models by changing perspective whenever convenient. The key question then is: "will Wetterich's perspective allow us to simplify our cosmological models?" So far, cosmologists have worked with models in which gravity remains constant, simply because allowing for a dynamic gravitational constant was assumed to represent a burden without any clear advantage. Wetterich now has challenged this assumption. Time will tell how useful varying gravity models will be.
The hammock physicist
More Articles All Articles
About