Hank Campbell
The most disgusting thing about cigarette smoking for most isn't the smoke, nor is it the prospect of toxic carcinogens causing cancer in smokers the rest of us will end up subsidizing, it is that smokers often throw their garbage on the ground afterward and expect someone else to pick it up.(1)

A recent estimate is that around 4.5 trillion cigarette butts get discarded annually, a terrific amount of plastic pollution but if it were going right into garbage and therefore landfills, that would be a manageable issue. But academics at Cambridge did admittedly uncontrolled samples and noted some areas had 128 discarded cigarette butts in a tiny area - likely whatever small section smokers have been ghetto-ized into by politicians who believe humiliation will cure addiction.

Those butts aren't just gross to see, they hurt plant growth, a new study found. The authors concluded cigarette butts in soil reduced shoot length of clover plant stems and germination success by over 25 percent, while root weight declined 57 percent. Even ryegrass had lower germination success, though that was too small to be within a credible margin of error. Since the effect was found with smoked and unsmoked cigarettes, it wasn't particulate matter from the burnt tobacco, the filter was the common denominator. 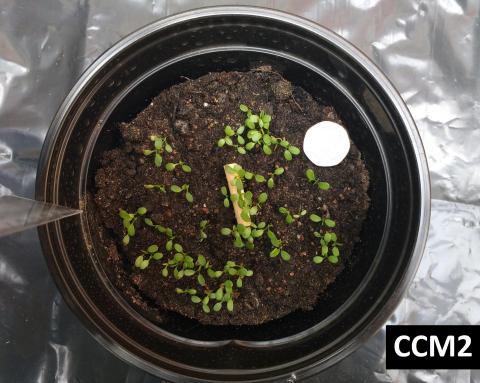 Why do smokers still throw these out? Are there no garbage cans nearby? It's 2019, do smokers seriously believe a cigarette butt biodegrades? The authors suggest they do, and maybe that is what smokers say on surveys, but trusting services is like trusting smoke. There may be no point in berating smokers, they are already social pariahs even in open air parks, but everyone says they are against litter, so it may be better to give them dirty looks for what they are doing to the environment rather than what they are doing to themselves.

(1) Before the 1920s, when machine manufacturing reached a peak and smoking really took off as a fad, the relative few who smoked used cigars or cigarillos. Since they were just plants it was harmless to throw them on the ground. Once cigarettes came along, with tobacco wrapped in paper and then containing a filter made of plastic and rayon, throwing them on the ground continued. At a time when no one still throws a hamburger wrapper on the ground, smokers continue to toss their butts into the environment.
Science 2.0
More Articles All Articles
About