Hank Campbell
COVID-19 is certainly worse than the SARS and MERS pandemics that occurred a few years prior, and the reasons why SARS-CoV-2 is worse than those others is open for debate, but one thing is not; pandemics, even extreme ones, are not as rare as many believe.

The big difference between pandemics now and those of prior generations is the prevalence of real-time media and worldwide connections never available before. We have no real way to know how many people the Asian Flu of the 1950s killed because there was even less transparency in China then than there is now. Likewise, the Spanish Flu may have killed far more than we know, just as we don't know how many died in a country like Brazil or China.

An extreme pandemic like COVID-19 is a roll of the dice every year. A new study finds that even with a limited dataset of the last 400 years, we risked a 2 percent chance each year of experiencing devastation like COVID-19 has caused. So when 2019 came around, if you were born in 2000 you had already rolled those dice enough times that you a rule of thumb would be that you have already had a 32 percent chance of experiencing one.(1) The risk was likely much higher the farther back in time you look. 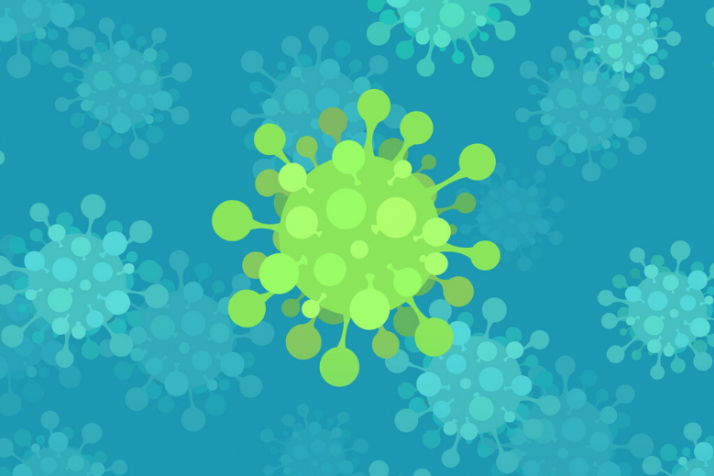 Yes, COVID-19 is unique, just like every pandemic that has a 2% chance of hitting each year.

"The most important takeaway is that large pandemics like COVID-19 and the Spanish flu are relatively likely,” says co-author William Pan, associate professor of global environmental health at Duke University.

There are a lot of ways nature wants to kill us.(2) In 2017 I co-wrote a book called The Next Plague and How Science Will Stop It because it is never a matter of if, it is a matter of when. Media companies need to sell advertising, so they hire writers with a flair for hyperbole and give them the title of journalist, so every year we get a Hundred Year Flood or a Storm Of The Century, and if they are in Manhattan and can't get a Hurricane, they will still call it a SuperStorm.

The analysis in the paper found that even though the rate of occurrence of epidemics varies they can still create a probability distribution - that is why you can sometimes find more people in a given location and there is no explanation (lawyers out to sue will, however, invent one with 100 percent certainty) and that even a historical event like the Spanish Flu is basically certain to occur. If the upper end of their probability is accurate, another Spanish Flu-type event was 87 percent likely to hit within 100 years - 2019 was the 100th anniversary of the apex of that pandemic.

But if the lower end is accurate, we have up to 400 years. Which means the worst could still happen in our lifetimes.

Zika, dengue, plagues, coronavirus, and then on top of it we get claims that climate change or GMOs being the cause of our imminent demise. Nature hates you, and if nature is being helped out by incompetent or reckless people in labs with no accountability, the odds are even worse.

(2) Maybe the greatest trick the Devil ever played was convincing earnest ecologists that Eugene Odum was right and a 'balance of nature' existed at all. It never did, and that mysticism has been debunked for over a century, but an irrational number of people still invoke it.
Science 2.0
More Articles All Articles
About