Hank Campbell
Just over a year ago I testified before a Food and Drug Administration advisory panel in support of the iQOS device, a smoking replacement tool that heats tobacco but doesn't ignite it.

I was completely aware of the optics of a guy running a science and health nonprofit asking the FDA to approve a product made by Philip Morris International, a longtime cigarette company, but it made complete sense for multiple reasons: I had seen the data they provided to FDA and the migration off cigarettes in Japan was 70 percent, far beyond e-cigarette nicotine vapor tools like Juul, and certainly well ahead of the Big Pharma products that are embraced by weird cults in academia. And it's smoke that harms people, not nicotine.

Philip Morris International was also doing exactly what I had said for 12 years they should do; get out of the cigarette business. They had already done that in the U.S., they do not sell cigarettes in America, so I felt good siding with the science. And I was confident FDA would agree, though judging by the public comments, and the general stance of the panel, most thought they would not be approved.(1) 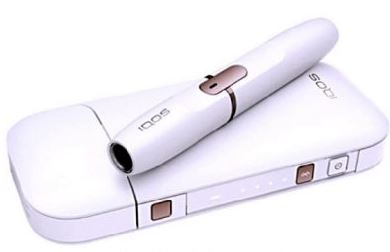 Not to fear, FDA has given it the go ahead.

As I have stated many times, I don't think impressionable young people should be exposed to Red Bull, e-cigarettes,(2) the teachers in the New York University Arthur L. Carter Journalism Institute, Swiss Public Eye, or Moms Across America, lest they get all the wrong ideas about science and health, and FDA agreed with what I said in meetings regarding that as well.(2)

Smoking is about $900 billion, there is plenty of market share to be had without getting kids involved.

(1) The vote was  8-1 that iQOS "significantly reduces your body's exposure to harmful or potentially harmful chemicals" but weirdly 0-8-1 that such reduced exposure would mean a reduction in the risk for tobacco-related diseases. That it would "translate to a measurable and substantial reduction in morbidity and/or mortality" was 2-5-1 while "switching completely to iQOS presents less risk of harm than continuing to smoke cigarettes" lost 4-5. You can see why anti-smoking advocates were skeptical this would pass.

(2) I did say in the past that teen smokers should be able to get a prescription for smoking cessation tools but as we have seen in California when anti-vax people on the coast were denied philosophical exemptions for their special snowflakes and got medical exemptions, doctors are no more ethical than anyone else if regulations run against their personal belief system.
Science 2.0
More Articles All Articles
About