Invisible Air Pollution Can't Cause Obesity, But Epidemiologists Will Link It Anyway
By Hank Campbell | October 17th 2022 09:58 AM | Print | E-mail

Hank Campbell
The United States has some of the cleanest air in the world, at least when it comes to actual dangerous smog, PM10 - particulate matter 10 microns in size. It is a clear killer, at one point leading to the deaths of over 10,000 in London during a weather anomaly that caused it to stay low.

By the 1990s, PM10 had been drastically reduced in developed countries and air activists began to 'define pollution down.' If they want air quality maps to be red or orange they knew the solution was to target smaller particles, so they settled on PM2.5. At 25 percent the size of the known killer, there is four times as much of it. Virtually no place could always be green, so over 40 states in America with better quality than the remote forests of Siberia could still have clueless meteorologists splashing up air warning graphics. 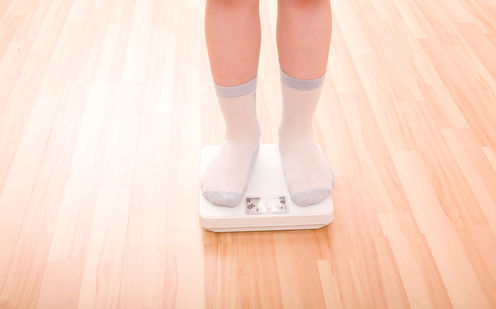 It was always junk science, but because it is government-mandated science, lots of papers have followed hoping to 'show' the impact, the same way lots of papers jumped on the resveratrol and cold fusion bandwagons once those got media attention.(1)

A new paper is not scientifically valid for four reasons: It uses a sample size that is so narrow it could be statistical noise; there is no scientific explanation for how the link they create could be real; the pollution estimates were guessed. Finally, the weight gain they linked was so minor it could be ordinary variation.

The data middle-aged 1,654 women from the Study of Women's Health Across the Nation during the years 2000 to 2008. The authors uses a black box hybrid model to estimate PM2.5 and then laid that over the population, found a 4.5% increase in body fat among women in the "higher pollution" areas and sounded the alarm. Their only control on that was self-reported claims of physical activity.

It fails to be compelling on a lot of levels. When the biggest upside is that they only ciaim weight gain, that is a real weakness in overall pollution claims. As is known by the community not in the business of scaremongering, no actual harm has ever been shown from PM2.5 like it has PM10. Yet since PM2.5 is ubiquitous even in nature, it is an easy target to correlate to almost anything. And epidemiologists have done that, linking invisible pollution - the particles are so small we need an electron microscope to measure them - to income levels, autism, sleep quality,you name it. It's such bad science it was even used to claim that driving an 18-wheel tractor-trailer was better for the the planet than grilling a hamburger.(2)

What plausible biological mechanism can explain how invisible air pollution will make you fat? There is none, but the beauty of epidemiology is that no science is needed. Find an input, find an output, and if you can show the hopelessly flawed statistical significance, rush to publication and demand government action.

(1) And when challenged, they will chide you about asthmatics. Asthmatics are at risk for lots of differences in air, just like they are at risk from the perfume counter at Macy's. My father was a chronic asthmatic from the time I was born, he lived in the country before PM2.5 came into existence as a concern - it didn't prevent asthma attacks.

(2) Air pollution is so rife with junk a group even linked the election of President Trump to 10,000 extra air pollution deaths.
Science 2.0
More Articles All Articles
About