Misinformation And Disinformation Are Diseases And Both Social Media And Journalism Are Vectors
By Hank Campbell | February 17th 2020 10:57 AM | Print | E-mail

Hank Campbell
A recent paper finds that vaccine disinformation is common on social media while a few years ago I had employees watch food documentaries on Netflix and write about their impression and the results in both cases are startling for people who don't realize the extent of the problem.

Those with conspiracy theories about the modern world can now gain a worldwide audience, using social media and free markets.

Let's assume Netflix executives are smart people and know their audience.  When we looked at Netflix we found they had no interest in documentaries about food unless it had scary images of so-called "factory" farms and kids in haz-mat suits.

One look at Amazon Prime can tell you they're happy to sell you vaccine disinformation for the same reason Netflix has so many anti-farming programs - it sells to their tribe. On social media, Facebook and Twitter also have science denial groups that are very successful, but they use a different argument; they claim that mainstream media won't cover their issue because of Big Conspiracy. 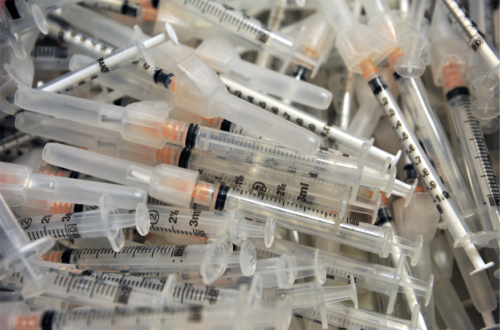 They're right, Deep State conspiracies and Alien invasions won't get mainstream media attention but other forms of science denial, such as alternatives to medicine, epidemiological correlation scares about energy, and concerns about conventional agriculture have a home in the New York Times and elsewhere.

Dan Gillmor, co-founder of the News Co/Lab at Arizona State University, said at the AAAS meeting this weekend that journalists had a special role in preventing disinformation, but he may not realize how journalism is part of the problem. Overt denial is one problem but what feeds distrust among the casual public is casual promoting of woo.

Journalists love to criticize social media for not being journalism but who will promote astrology and acupuncture? The New York Times is one key attack surface for promotion of doubt about real science. Who will criticize New York Times? Few in career journalism. If you are at Boston Globe, you risk your livelihood criticizing New York Times coverage, at least if you want to advance in your career. Trust in journalism has plummeted and jobs with it, so the big media that remain have become more important. New York Times now accounts for 10 percent of all journalism employees. They have a black list and you don't want to be on it.

If you get hired for science and health journalism there, it will be applauded on social media by groups like Center for Science in the Public Interest, Natural Resources Defense Council, and Environmental Working Group. You are likely already part of their tribe. Your editors are friends with those groups, they shop at the same food co-ops as employees of those groups, you are certain to have routinely quoted them as alternatives to scientists in articles on science issues. Or you wouldn't have gotten the job.

The same social media activists that claim coffee causes cancer, that sugar is more addictive than heroin, and that neonicotinoids are killing bees, gush about corporate science conspiracies. And corporate journalism is right there with them.  A new survey finds that poor people are more likely to believe their water is unsafe. They have become convinced that the same pipes that bring water to rich people are harming them. That's due to media hype about water and journalists wanting to compete for Pulitzer prizes by promoting the next Erin Brockovich and leaving journalism in the drawer. It's often more about 'making a difference.'

Social media is a problem, sure, but journalists who don't hold their own field accountable for advocacy deserve blame as well.
Science 2.0
More Articles All Articles
About