Hank Campbell
The standing desk fad, and disastrous future outcomes for those who followed it, happened because epidemiologists correlated sitting and 'higher risk' of death. Obviously there is a 100 percent chance of dying but correlation looks for rows of behaviors, like eating cilantro or skydiving, and disease outcomes. Find enough correlation and you can declare statistical significance. Unfortunately, you can even do that with coin flips to show coins are prejudiced against landing on heads. Or tails.

It is why meat and coffee are linked to both causing and preventing cancer. It is certainly why such epidemiology claims should be placed in the exploratory pile, removed from science in both journalism and public acceptance until they become validated.

Some evidence becomes too strong to be false flags. Smoking kills, alcohol kills, obesity kills, there is no doubt. Most outcomes are a mix of lifestyles, genes, and plain bad luck. How much is nature? A new study sought to find out, and looked at what little we really know of 'genetic predisposition' for longevity and physical activity. 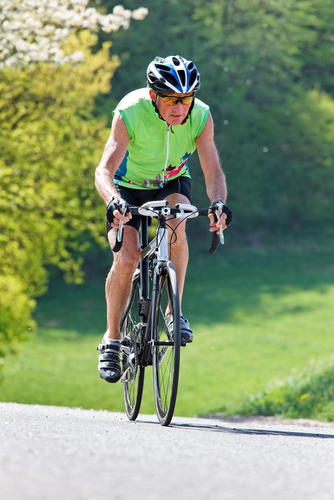 The data were taken from  the Women’s Health Initiative Objective Physical Activity and Cardiovascular Health study from 2014, 5,446 US women aged 63 and older, through 2020. For up to 7 days, participants wore a device that measured how much time they spent moving and how intense the activity was.

Nothing can be done about bad luck, we're all a roll of the dice away from having a switch for cancer go off, but exercise and avoiding cigarettes are common-sense ways to limit risk. Don't count on your parents being well aged.
Science 2.0
More Articles All Articles
About