Hank Campbell
Environmental Working Group recently rolled out its annual Dirty Dozen list of foods that ... wait, did they?

This year, no one seems to know or care if a group of lawyers paid an intern to go through USDA pesticide data and did simple arithmetic to declare how 'toxic' fruit was unless the pesticides on it were made by their clients.

Instead of being paralyzed by irrational fear, the way organic industry groups make money, people are paralyzed by something real; SARS-CoV-2, the 2019 coronavirus that set off a microbiological bomb in Wuhan, China and causes the COVID-19 disease that has spread across the world. Go to a store right now and lots of Seventh Generation brand "alternatives" can be found on shelves but good luck finding Purell, Clorox, and Lysol. It turns out when people are actually at risk the public wants things that work, not that have a "natural" halo.

And public demand for science solutions is good news for companies that make products previously stymied by FDA because, basically, there was not yet a pandemic and shortage of PPE equipment that companies were making products to try and prevent.

Meanwhile, alternatives to useful products made for people who believe that Jessica Alba and Gwyneth Paltrow know know anything except marketing ruined public trust in science. Yet that has changed. Now, millions are thrilled (and journalists are oddly amazed) to learn that H2O2, hydrogen peroxide, can sterilize things. It can even clean N95 masks and make them reusable. Chemists, biologists, and toxicologists knew this since French chemist Louis Jacques Thénard created it in 1818. If you are middle-aged, your mother knew it. Hydrogen Peroxide has never been absent from my home for more than the time it took for my next trip to the store.

FDA, which had stalled the company previously, gave Battelle an emergency authorization. In 2014, Battelle tried to get FDA to consider using their hydrogen peroxide machine to decontaminate N95 masks during a pandemic and resulting PPE shortage. A pandemic everyone knew was coming around again because of SARS in 2003, H1N1 in 2009, and MERS in 2012. 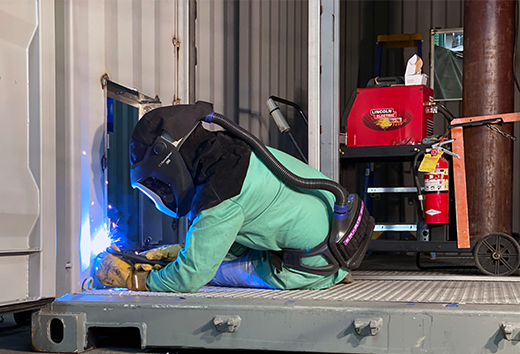 FDA couldn't be bothered because there was no pressing need, and it would have cost the company a fortune under the 'any change of a color on a label means it must be treated as a new product' bureaucratic mechanism.

FDA is why Mylan can make a fortune with its EpiPen. Everyone understands how epinephrine and needles work after a century together but why will a company enter the market in order to spend hundreds of millions of dollars for approval in order to charge less than the company that has made itself the leader by navigating government blockades? Large companies exploit government to block competitors. Unlike what activists claim, there is no corporate conspiracy for science inside government, the conspiracy is against it, courtesy of groups that get their consultants on panels and lobby politically allied members of Congress to claim science is dangerous.

FDA didn't really want to approve this hydrogen peroxide machine and it's easy to understand the cultural reasons why. If people start to realize that science which has been understood for 200 years does not require massaging career government employees for giant chunks of time and money, there might be questions about why there are so many career employees preventing breakthroughs from reaching the public faster. So FDA approved it for 10,000 devices, conceding it is not that complicated to have hydrogen peroxide vapor kill microbes for two and a half hours. Republican Ohio Gov. Mike DeWine said he was going to overrule FDA and worry about the consequences later if they did not remove the cap so the Ohio machine could also help New York and President Trump sided with him.

So on Sunday, FDA Commissioner Stephen Hahn  issued an amended authorization and it can now be used for 80,000 masks. Per day.

Partisan academics and certainly journalists hate Trump, but by forcing government to stop creating ridiculous obstacles to innovation he may have done more to improve science for the public than anyone since Reagan.

Back to Environmental Working Group and its chemophobia fundraising tactics. What does this newly re-emerged acceptance of science mean for the organic industry, and its evil twin the anti-vaccine movement? They may be finished. Robert. F Kennedy going on conspiracy rants about 5G cellular service and how agriculture caused this virus now looks as weird as if he were to recommend skull drilling or Samuel Hahnemann's homeopathy.

I've often lamented the struggles of being a science education nonprofit; 'your food is safe' is a terrible call to action whereas if I shrieked that EPA and Big Formeldehyde were entwined in some corporate conspiracy I could raise millions telling people only a big check from them could stop it.

Now people are back to being pro-science. All that had to happen, unfortunately, was for a real crisis to occur. Not "endocrine disruption" nonsensical u-shaped curves or virtual pollution, an actual threat.

With N95 masks under way, there is no reason this machine also couldn't be used for ventilators. Chemistry works. Here is hoping we remember that when activist groups and their allies inside government invoke 'needs more study' rationale to prevent lots of other potentially life-saving breakthroughs in the future.
Science 2.0
More Articles All Articles
About