The Titanic Was Found Thanks To The Military Wanting To Get Over On the USSR
By Hank Campbell | December 13th 2018 06:00 AM | Print | E-mail

Hank Campbell
The Titanic, the famed cruise liner that sunk to the North Atlantic Ocean floor in 1912, was discovered in 1985. But as was often the case, getting funding to find it was difficult, with every group assuming someone else must want to write a check for what was really just adventure.

So former U.S. naval intelligence officer Bob Ballard went to the Navy’s Deputy Chief of Operations Ronald Thunman, who said he also wanted to see the wreck found. But the military needed some compelling reason to be involved - and they had one. A state-of-the-art submersible craft like Ballard was developing could also find two nuclear submarines that had sunk in the 1960s - and because he'd be looking for the Titanic, which was somewhere between the two wrecks, the Soviet Union would never know what the military's goal was. 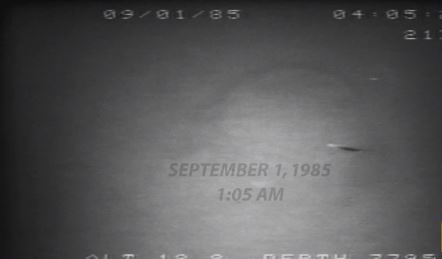 Thunman, now a retired vice-admiral, told National Geographic the real goal was always the sunken subs. Only when that was successful could Ballard search for the ocean liner. The USS Thresher went down east of the U.S. in 1963 during deep-dive testing, killing all 129 crew members, while 99 aboard the USS Scorpion perished near the Azores in 1968.

Ballard did find both, and found both nuclear reactors were safe, which was the military's real worry. There was no sign of violence and their missions was accomplished so with 12 days left Ballard and crew began the search for the Titanic - and made history.
Science 2.0
More Articles All Articles
About