Unification of General Relativity with Quantum Field Theory is the greatest mystery of physics, the holy grail of theoretical physics, and also a graveyard of theories. Everyone who has chosen has chosen poorly so far. Working on this problem from another point of view than the usual one I have been lead to the same basic insight as is found in string theory. That at some fundamental level the universe can be described exactly given either enough harmonic oscillators, or the right set of variables in which the behavior is that of a harmonic oscillator.

This insight has come from expanding on my work of recent years on unification. (Relativization link.) Setting up and solving the equations every way imaginable. The result has always lead back to some form of harmonic oscillator in one system of variables or the other. Extracting predictions about the real world has then been a matter of inverting a coordinate transformation to get predictions for ordinary space time. Though I am not ready to publish this for any sort of peer review, pre - publication or post-publication. 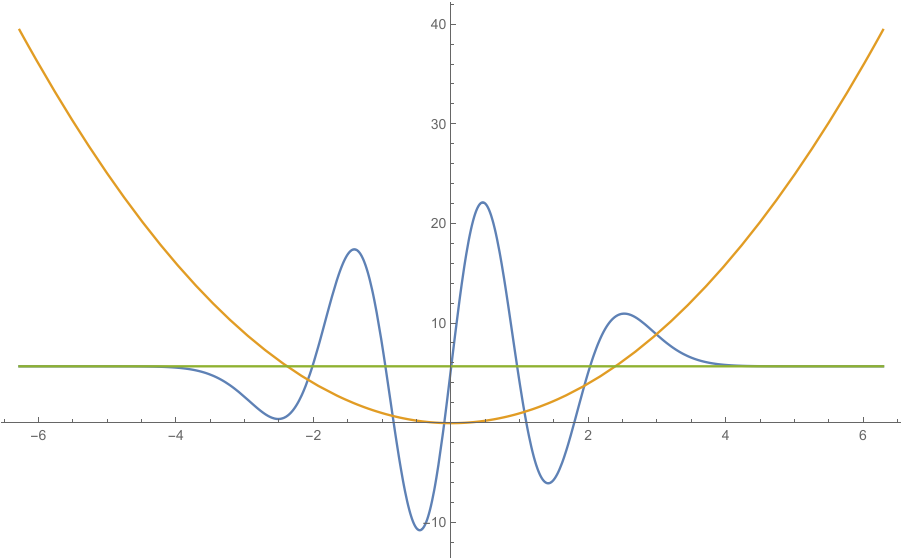 The second plot is that same solution with the variables this unified field was formulated in substituted. Namely the Lagrangians for the standard model and General Relativity. Treating them as simply variables in a space. The third dimension of this space, the dark sector, is being ignored in this figure. 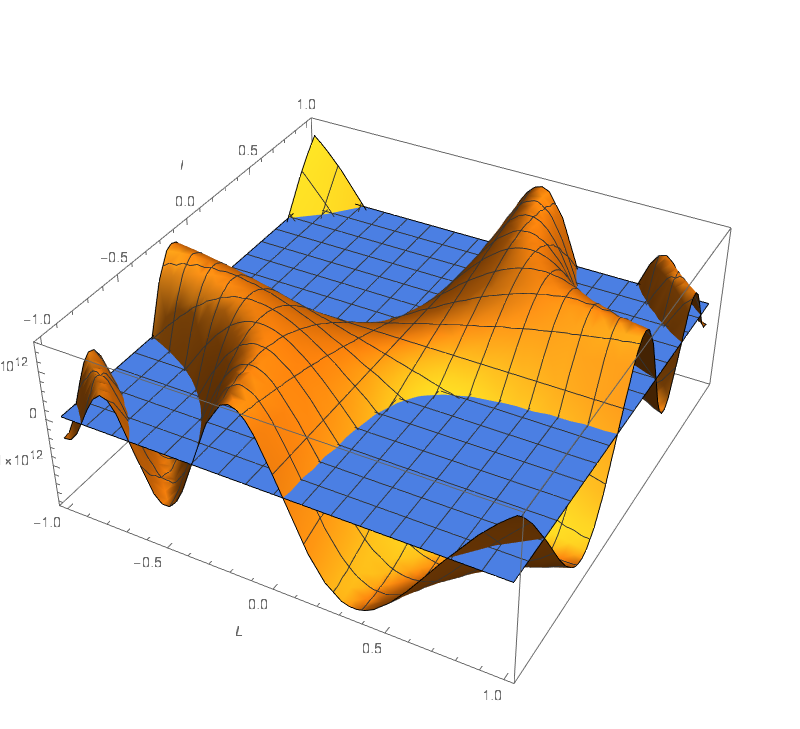 This all sounds crazy the world let alone the universe cannot be so simply described right? Well to see if this was sensible or not I decided to substitute some realistic functions of standard space time variables x y z and t and see what the result is. For R I used the value from the FLRW metric and for the standard model, which is full of so much complexity, for this situation I chose a simple oscillatory function 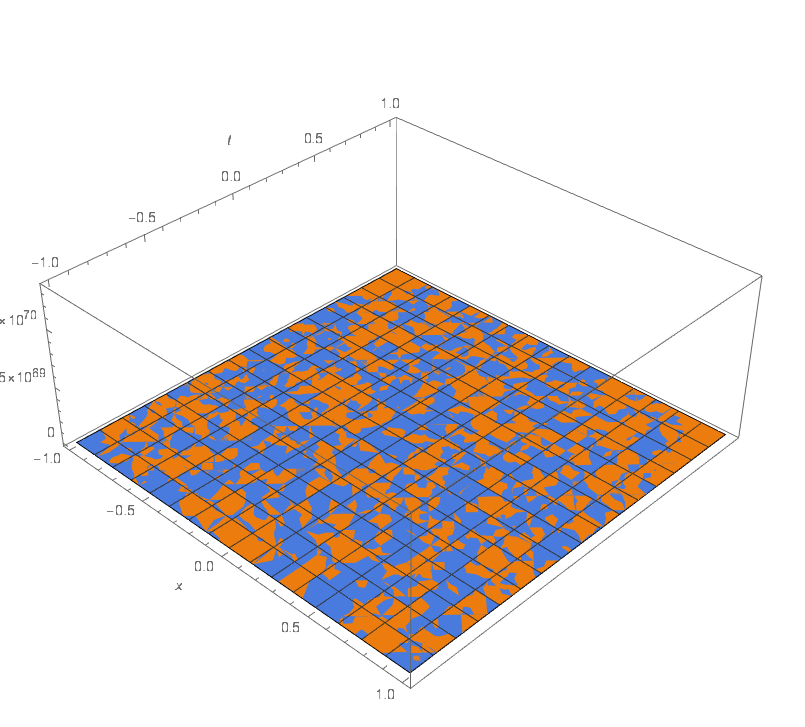 This is supposed to represent or model in some fashion the large scale structure of the universe. The physical data we have on that is the CMB imagery from the Plank and WMAP probes. Comparing a random square section of this data to that plot and the pattern qualitatively fits. This crazy sounding proposition actually fits with what we see in nature at the largest scale.

Here is the Mathematica notebook with all the details.

It seems to good to be true that things could work out so simply just my changing the way we think about the universe. I started from a set of axioms, some assumptions on the structure of an abstract space of energy like invariants (lagrangians) (1). Then derived from that a prediction that is a pretty good match to the available data. After that initial assumption the rest was just mathematics. This pairs with the result of (2) in which I showed that given a specific assumption for how the standard model would need to be modified the result is compatible with gravitational wave observations, and which is also compatible with our CMB observations.

Whats news is that this latest work in progress derives a result which resembles the CMB from first mathematical principles.

Caution is warranted. As this is so new even I who did the research have not formally posted or published it anywhere. I was even reticent to write a blog about it. Yet here is an example of a very simple looking set of mathematics leading to large scale complex structure. If this analysis is correct.

TLDR: To the non physicist of Twitter… yes everything is harmonic oscillators of some kind on some level to some approximation or given a large enough number of them. Even leaving aside the above 100% standard Quantum Field Theory says so too.

Maybe the simple thing is the real thing.