News Staff
The mass of the Higgs boson reported at the Large Hadron Collider in 2012, 125 GeV, looked lighter than the expected energy scale, about 1 TeV, say researchers at Aalto University in Finland, who now propose that there is more than one Higgs boson, and they are much heavier than the consensus.

New CERN experiments at 0.75 TeV suggested evidence of a second Higgs in that region and some scrambled to embrace it. Dr. Tommaso Dorigo of Science 2.0 dismissed it as a spurious 750 GeV signal observed by ATLAS and CMS in their mass spectra of photon pairs, no different than other spurious signals that ATLAS and CMS have seen in the past. 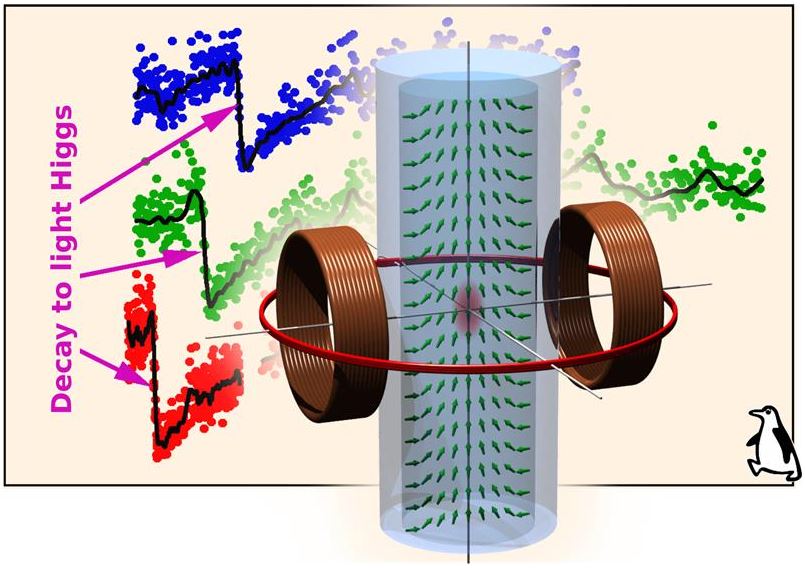 The researchers in Finland believe otherwise. “Our recent ultra-low temperature experiments on superfluid helium (3He) suggest an explanation why the Higgs boson observed at CERN appears to be too light. By using the superfluid helium analogy, we have predicted that there should be other Higgs bosons, which are much heavier (about 1 TeV) than previously observed,” says Professor (emeritus) Grigory E. Volovik.

Of course, life is easier for theoretical physics: invent, then say it is up to experimental physics to prove things right.