It's not easy to blame childhood obesity on sunsets but scholars at the London School of Hygiene and Tropical Medicine and the University of Bristol say that later daylight couldn't hurt - and they even defend daylight savings time, which most people can't find much good to say about.

The scholars analyzed the lifestyles of over 23,000 children aged 5-16 years in nine countries; England, Australia, USA, Norway, Denmark, Estonia, Switzerland, Brazil and Madeira and Portugal. They looked for associations between the time of sunset and physical activity levels, measured via waist-worn accelerometers; electronic devices that measure body movement.

The study found that children's total daily activity levels were 15-20% higher on summer days with sunset after 21:00, compared to winter days with sunset before 17:00. This was particularly the case in the European and Australian populations, and was observed even after the researchers adjusted for weather conditions and temperature. 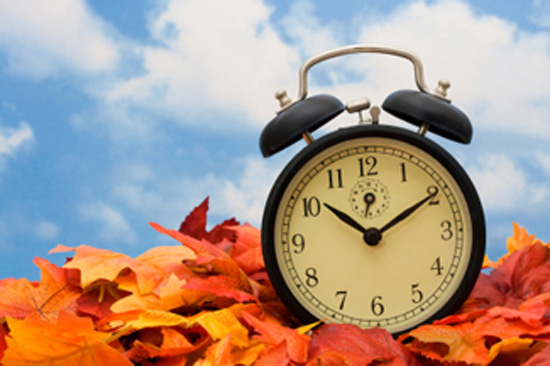 First author Dr. Anna Goodman, Lecturer at the London School of Hygiene and Tropical Medicine, said, "This study provides the strongest evidence to date that, in Europe and Australia, evening daylight plays a role in increasing physical activity in the late afternoon and early evening – the 'critical hours' for children's outdoor play. Introducing additional daylight savings measures would affect each and every child in the country, every day of the year, giving it a far greater reach than most other potential policy initiatives to improve public health."

As a result, they endorse proposals to shift the clocks forward by an additional hour year round. A Bill on additional daylight saving measures was debated in British Parliament between 2010 and 2012, with proposals which would have seen British children having an estimated 200 extra waking daylight hours per year. Several Australian states have also held repeated referenda on the topic, with the issue spawning the creation of the single-issue political party 'Daylight Saving for South East Queensland' in 2008.

The researchers estimate that the proposed additional daylight savings measures would lead to an average of two extra minutes of moderate-to-vigorous physical activity per child per day. With children spending an average of 33 minutes a day on this type of activity, the researchers say that an additional two minutes is modest but not trivial in relation to children's overall activity levels.

These effects also appeared to be broadly equitable, applying to girls as well as to boys; to overweight/obese children as well as to normal weight children; and to children from different socio-economic backgrounds.

Importantly, the study provides the best evidence to date that longer evening daylight plays a causal role in increasing physical activity. The first piece of evidence was that the timing of sunset corresponded to a sharp drop in physical activity levels. For example, when the sun set between 18:00 and 19:00 then those were also the hours during which physical activity fell fastest.

The second piece of evidence involved using countries' bi-annual changing of the clocks as a 'natural experiment.' By studying the activity of 439 individual children measured on the days just before and just after the clocks changed, the researchers showed that the same child immediately became more active on the days where the sunset had been moved an hour later.

The authors conclude that the introduction of additional daylight saving measures in Europe and Australia could yield worthwhile public health benefits. Senior author Ashley Cooper, Professor of Physical Activity and Public Health at the University of Bristol, concludes, "While the introduction of further daylight savings measures certainly wouldn't solve the problem of low physical activity, we believe they are a step in the right direction."